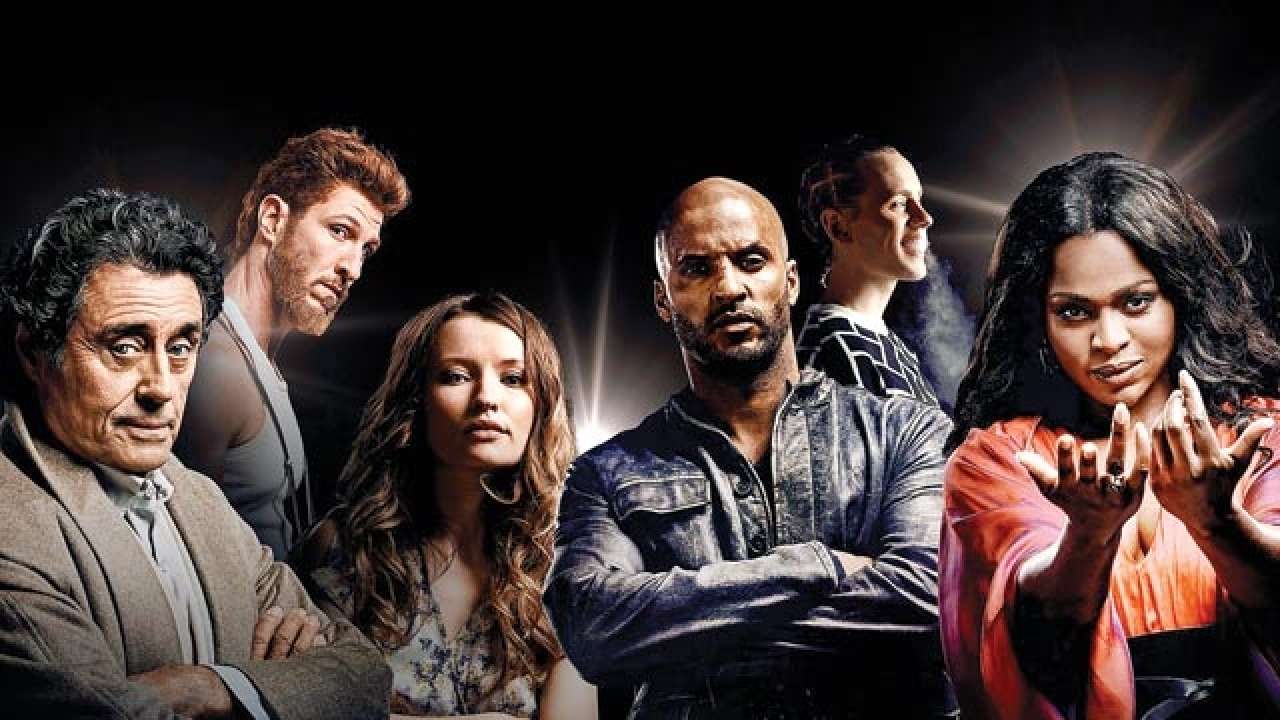 For those of you who aren’t acquainted with ‘American Gods’, expect an aesthetic crossover between ‘John Wick’ and a Tarantino film. The stylish, original, and thoroughly intense first season of ‘American Gods’ sent ripples throughout and industry and set benchmarks in its genre. The fantasy-drama show focuses on the freshly released Shadow Moon, a part-time boxing instructor and former thief, who comes home to the sad news of his wife, whom he met in a casino which he then later robbed and went to prison for, and his best friend’s demise. The autopsy reveals the two to be in an unsavory position while their death transpired. He is the introduced to the Gods and Goddesses on earth, hiding in plain sight using opaque alibis, through the eponymous Mr. Wednesday. ‘American Gods’ claimed massive ratings and universal acclaim for the first season and was instantly renewed for a second.

‘American Gods’ sits rather precariously with a Rotten Tomatoes score of 55%. ComicBook.com‘s Jenna Anderson has described the show as being a compelling return that holds just enough promise. She says, “There’s something compelling about the way that American Gods makes its long-awaited return, which will hopefully make fans continue to have faith in the series,”

American Gods Cast: Who is in it?

‘American Gods’ next season is going to be bigger and better and promises an overburn of Gods from different religions. Nudging the Old Pagan order and the Judeo-Christian deities in season one, season two had for us Mama-Ji, the Hindu goddess of war, who is played by Sakina Jaffrey. Apart from her addition, season two also reveals the face behind Mr. Town, amazingly well-played by American actor Dean Winters.

Devery Jacobs stars in the role of Sam Crow, “a college student. She is spiritually cynical for someone who claims to believe in so much. She lives life with fierce confidence and openness, selling the chainsaw art she carves by the roadside for extra money.” Season 2 also sees a reproduction of the character of Media. Kayhan Kim plays the role of New Media, “the goddess of global content — and in this age, a cyberspace chameleon, who is also a master of manipulation.” She replaced the outgoing Gillian Anderson, who wasn’t a part of season two.

American Gods Plot: What is it about?

Shadow Moon, an ex-convict, aims to reform his life and get back together with his wife, Lauren. On his release, he is notified of the deaths of Laura and Robbie, his best friend. Devastated, he confides in Mr. Wednesday, a mysterious and peculiar man, who later convinces him to work for him as his bodyguard. Following an altercation with Madd Sweeney, Shadow agrees to work for Wednesday and is later saved by the dead Lauren, who has temporarily assumed a bodily figure, swallowing Sweeney’s coin which Shadow won at the fight. Shadow is introduced to a world of Gods and supernatural forces which bewilder him and force him to carry on.

Season 2 sees the war between the two factions escalate as the New Gods have already issued their warning that they are not about to give up their position of power without a fight, which is bound to cost both sides dearly.

It will be interesting to see the direction that the next season is going to take.

American Gods Season 3 Release Date: When does it premiere?

American Gods Season 2 premiered on March 10, 2019. Fans of the show will be delighted to know that the Starz series has already been renewed for Season 3 and has also brought on a new showrunner to helm the upcoming season, as reported by Variety. The premium cable show is bringing on Charles “Chic” Eglee of ‘The Walking Dead‘ and ‘Dexter‘ fame to serve as both showrunner and executive producer. Going by the pattern of the release of previous two seasons, American Gods Season 3 is expected to release sometime in October or November, 2020.

Season 1 was helmed by Bryan Fuller and Michael Green, while the sophomore season fell to Jesse Alexander of ‘Heroes’ fame. Hiring Eglee as the showrunner seems to have gone down well with Neil Gaiman, who wrote ‘American Gods’, on which the show is based. Gaiman also serves as the executive producer of the show. He commented, “I’m thrilled American Gods has been renewed for a third season, and even more thrilled that I’m getting to work on it with Chic Eglee. Chic is the best partner-in-crime. We’ve been working for weeks now on the shape of the season and I’m delighted that he gets to carry the American Gods torch on to glory. Thank you to Fremantle, Starz and Amazon for having faith in the series, to Bryan, Michael and Jesse for bringing it this far, to all the cast and crew, and most of all to the viewers. It’s their love of the characters that took us to this point, and will take us on to the next chapter”.

While we wait for an update on season 3, check out the season 2 trailer to refresh your memories. If you haven’t seen the show yet head over to Starz to catch all the episodes of the previous seasons