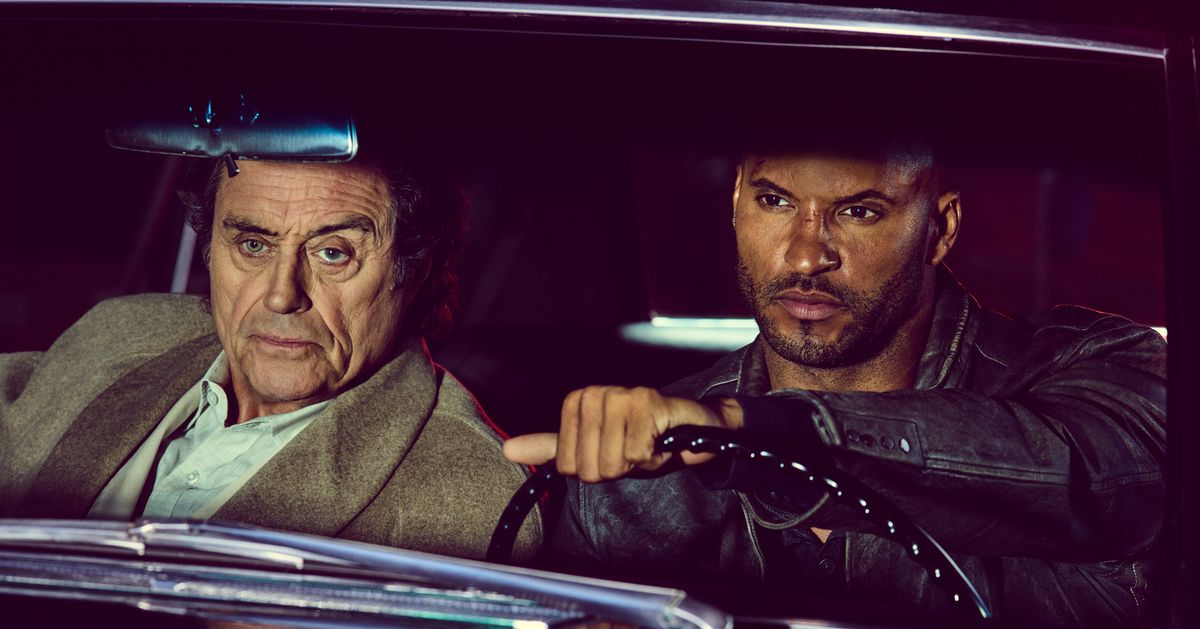 Starz’s ‘American Gods’ Season 3 returned with its 3rd episode on January 24, 2021. The story is set in the late 1800s on a small farm in Pennsylvania. We meet a mother and her two daughters and later, on the same night, the mom performs a ritual, sacrificing a pig. Demeter emerges from the flames and transforms the barren soil into a field of lush green corn stalks. The scene then shifts to the current times when Wednesday prepares for a trip with Cordelia. They hit the road to visit Demeter. This is where they learn about the demise of Blood Death’s metal band members.

Shadow calls when Wednesday shows off his fake marriage certificate to Cordelia. He asks for an address for Bilquis. After some discussion, Wednesday gives him the information. The All-Father meets up with Hutchinson about Demeter. She was dancing nude when she is picked up by the cops. Wednesday speaks on her behalf and cooks up a story, pretending to be her husband who can take her home. Shadow embarks on a trip to New York to see Bilquis and runs into Marguerite. He also sees a headline about a missing girl called Alison.

The episode wraps up with Shadow arriving at Bilquis’ place and finding it in disarray. There’s blood on the floor and Techboy is seated on the floor, shaking. Well, after the 3rd episode, ‘American Gods’ Season 3 is now gearing up to release its 4th episode. And here is everything you need to know about it.

The 4th episode is called ‘The Unseen’. And here is the official synopsis as outlined by Starz: “As the search for the missing girl continues, Shadow dreams of Bilquis; Wednesday discovers the whereabouts of his old love, the Greek goddess Demeter, and resolves to free her.” You can also watch its promo below: