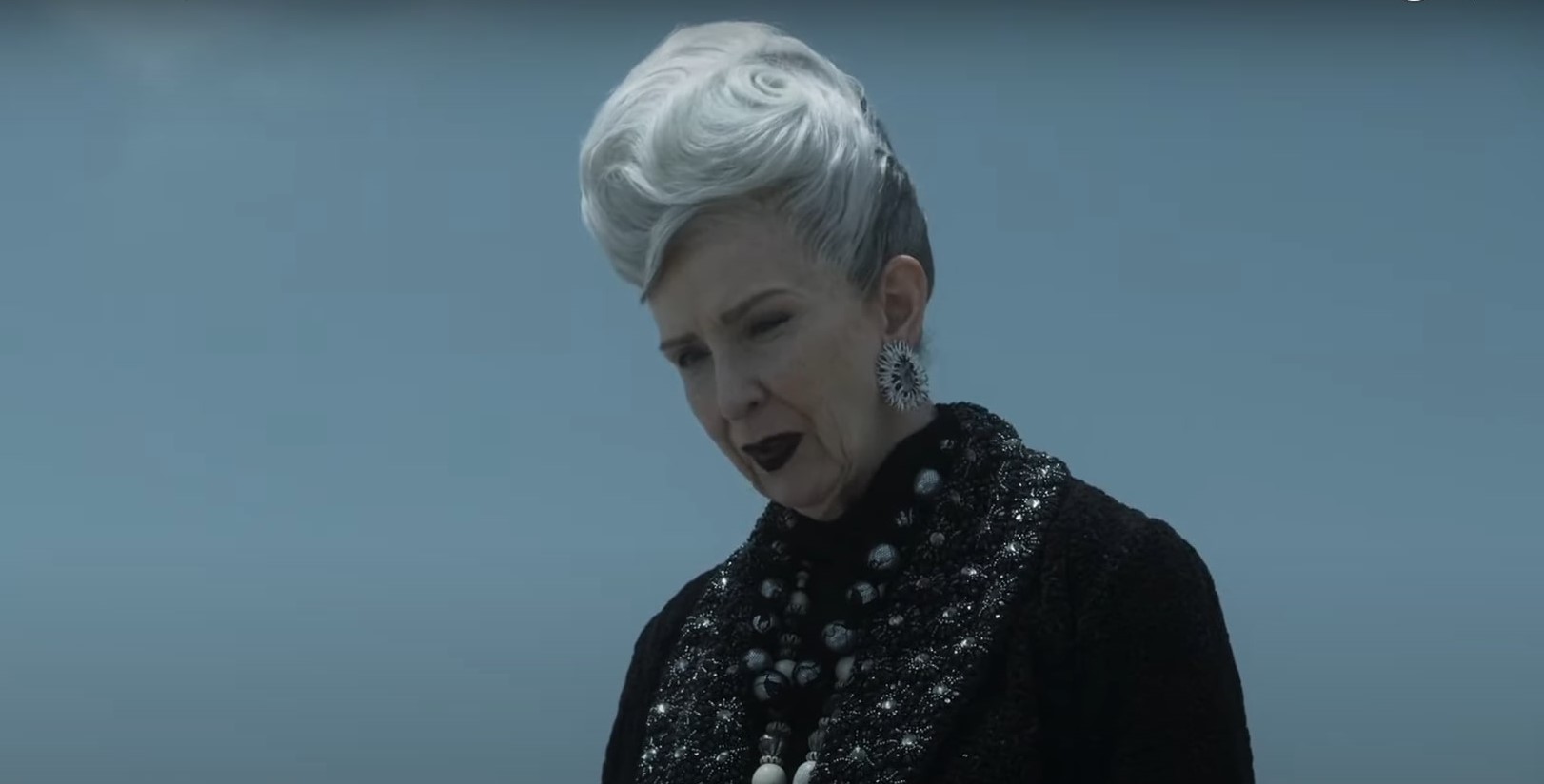 In this week’s episode of ‘American Horror Story,’ the Gardners find themselves in a difficult situation. Alma and Ursula try to convince Doris to take the pill, which leaves the latter in two minds. Karen is asked to retrieve the Gardners’ baby, who she is determined to protect. However, when surrounded by a savage group of bloodsucking creatures, she makes irreversible choices. If you want to know more about episode 5, our recap section can help you with that. Now, here is what ‘American Horror Story: Double Feature’ episode 6 could reveal!

You can watch ‘American Horror Story: Double Feature’ episode 6 on your television screens by tuning in to FX at the date and time specified above. You can also use your active cable subscription to stream the episode on FX’s official website or FX Now. In case you are looking for other viewing options, you can live stream the sixth episode on Philo TV, Sling TV, Fubo TV, DirecTV, YouTubeTV, and FX on Hulu. The upcoming episode will be available on Hulu a day after its television broadcast. Additionally, you can watch new episodes by purchasing them on Amazon Prime Video, iTunes, Microsoft Store, Vudu, and Google Play.

The show just continues to get more bizarre as more people take the pill and face their fate. In the sixth episode, titled ‘Winter Kills,’ Ursula will come up with a menacing plan that might cost more lives. Meanwhile, the Gardners will prepare for their final move. Here is a sneak peek into how the story will end for the people of Provincetown.

The fifth episode, titled ‘Gaslight,’ starts with Harry and Doris welcoming their new baby, but things are far from normal. Doris walks in on Alma sucking blood from her baby brother’s toe, the urgency of which is reduced by Ursula to a mere dream. However, the teeth marks give away the truth, after which Alma offers Doris a pill. Initially refusing to take the pill, Doris changes her mind. Unfortunately, that doesn’t bode well for her, and Harry has to prevent her from murdering their baby.

Later, it is revealed that Alma and Ursula had intended to give the pill to Doris, knowing that she was not talented enough. We know what that means for someone who has taken the pill! In the end, Doris is rendered talentless and irreversibly transformed into a Pale Person. Ursula introduces Alma to the Chemist, hoping that the girl might be able to seal the deal. Elsewhere, Mickey climbs the ladder of success while Karen has hit rock bottom.

Belle asks Karen to fetch the Gardners’ baby, but Karen says no. Then, she proceeds to save the baby but runs into Doris and, later, an army of Pale People. Thus, closing the only door of safety Karen had. Mickey is unwilling to save her if she does not take the pill. So, he prepares to leave her with a bunch of untalented-people-turned vampire/zombies. With no other option left, Karen swallows the pill. Finally, she kills Mickey before slitting her wrists and retiring into the ocean.