When Will American Horror Story Season 10 Premiere on FX? 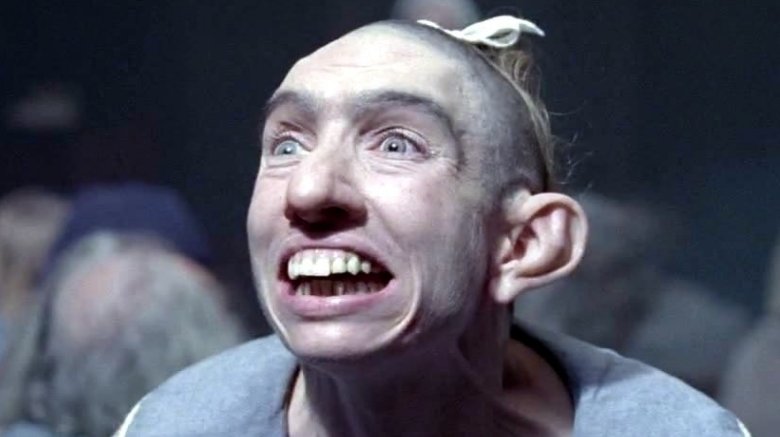 ‘American Horror Story’ aka AHS, one of the longest-running shows on FX, is an anthology-style horror-themed tv series. Created by Ryan Murphy and Brad Falchuk, it follows a format, where each year broadcasts a self-contained miniseries, comprising of around 9 to 12 episodes. Across the seasons, we meet different characters, narrating their stories against varied backdrops. Each tale has a start, middle, and definitive conclusion. Certain story arcs are also inspired by true events.

One of the highest-rated titles on FX, the show has had nine successful seasons so far. Now the question is, will there be an ‘American Horror Story’ season 10? We will delve into that question, but first let’s quickly look into the details of the series.

American Horror Story Cast: Who is in it?

‘American Horror Story’ features a rotating panel of stars across its seasons. However, several actors even appear in multiple seasons enacting new roles — such as Sarah Paulson, Evan Peters, and Lily Rabe, who play characters in eight of the nine seasons. Additionally, many of the performances have received immense praise from viewers, with Jessica Lange winning two Emmy Awards, one Golden Globe Award, and a Screen Actors Guild Award. Kathy Bates and James Cromwell have also won Emmys and Lady Gaga has received a Golden Globe Award.

Season 10, when it is released, is expected to feature recurring characters from previous seasons, including the witches from the third season titled ‘Coven’ and the eighth season called ‘Apocalypse’. According to an announcement by creator Ryan Murphy in November 2019, he stated that a couple of cast members from the first three seasons might return for the upcoming tenth season. He stated, “The people who helped build this show into what it is, who believed in it from the beginning, have been contacted and are interested. So, if you look at the iconography of the first three seasons, you can figure who I’ve gone to and who might be coming back.” He further added that season 10 would be “about reuniting fan-favorite actors to come back.”

American Horror Story Plot: What is it about?

Each season of ‘American Horror Story‘ revolves around a particular story. For instance, season 1 is about a possessed house that still holds spirits of its former inhabitants and continues to haunt its new residents. Season 2 follows the various encounters of the staff and experiences of inmates in an asylum. Season 3 is centered around a coven of witches who engage in a deadly battle against anyone who dares to destroy them. The fourth season focuses on the last remaining freak shows that take place in Jupiter, Florida, in the early 1950s.

Season 5 takes us to California in 2015 and revolves around bizarre events in a haunted hotel. The sixth season is also centered on paranormal sightings, but this time, the location is a remote farmhouse. Season 7 follows the activities of a sinister cult, which terrorizes inhabitants of the neighborhood. The eighth installment features the previous witches from season 3 as they engage in a fatal face-off with Antichrist from the haunted house featured in season 1.

Season 9 is titled ‘1984’ and is set in Los Angeles in the same year. It chronicles the various encounters of a group of staff members at Camp Redwood, which attempts to restart functioning after a gory massacre. Brooke Thompson arrives in this newly opened summer camp that is located in an isolated stretch in the woods. She comes here to work as a counselor, after having faced the sinister serial killer, Richard Ramirez. Alongside Brooke, we also meet her other companions, including Xavier Plympton, Chet Clancy, Ray Powell, and Montana Duke.

But as soon as the group reaches Camp Redwood, they meet the highly conservative and religious owner, Margaret Booth. Once upon a time, she used to be a student at the camp and has previously encountered a killer. Among the other residents, we meet nurse Rita, counselor Trevor Kirchner, and chef Bertie. Gradually, the arriving crew starts settling in the area but within the first week itself, they hear a bit of news, which says that the violent serial killer Benjamin Richter has escaped from the asylum and his immediate target is the camp. But what seems to be a simple case of a mass murderer turns into a complicated mix of events after the revelations of additional secrets about the counselors. Throughout the episodes, repetitive flashbacks also shed more light on the troubled past of Camp Redwood, which also includes the actions of Richter’s abusive mother Lavinia.

Season 10 would, of course, narrate an entirely different story. But we expect a mix of previous storylines, picked up especially from the first three seasons of the series.

American Horror Story Season 10 Release Date: When will it premiere?

As far as a next season goes, here’s the good news. On August 3, 2018, the series was greenlit for a tenth season. FX has not come up with an update on the release schedule yet, but it’s pretty simple to come up with a prediction, considering the show’s regular air dates over the years. Our best guess is that ‘American Horror Story’ season 10 will premiere sometime in September 2020.

While we wait for an update on ‘American Horror Story’ season 10 release date, you can watch the official trailer for season 9 below: