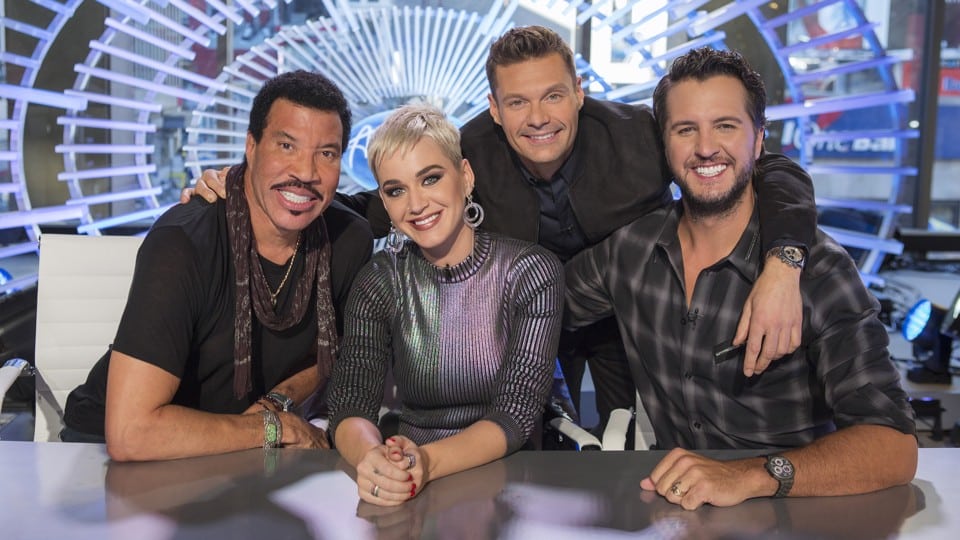 ‘American Idol’ is a music competition reality television series that needs no introduction to those who follow reality shows. A long-standing show, ‘American Idol’ used to air on Fox from its inception till 2016, but it currently airs on the ABC network.

Created by Simon Fuller, the show started off as one based on Fuller’s British music competition show ‘Pop Idol’, which aired from 2001 to 2003. Season 1 of ‘American Idol’ premiered more than a decade back in 2002, and since then, the show has seen a whopping 17 seasons air, and has become one of America’s most successful and popular television shows. As it stands, ‘American Idol’ season 17 is done and dusted, and fans of the show are already looking forward to season 18. Here’s everything we know about it.

American Idol Cast: Who is in it?

Being a reality show that has spanned for nearly two decades, ‘American Idol’ has seen dozens of contestants. Even the judges for the show have undergone some changes over the years.

In the ongoing Season 18,  Keith Urban, Jennifer Lopez, and Harry Connick, Jr. are expected to return as judges. Of course, we will also see a set of entirely new singing talents competing the top prize.

American Idol Plot: What is it about?

‘American Idol’ is a music competition reality show that has seen some format changes over the years. However, the basic format of the show has remained the same and it involves a panel of judges who hear all contestants perform during auditions, and select a bunch of “top contestants” who proceed to the main rounds. In the main rounds, there are different forms of competitions, including solo and duet competitions, in which the contestants have to take part. After each such round, the judges of the show critique the contestants and decide who gets to progress to the next round. This continues, through the elimination and the semi-final rounds, until just two contestants are left. These two remaining contestants then compete for the title of ‘American Idol’ in the season finale, and the winner gets the title and recording contracts which can be as valuable as one million dollars.

A notable aspect of ‘American Idol’ is that it allows the television audience to vote for contestants who they think have been outstanding performers. By allowing this, the show gets the audience actively involved in each round, and allows contestants to be judged by the world at large rather than by a few judges. Further, ‘American Idol’ also gives viewers glimpses into the lives and the struggles of the contestants, thereby adding another dimension to the show.

In Season 17, the auditions involved performances by 40 contestants, from whom 20 were chosen to proceed to the following rounds. As the show progressed, contestants were gradually eliminated till only one remained and took home the title of ‘American Idol’.

Now that we have gone over the format of the show, a bit must be said about its legacy. Since its inception in 2002, ‘American Idol’ has been an outstanding commercial success, attracting as many as 30 million viewers per season (in its heyday), and attracting advertisements and sponsorships from industry giants such as Coca-Cola, AT&T, Ford, and Apple’s iTunes. It has also been a cultural phenomenon, insofar that it has inspired dozens of other singing competition shows such as ‘Rock Star’, ‘The Voice’, ‘The X-Factor’, ‘Rising Star’, ‘The Sing-Off’, and ‘Nashville Star’. Further, it has also inspired non-singing reality shows, such as ‘Dancing with the Stars’ and ‘So You Think You Can Dance’, and has made reality competition shows a staple of American television.

American Idol Season 18 Release Date: When will it premiere?

‘American Idol’ season 17 premiered on March 3, 2019. As far as the next season goes, we have good news for the fans. On May 13, 2019, ABC renewed the show for another season. ‘American Idol’ has seen its ratings and viewership decline over the past few years, and the makers are trying to reinvigorate viewers’ interests in the hugely successful show. ‘American Idol’ has been a mainstay of American television for nearly two decades, so it was a forgone conclusion that ABC would renew the show. Note: American Idol season 18 is the same as American Idol season 3 when seen from ABC’s point of view, since the show has seen only two seasons at abc.

Even though no release date was announced, we would expect ‘American Idol’ Season 3 to air sometime in March, 2020. We are keeping our ears open for news on the release date of the show, and we will update this section when we hear more.

While we wait for release of ‘American Idol’ season 18, here is the trailer for Season 17 to refresh your memories.