American Idol S18 E07: When and Where to Watch? 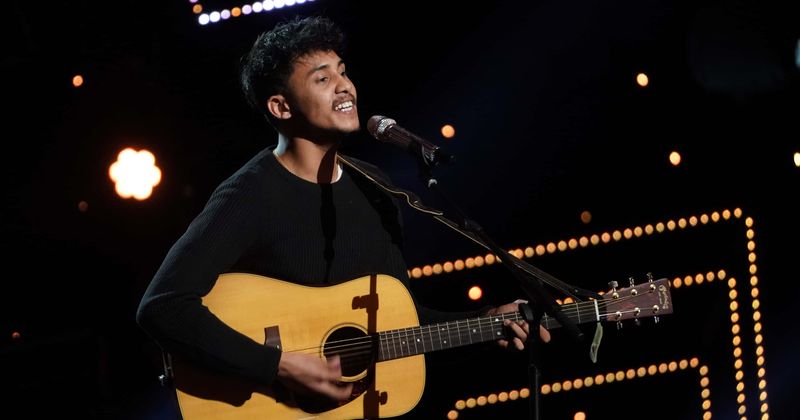 The current season of ‘American Idol‘, that is, Season 18, just wrapped up the auditions in the previous episode. We have had the privilege of seeing some amazing performances while being made privy to some touching tales. With the current talented performers, Hollywood Week is bound to be a blast.

Naturally, you might be wondering about what twists and turns take place in the latest episode. We are here to tell you that, as we walk you through when and where to watch the upcoming episode.

American Idol Season 18 Episode 7 Release Date: When Will It Premiere?

‘American Idol’ Season 18 Episode 7 is slated to be released on March 22, 2020, at 8 PM ET. The episode will be a continuation of Hollywood Week, and the performers will have to pair up for a duet challenge.

The episode starts with the judges informing participants that they would be divided up according to their genres. They’d have to face someone from within their genre. Singer/Songwriter is the first category, and Arthur Gunn manages to stand out. The judges are eager to save him from elimination.

Robert Taylor also manages to amaze with a brilliant second performance. As for Kay Genyse, she does not choose her song smartly. The ballad she wants to do is not executed well enough. As a result, she is sent home at the start of Hollywood Week. However, she promises to work on her skills. Next up, is Cyniah Elise. She is still accompanied by her huge entourage.

When it comes to performing, she really manages to stand out in the R&B genre. Makayla Phillips is up next. Her performance is a little uneven, but her soulful voice is enough to see her through to the next round. Sam performs next, and we understand her sweet story of carrying her lucky box. Being a street musician, Sam wants the box next to her to feel comfortable. It goes on to help her deliver an amazing performance.

Francisco Martin gets up and is still nervous. However, he has nothing to worry about, because his performance sees him through. Johnny West is there with his girlfriend, and he delivers a stellar performance. Margie Mays also performs later, in the pop genre, and they both make it through.

The Country genre is next, with Lauren Mascitt starting. She shines on her own, despite having her fiance with her during the auditions. Hannah Prestridge takes the stage next, and her performance has some misses. However, it is moving, and the judges decide to send her through. Grace Leer also makes it through to the next round.

When it comes to the Soul genre, Amber Fiedler goes up first. The then-pregnant mother has now put her baby up for adoption. Still healing, Amber delivers a stunning performance, nonetheless, earning her a standing ovation from the judges. Sophia Wackerman and Jovin Webb deliver strong performances that see them through. Unfortunately for Doug Kiker, his performance happens to be in the wrong note. Coupled with his nervousness, he cannot deliver his best and is sent home.

Due to some tough eliminations, the competition is heating up, and we cannot wait to see what the upcoming episodes have in store.