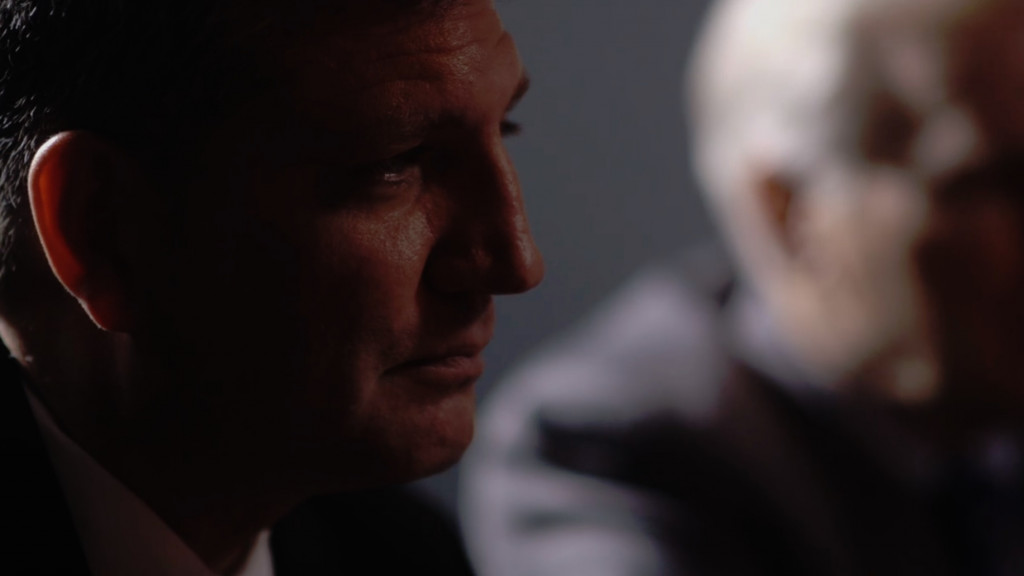 American Nightmare Cast: Who is in it?

The show focuses on true crime stories as told by the victims’ families and detectives who worked the case. The show has some real time footage- CCTV’, family videos, and crime scene photographs, etc. Although there is some dramatization with actors, you can expect to see more of real people. The cast has actors like Heather Cazes, Kevin Wayne Walker, Anthony Franco, Kayla Gibson, and Lucas Bentley among others. The show primarily focuses on murder mysteries solved by dedicated law officers who make appearances from time to time.

American Nightmare Plot: What is it about?

Season 1 of American Nightmare has six one hour episodes, all of which revolve around a gruesome murder. The show features the horrifying murder of Alexandra Duscay by her ex-boyfriend Matthew Pugh and also the double murder of newlyweds Michael and Missy Maclvor, among others. The first episode is the story of the murder of college senior Rebecca Payne. She was brutally shot down in her own apartment. The show unfolds the mystery behind her murder with interviews, real footage, and a few dramatised scenes. Virginia and Nicholas Payne, parents of the victim, refuse to give up on the search for the killer. They talk fondly about their daughter who was known for her charismatic personality and how she was loved by her friends and family alike.

We also get a good look at the murder of Danielle Jennings who is found strangled in her apartment. It is assumed that the young mother knew her killer as there is no sign of forced entry, but it is revealed later that the monster responsible for her death could have been very difficult to pin if not for the witness who comes forward with his side of the events.

The tension and intensity of the show build up gradually. The format allows the viewers to get a thorough look into the crime from the beginning to the end, regardless of how long it has been. We are taken through the entire investigation by the detectives themselves. For instance, it is four years since Rebecca Payne was murdered before ID took responsibility to reopen it. It is up to their investigators to solve these mysterious homicide cases without DNA, motive, or witnesses.

The stories are shocking and listening to people talk about their loved ones is heart-wrenching. The dedication of the police officers and the resilience of the victim’s family will surely leave a mark with the viewers. You will feel emphatically connected to some of the stories. The content of the show may not be suitable for some viewers. The seriousness and brutality of the crimes cannot be digested by all.

American Nightmare also paints a complete picture of the crime with home videos of the victim. When someone dies a brutal death, people only remember the crime. Seeing the victims in the sanctity of their homes, alive and well, magnifies the intensity of the murder. We can truly understand how the family was broken apart by the killer and how life can change in a minute. The show teaches us to appreciate life and loved ones. Watching the families discuss how their lives were totally upturned and left shattered by the killer will break your heart a little. American Nightmare showcases that families are the source of strength in our lives. The unpredictability of life is beyond our control but what we do in the moments we live is the only thing that matters. Sometimes crimes seem senseless like Rebecca’s accidental murder that we are left feeling out of control. It may seem unfair, and it is undeniably so, but all we can do is live a good life and bring happiness to those around us.

American Nightmare Season 2 Release Date: When will it premiere?

Season 1 aired on ID network from January 1, 2019, to Feb 12, 2019. With just six episodes, it was one of the shorter series produced by the true-crime channel. There is no official announcement about a new season. But fans of the channel can enjoy other shows that premiered alongside American Nightmare this year. We can expect season 2 of American Nightmare to release sometime in January, 2020.

If you have been a fan of the ID network, you know what to expect from their newest show- American Nightmare. The channel is known to bring the worst of crimes on your screen. Dramatizing true-crime stories to give a voice to the victims and their family is the ongoing theme for the channel. The added footage of home videos and personal interviews is what makes American Nightmare stand out from the other shows on ID. There is no official trailer for the show, but you can enjoy the episodes on Prime Video.