What to Expect From American Ninja Warrior Season 12 Episode 1? 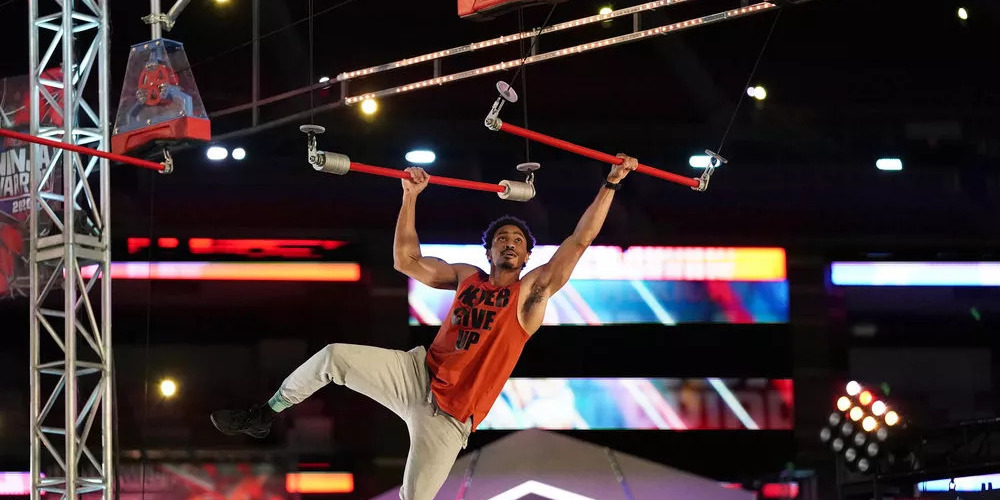 Since December 2019, ‘American Ninja Warrior’ has been serving as a platform for highly skilled and adept athletes to compete with each other to earn the eponymous title and a cash prize of $1 million. Over eleven seasons, the show has introduced a variety of contestants or “ninjas” ranging from Olympic athletes, MMA fighters, pro-wrestlers, celebrities, and numerous regular people who put their dexterity, flexibility, and physical strength to an ultimate test by attempting to finish the unforgiving course obstacles. The popular sports-based NBC show is back for the twelfth season, which is going to be unlike any of the previous seasons. Wondering what can happen in the premiere episode, i.e., ‘American Ninja Warrior’ season 12 episode 1? We have got your back!

‘American Ninja Warrior’ season 12 episode 1 will release on Monday, September 7, 2020, at 8 pm ET on NBC. It will only feature eight episodes instead of the usual 10+ episodes. After airing all the weekly-episodes, the series will wrap up its run on October 26, 2020.

You can watch ‘American Ninja Warrior’ season 12 episode 1 by tuning to NBC at the above-mentioned time. You can also catch the show on NBC’s official website and on the NBC app. If you don’t have a cable subscription, you can watch the show on Sling TV, Direct TV, and Fubo TV. Previous seasons of the show are available to stream on Hulu and Philo TV. ‘American Ninja Warrior’ is also available as a VOD service on YouTube TV. You can also purchase the preceding episodes on Amazon Prime.

What to Expect From American Ninja Warrior Season 12 Episode 1?

“Is it happening or have they pushed it to 2021?” This is exactly what was going on in the minds of many fans of the show until the network dropped the premiere date and other details. Now, before you rejoice and dream about savoring the epic national finals in LA, we would like to break it to you that owing to the COVID-19 restrictions, season 12 will follow an abridged format, and mind you, it has undergone a lot of changes. Episode 1 is going to be the first qualifier round. Here’s everything you need to know about the format – first and foremost, it will be a three-stage edition, with several inclusions.

Instead of the regional and Las Vegas national finals, the series will have six-obstacle course qualifiers, ten-obstacle course Semi-Finals, and the last round is set to feature a 10 obstacle course, along with a Power Tower playoff bracket. The shooting of the season took place entirely on one location – The Dome at America’s Center at St. Louis, Missouri. Instead of a live audience, the show will feature a virtual audience on LED stands next to the obstacle courses, to cheer and motivate the contestants. Due to the filming constraints, the season will feature All-Stars, i.e., 50 ninjas from previous seasons, who bring along two other ninjas, comprising a returnee and rookie.

For this season, besides slamming the buzzer, the ninja will have to ensure he/she is keeping a time-check because if the number exceeds 12, the ninja who has finished the obstacle in minimum time proceeds further in the competition. Also, the top 2 ninjas from each episode will bag a chance to face-off in the Power Bracket, and the winner earns the power to bring two ninjas to the semi-finals, regardless of their standing. With the returning contestants and a reshuffled format, we are sure the competition in the season is going to be cutthroat.