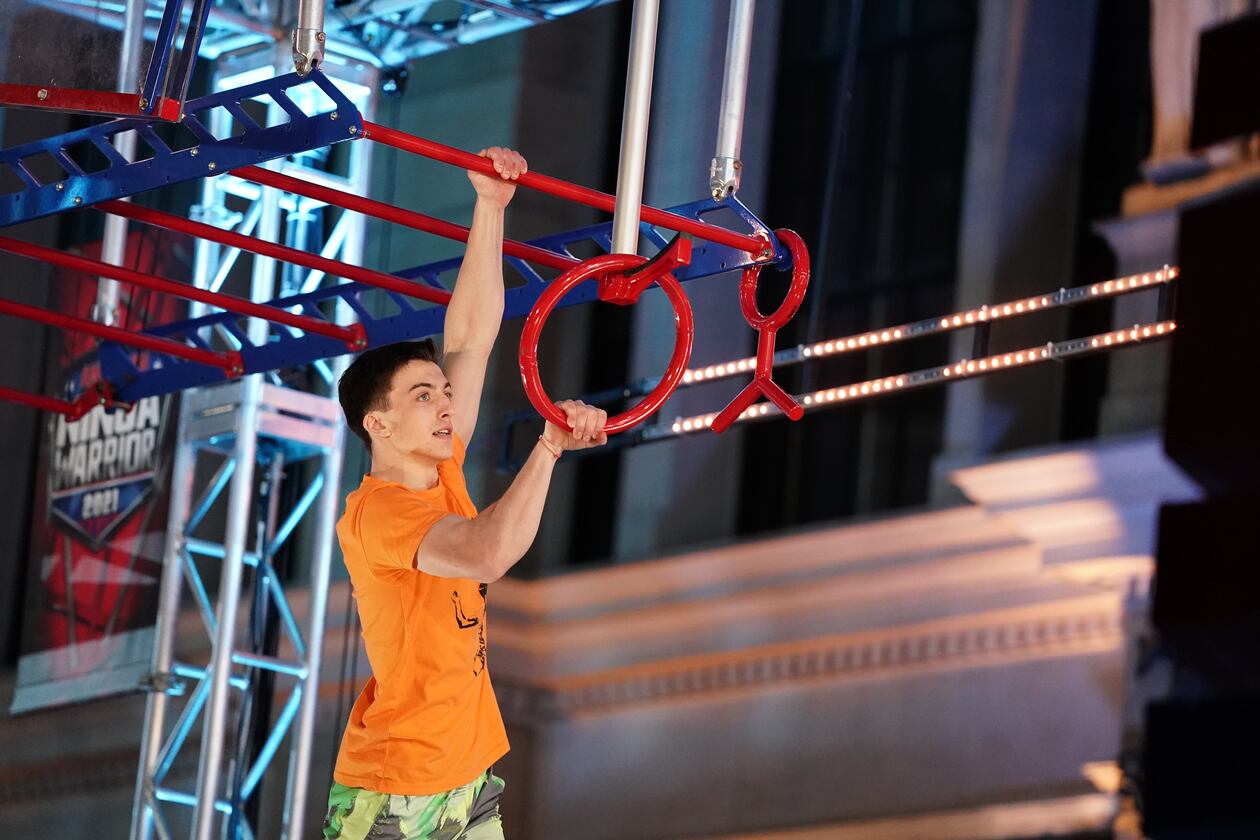 The seventh episode of ‘American Ninja Warrior’ season 13 followed the second round of Semi-Finals in Los Angeles. A new obstacle called Padlock gave the ninjas a run for their money. It goes without saying that the best ones still managed to advance to the Finals in Vegas. If you want more details about the latest episode, you can read more in the recap section. Now, here is everything ‘American Ninja Warrior’ season 13 episode 8 has in store!

To watch ‘American Ninja Warrior’ season 13 episode 8 live on TV, tune in to NBC at the above-mentioned date and time. If you skip the television premiere, you can stream it later on NBC’s official website or the NBC app. Others can resort to live-TV websites like Sling TV, YouTube TV, DirecTV, Philo TV, and Fubo TV. In addition, Hulu users can easily watch all the episodes of the show here! Apart from that, you can also rent/buy the episodes on VOD services like Amazon Prime, iTunes, and Apple TV.

Episode 8 of ‘American Ninja Warrior’ season 13 will pretty much stick to the usual format of the Semi-Finals taking place in Los Angeles. The ninjas will face a series of obstacles, including a new one called Drop Zone, which will be revealed in the upcoming episode. The Split Decision will consist of an upper-body and balance obstacle that the ninjas will have to choose from. The finishers with the fastest time will compete in the Power Tower, ensuring a Safety Pass for the winner in the National Finals.

The seventh episode featured a strong group of Ninjas attempting to make their way to the National Finals. There were around 10 obstacles in the course, including a new one called Padlock and Rachel Degutz, the first ninja showed us how it is approached. It has three wheels with tiny ledges that the competitors must latch onto before dropping and aiming for the next one. Despite her powerful start, she only made it to Tuning Forks. Alex Begolly then flew through the course, reaching Padlock in a decent time period.

The first one to complete the course was Amir Malik, who had a smooth run till the buzzer. The second ninja to seal a spot in Vegas was Casey Rothschild, an activist supporting LGBTQ+ members of the Ninja community. She worked her way through will full focus and determination. Brett Hernandez Strong, Caiden Madzelan, Chris Behrends, Cara Mack, Jackson Twait, Nick Hanson, John Uga, and Lucas Reale fell on Padlock, but their impressive timings got them through to the Finals. 17-year-old Jay Lewis is another ninja Joe Moravsky’s student, who was easily selected for the Power Tower.

Another teen True Becker’s run across the course looked as effortless as a flowing stream of water. However, Kaden Lebsack gave tough competition and almost made it to the Power Tower with Jay Lewis until Joe Moravsky managed to finish second. A few seconds before the next challenge, Joe realized he was the one fated to suffer the consequences of training Jay too well. Yet, the former lived up to his experience by taking an early lead and ultimately bagging the Safety Pass, although Jay almost closed the gap halfway through.