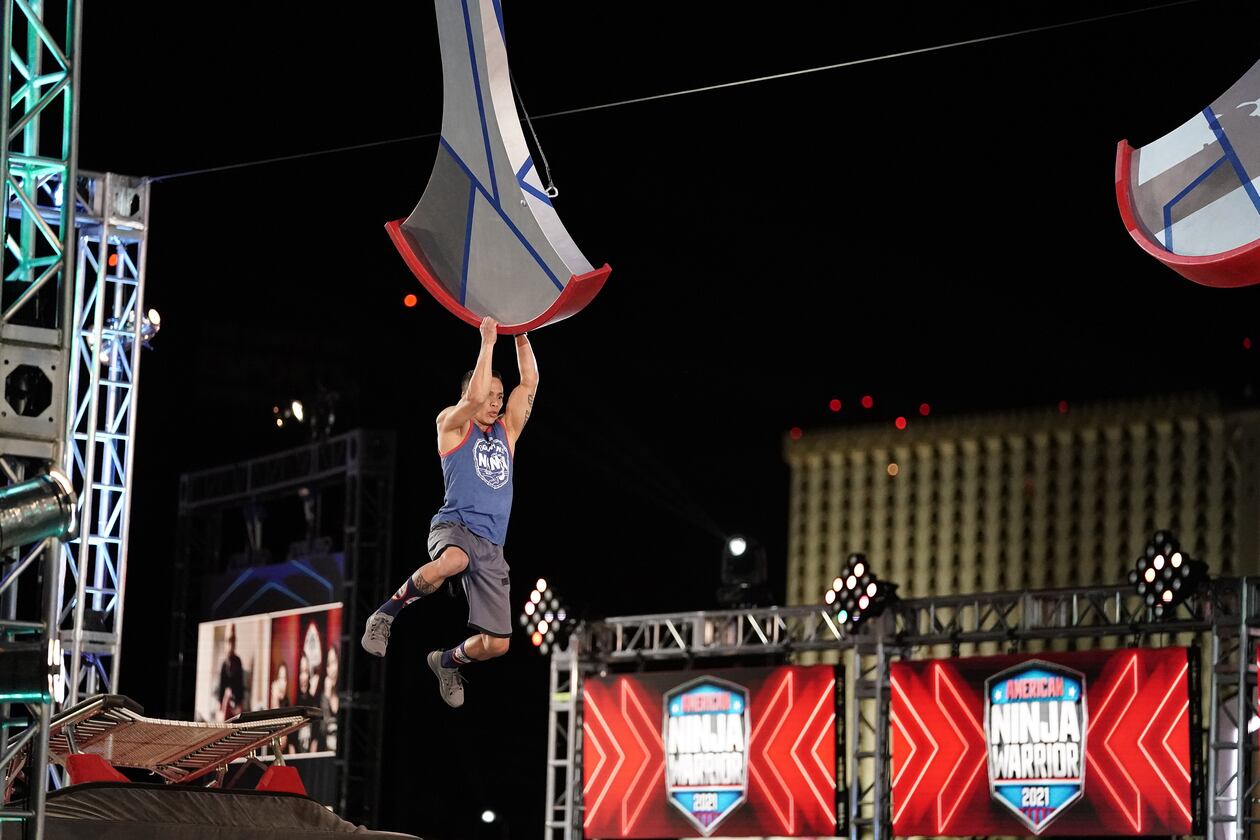 The eleventh episode of ‘American Ninja Warrior’ season 13 featured the last few minutes of Stage One and the beginning of Stage Two. The latter was challenging for even the best competitors out there. Only one ninja finished the second course. The recap comprises highlights from this week’s episode and will update you on how the contestants performed overall. Now, before the finale of season 13 airs, here’s everything you need to know about it!

‘American Ninja Warrior’ season 13 episode 12 will release on September 13, 2021, at 8 pm ET on NBC. Every episode is around 36-128 minutes. You can block your schedule this Monday to catch the season 13 finale live!

To watch ‘American Ninja Warrior’ season 13 episode 12 live on television, tune in to NBC at the above-mentioned date and time. If you miss the television premiere, you can stream it later on NBC’s official website or the NBC app. Others can resort to Live-TV websites like Sling TV, YouTube TV, DirecTV, Philo TV, Xfinity, and Fubo TV. In addition, Hulu users can easily watch all the episodes of the show here! Apart from that, you can also rent or buy the episodes on VOD services like Amazon Prime Video, iTunes, Vudu, and Apple TV.

The season 13 finale will feature The National Finals set to conclude in Las Vegas as the rest of the ninjas round up for Stage Two. There they will face the following challenges: Striding Steps, Double Salmon Ladder, V Formation, Hammer Drop, Epic Air Surfer, and Falling Shelves. The ones who complete the course within 3 minutes and 30 seconds will advance to Stage Three, which is perhaps the last round of the season. This season’s winner will receive a whopping $1 million and become the new American Ninja Warrior.

The eleventh episode inaugurated part two of the National Finals that kicked off with the end of Stage One and came to a close with the beginning of Stage Two. The first ninja to complete Stage One was Enzo DeFerrari Wilson, who struck the buzzer with 2.33 seconds still left. 39-year-old Ryan Meeks, the oldest competitor of the night, was the second ninja to pull through. Next up was Brian Burkhardt, who had defeated Daniel Gil to earn the Safety Pass on the Power Tower. He retained his exceptional performance in this course, which allowed him to keep his Safety Pass for Stage Two.

Tyler Yamauchi was the next person to advance to the following round. After that, we saw Joe Moravsky making his second attempt at the course. Despite having food poisoning, he used the Safety Pass and hit the buzzer this time. Kai Beckstrand, Jonathan Godbout, and Josiah Pippel were the next finishers. With 41 seconds still on the clock, Kyle Soderman joined the list of Stage One winners. Jake Murray also finished with 1:14 still left. Isaiah Wakeham and Jesse Labreck were the last ones to hit the buzzer.

Moving on, Stage Two was designed to challenge even the best ninjas. The prodigal 16-year-old Elijah Browning fell on the Falling Shelves, followed by Anthony Porter, who couldn’t cross Hammer Drop. All the ninjas who came after, including Tage Herrington, Donovan Metoyer, Tyler Gillett, Kevin Carbone, and Max Feinberg, dropped out. Vance Walker’s initial fall on Double Salmon Ladder gave everyone a good scare. But his Safety Pass gave him another shot, and he clocked in with 47 seconds still left, thereby unlocking Stage Three!