Will American Vandal Return For Season 3? 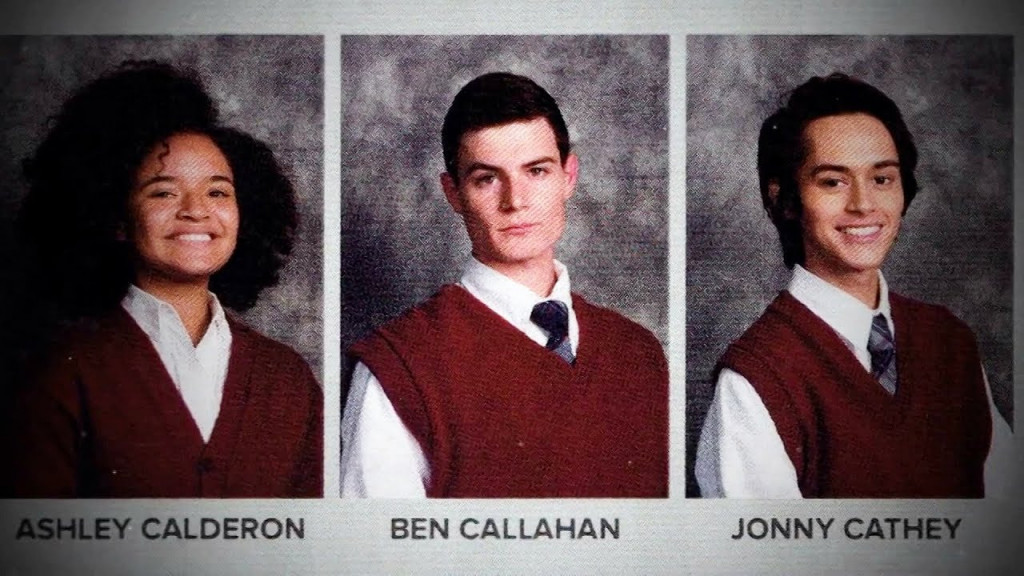 Created by Dan Perrault and Tony Yacenda, ‘American Vandal’ is a Netflix Original mockumentary web television series which satirizes true crime dramas. It first made its way to viewers’ screens in 2017.

Season 1 of the show premiered on September 15, 2017, and became an instant hit with viewers. The show was also praised far and wide by television critics, prompting Netflix to renew it. Season 2 of the show subsequently premiered on September 14, 2018, much to the delight of fans and critics. However, while viewers and critics were waiting with bated breath for the announcement of Season 3, Netflix, to their dismay, announced that it would not renew the show again. The silver lining is that Netflix’s cancellation does not mean that the show is dead yet. Here’s what we know about the future of ‘American Vandal’.

American Vandal Cast: Who’s in it?

Owing to the fact that the two seasons of the show investigate different cases, the cast of the show is largely season specific. However, the two protagonists of the show are present in both seasons. Tyler Alvarez plays the role of Peter Maldonado, a co-anchor of a morning show at the Hanover High School, and the writer and director of a documentary on true crime called American Vandal. Griffin Gluck is the other constant in the show and plays the role of Sam Ecklund, who is Peter’s best friend and a co-producer of the American Vandal documentary.

Season 2 sees the introduction of Travis Tope as Kevin McClaine, Melvin Gregg as Demarcus Tillman, Taylor Dearden as Chloe Lyman, Camille Ramsey as Mackenzie Wagner, and DeRon Horton as Lou Carter, among others.

In the event that ‘American Vandal’ lives to see a third season, we expect Tyler Alvarez and Griffin Guck to reprise their roles as Peter and Sam respectively.

American Vandal Plot: What is it about?

‘American Vandal’, incidentally, follows the making of the American Vandal documentary within the show, and therefore is presented in an anthology format, with Seasons 1 and 2 focusing of two different cases.

Season 1 follows the aftermath of a costly prank that takes place at the Hanover High School in Oceanside, California – on a fine March afternoon in 2017, it is discovered that the cars of 27 faculty members have been vandalized. Keeping in tune with the show’s satirical approach, this vandalism takes the form of phallic images (or dick pics, if you would prefer) being spray painted on the faculty members’ cars. Understandably, the “crime” causes quite an uproar in the school. With no clue about the perpetrator’s identity, the school authorities end up blaming the senior class clown, Dylan Maxwell, for the crime, based on a testimony by Alex Trimboli. Further, the authorities also expel Dylan. However, Peter and Sam find loopholes in the evidence against Dylan, and set out to exonerate him. The plot of Season 1 largely follows their investigation to nail the actual perpetrator behind the dick pics.

In a similar fashion, Season 2 follows the aftermath of another bizarre “crime”, which takes place at a Catholic high school called St. Bernadine in Bellevue, Washington. On an afternoon in November 2017, a bunch of students unknowingly end up drinking lemonade laced with laxatives, causing them to defecate across the school premises at a considerable cost to the school. As authorities try to find the perpetrator, an anonymous person, known as The Turd Burglar, claims responsibility for the incident on social media. Subsequently, the school puts the blame on outcast Kevin McClain, based on a false testimony. It is at this point that Kevin’s friend Chloe Lyman contacts Peter and Sam, who are now famous for their documentary. Peter and Sam agree to investigate Kevin’s case, and the show follows them to Bellevue where they try to exonerate Kevin.

Of course, considering that the two “crimes” in the show involve dick pics and mass defecation, one would not expect it to be critically acclaimed. However, ‘American Vandal’ is so good that it enjoys a mind-blowing average score of 98% on Rotten Tomatoes, with Seasons 1 and 2 both having scores of 98%. Audiences, too, seem to have loved the show, which has a solid rating of 8.2/10 on IMDb after over 21,000 votes.

‘American Vandal’ season 2 premiered on September 14, 2018. Given the show’s popularity and critical acclaim, it came as a shock to everyone when Netflix, on October 26, 2018, announced that it would not renew the show for a third season. So why did Netflix cancel it? Well, our guess is as good as anyone’s.

However, we think that the shift in the show’s tone might have had something to do with its cancellation. Whereas Season 1 was a funny-or-die show that showed relatable teenage characters navigating the current social and technological climate, Season 2 took a diversion from this path. Despite the brilliance of Season 2, it lacked some of the humor from Season 1, and instead, explored contemporary internet culture, social media practices, and online relationships with quite some nuance. This radical departure in its tone might not have sat well with Netflix (for what reasons we do not know). What is clear, however, is that ‘American Vandal’ will not be returning to Netflix.

That said, Netflix’s cancellation of the show does not mean that it’s dead. As reported by The Hollywood Reporter, ‘American Vandal’ producers CBS TV have already fielded multiple calls from other networks who are interested in renewing the show for a third season. Further, it is understood that the producers already have a plot for Season 3 in mind. In case the show does get picked up by CBS, expect’American Vandal’ Season 3 to release sometime in 2020 or 2021.

However, as of now, we do not know whether the talks between CBS TV and other networks have progressed, or whether ‘American Vandal’ will be renewed at all. Yet, considering the show’s stellar reception, we cannot write it off completely either. We will be keeping a keen eye out on news about the future of ‘American Vandal’, and we’ll update this section if any positive developments are reported. Till then, it’s best to not get your hopes up, so consider the show cancelled.

While we hope against hope for the return of ‘American Vandal’, here is the trailer of Season 2 of the show, if you have not watched it already. If the show does get renewed by some other network, and a trailer is released for Season 3, we will be sure to update this section to reflect the same.