When Will America’s Got Talent Return For Season 15 on NBC? 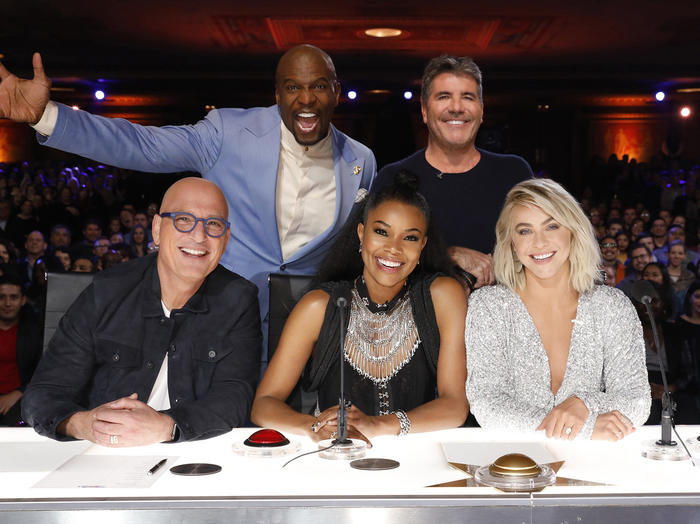 One of the highest-rated shows on NBC, ‘America’s Got Talent’, or ‘AGT’, is a reality TV talent competition that debuted on the platform on June 21, 2006. Since its premiere, it has been released annually every summer and features multiple participants, holding expertise in various fields. The talents showcased can be from any field, such as singing, dancing, comedy, magic, stunts, and others. Those who are not eliminated during the auditions make it to the live episodes, where they compete against each other. A joint decision that includes public votes and judges’ scores is used to announce the final winner. He/she receives a grand cash prize and gets the opportunity to headline a show on the Las Vegas Strip.

‘AGT’ is created by Simon Cowell and co-produced by Fremantle and Syco Entertainment. It has been holding a rank of the No.1 alternative series for the past 13 years, since its release. The show is executive produced by Sam Donnelly, Jason Raff, Trish Kinane, and Richard Wallace. Garnering a viewership of around 10 million viewers every season, ‘AGT’ helps in discovering, grooming, and nurturing budding artists. The program returned for its 14th season on May 28, 2019 on ABC. And here’s everything we know about season 15.

Who Hosts America’s Got Talent and Who are the Judges?

Actor and former NFL player, Terry Crews joined the cast as the host in season 14, after replacing Tyra Banks, who had hosted seasons 12 and 13. Crews had previously featured on AGT’s spin-off, AGT: The Champions season 1. As for the judges, we see actress Gabrielle Union and dancer Julianne Hough, who previously replaced Heidi Klum and Mel B. The duo had earlier judged the show ‘Dancing with the Stars‘. They are accompanied by Simon Cowell and Howie Mandel, thereby, completing the panel.

We do see several guest judges as well, who make special appearances. Celebrities like Ellie Kemper, Jay Leno, Brad Paisley, and Dwayne Wade have appeared in the past. Additionally, Matt Iseman, Akbar Gbajabiamila, and Zuri Hall are credited as the sideline reporters. They give viewers a first-hand account of the event while sharing interviews of the candidates and recording reactions from the crowd.

For season 15, Crews along with Hough, Union, Cowell and Howie Mandel are expected to return.

What’s America’s Got Talent About?

The general format of AGT follows three stages: auditions, second round, and a live round. The production team holds auditions in multiple cities across the US. This is the initial stage and those who are filtered via this round make it to the judges’ audition. Each participant here is given 90 seconds to display his/her talent and impress the panel. There’s also a live audience present to witness the performances. After every act, judges offer constructive criticism and feedback, thereby giving their votes. If a contestant receives maximum votes, he/she is selected for the next stage.

Next comes the second stage. Participants who pass the preliminary auditions have to undergo another round of auditions as a common venue. The panel comprises the original judges, along with a special guest judge. Contestants are allocated four separate groups and the guest judge has to decide which act he loved the most from every team.

The live rounds, which show participants competing against each other to reach the finals, are aired on a weekly basis on the platform. This format is divided into quarter-finals, semi-finals, and the finals. Following each episode, the channel gives options to viewers to vote for their favorite contestants. Those who receive the maximum votes progress to the next stage. Ultimately, during the live finals, finalists compete against each other with an aim to secure the highest number of votes from the audience. The winner gets a cash prize of $1 million and also receives an offer to headline a national tour in Las Vegas.

AGT season 15 is expected to also follow a similar format, without much changes. There are six audition episodes that will air sometime in June or July, 2020. These will be followed by four judge-cut episodes, that will run until August. Next comes six quarter-final episodes, four semi-final episodes and two-part finale, all of which are expected to end by September, 2020.

When Does America’s Got Talent Season 15 Start?

‘America’s Got Talent’ season 14 premiered on May 28, 2019 and came to an end on September 18, 2019. Now as far as season 15 goes, we have great news for the fans. NBC has already renewed the show for next season, and possibly for several more seasons. The contract with Simon Cowell has been extended to several more years indicating that the network has no plans of stopping anytime soon. And why will they? ‘America’s Got Talent’  happens to be one of the highest rated shows on TV.

Even though no release date has been revealed for the next season, it is pretty easy to guess that ‘America’s Got Talent’ season 15 will premiere on the last Friday of May, that means on May 29, 2020.

While we wait for season 15, check out the season 14 trailer below.