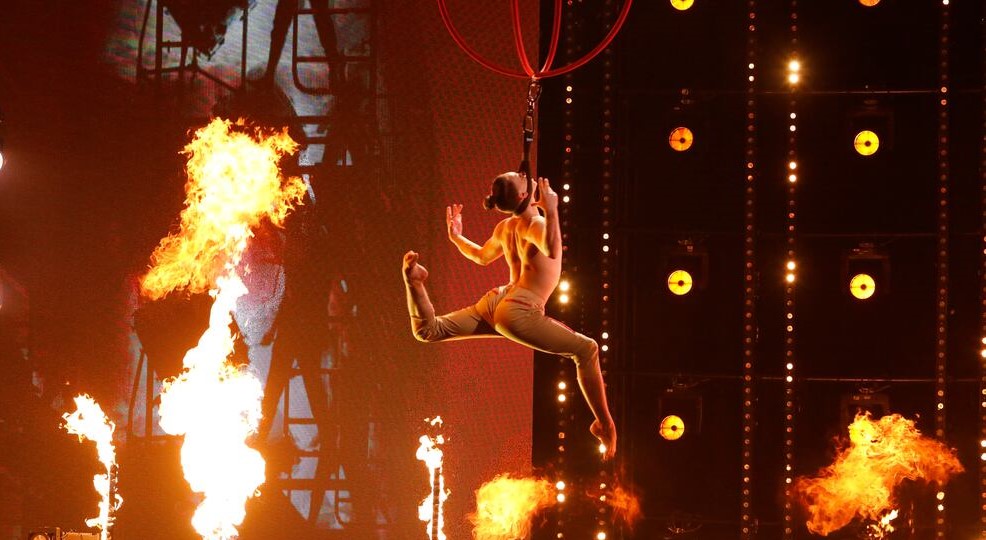 In the latest episode of ‘America’s Got Talent’ season 16, America’s votes were tallied to reveal the names that pulled through to the Finals in Las Vegas. The red zone included two Golden Buzzer acts that shocked everyone, including the judges. There are more details laid out for you in the recap. Now, here is everything we need to know about ‘America’s Got Talent’ season 16 episode 17!

Where to Watch America’s Got Talent Season 16 Episode 17 Online?

You can watch ‘America’s Got Talent’ season 16 episode 17 on your television screens when it airs on NBC at the above-mentioned date and time. In case you miss it, you can log in to NBC’s official website or the NBC app and enjoy the episode. Other viewing options are also available on DirecTV, Sling TV, YouTube TV, Apple TV, and Fubo TV. If you have a subscription to Hulu, you can access the latest episode on the streaming service or Hulu+Live TV. In case these options don’t work out, you can also catch the episode on Peacock TV the day after it releases on NBC.

In the sixteenth episode, there were eleven acts left, out of which five advanced to the next round. The bottom three acts included Michael Winslow, World Taekwondo Demonstration Team, and Jimmie Herrod. The disappointment was evident in both the crowd and the judges’ panel since two of these acts had received the Golden Buzzer earlier. The first selection round was between Gina Brillon, Beyond Belief Dance Company, and Tory Vagasy.

America extended its support to Gina, the comedian who had earned a standing ovation for her hilarious performance. It was followed by a performance by Preacher Lawson (a finalist on the 12th season of the show), who had the crowd wheezing with laughter. Shortly after, the next round of elimination commenced. Teen aerialist Aidan Bryant grabbed more votes than Korean Soul and Madilyn Bailey, who went home.

The following round pitted Dustin Tavella and Peter Rosalita against each other. Dustin pulled through because of his exceptional storytelling skills and innate ability to move the crowd. The winner of the Instant Save was Jimmie Herrod, the only singer who survived elimination that night. The judges were responsible for the last decision of the evening, between Michael Winslow and World Taekwondo Demonstration Team. Ultimately, they favored the latter, sending the comedian home.