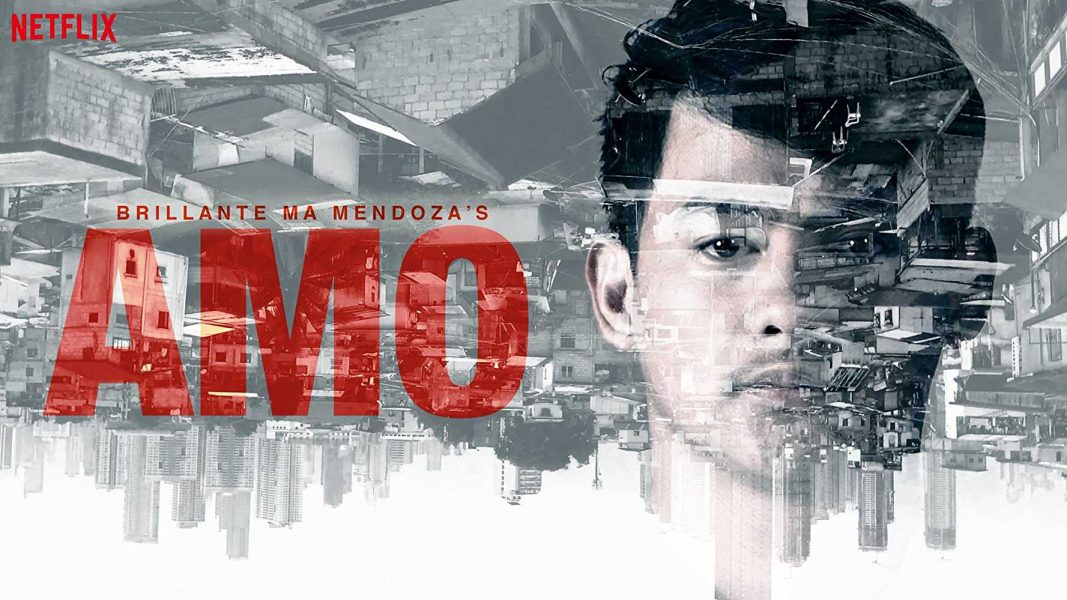 ‘AMO’ is a Filipino crime drama web television series which is available on Netflix, and is directed by one of the most famous directors in the Philippines, Brillante Mendoza, who won the Best Director award at the 62nd Cannes International Film Festival for his 2009 film ‘Kinatay’. Written by Troy Espiritu, the show follows a drug peddling high school student in the midst of the brutal crackdown on drugs that the state has initiated in the Philippines. Needless to say, the show has been a controversial one. More on that later.

‘AMO’ is a pretty recent show which has seen only one 13-episode season air thus far, with Season 1 having premiered on April 21, 2018. Despite the controversy which raged in the aftermath of Season 1, it is all but confirmed that a second season is in the works. Here’s everything we know about the upcoming season thus far.

Being a local production, most of the cast members of ‘AMO’ are Filipino or of Filipino-origin. The show stars Vince Rillon and Derek Ramsay as the two of the main characters, Joseph Molina and Rodrigo Macaraeg. Other cast members in the show who get significant screen time include Allen Dizon as Camilo Molina, Rhea Jai Fernandez as Cristina/Pilar, Felix Roco as Bino Campos, Ruby Ruiz as Myrna Molina, JC Tan as Edgar, Aldrico Padilla as Tisoy, Elijah Filamor as Kupal, RJ Gratuito as Kiko, Adrianna So as Michelle, and Nikko Delos Santos as Chekwa, among many of others.

As far as the second season is concerned, nothing has been announced regarding the cast or plot, so it’s very difficult to ascertain whether the existing cast members will return or whether the show will have a new set of cast members (as has been the case with ‘Narcos’ on a couple of occasions). We’re looking out for news on the cast of ‘AMO’ Season 2, and we’ll update this section as soon as we find something.

AMO Plot: What is it about?

Set in the backdrop of the ongoing crackdown on drugs in the Philippines, the first season of the show is gruesome and revolves around Joseph, a high school student in the drug running business with a corrupt uncle in the police. While Joseph looks to expand his drug running operation, he has to contend with his corrupt uncle, Camilo, who leads a double-life working as part of a gang. Joseph, meanwhile, has his own double-life with his drug business, and as he has run-ins with the law, he has to turn to family members to help him cover his tracks and keep the police from hunting him down.

While the plot itself is straightforward one, what has created controversy is the show’s portrayal on the crackdown on drugs initiated by the Philippine President, Rodrigo Duterte. As far facts go, as of mid-April 2018, more than 4,000 people, officially, have been killed in the Philippines as part of the anti-drug crackdown since President Duterte took power on June 30, 2016. Unofficial estimates say that figure could be near 20,000. The most rattling aspect of it all is the fact that there have been many allegations that a chunk of these killings have been carried out by the police unlawfully as part of the state’s campaign against drugs. Understandably, the entire situation in the Philippines has come under the international spotlight, and there have been many who have criticized the President over the state’s allegedly violent approach.

In this backdrop, much of the criticism levelled at ‘AMO’ has been about its alleged glorified portrayal of the state campaign against drugs. For instance, Human Rights Watch deputy Asia director Phelim Kine told TIME, “Anyone familiar with the Duterte drug war will find little in ‘AMO”s 13 episodes that corresponds to the reality of the state-backed campaign of unlawful killings that has killed more than 12,000 Filipinos since July 2016. Several sequences in ‘AMO’ appear to be deliberate efforts to reinforce the government’s willfully deceptive counter-narrative to scrupulously documented human rights abuses linked to the anti-drug campaign.”

Apart from such criticism, further controversy has erupted over director Mendoza’s vocal support of the war on drugs in the Philippines  – in 2018, the 57-year-old had told AFP, “Yes, it [the drug war] is necessary for the Philippines — not only for the Philippines but also other countries afflicted with the drug problem. The reason why I did this is so people can see the other side of the coin.” Given Mendoza’s apparent closeness to President Duterte, many have also accused the Cannes-winning director to be a proponent of President Duterte’s policies.

However, Netflix has steered away from the entire controversy, and has given out a very generic statement, saying that it “offers a diverse choice for consumers to decide on what, where and when they want to watch. We understand that viewers may have opposing opinions but leave it to them to decide.”

As far as reception goes, we don’t know what television critics collectively think of the show since it does not have a score on review aggregator website Rotten Tomatoes. On IMDb, ‘AMO’ has a decent rating of 6.8/10.

AMO Season 2 Release Date: When will it premiere?

Season 1 of the show premiered on April 21, 2018. Despite the controversy that has surrounded ‘AMO’, the news of an all-but-confirmed renewal has come from the President of the show’s original network, TV5. On April 20, 2018, TV5 president Vincent “Chot” Reyes told the Philippine Daily Inquirer that the network was “very happy” with the show’s performance, and the decision to renew the show had been taken. Making the announcement, he said, “Last Monday, I looked at my news feed and saw that ‘AMO’ was trending on Netflix. That means there’s pretty good reception for the series.”

He further said that TV5 had a “mother contract” with Netflix (meaning no new deal will be required for Netflix to pick up Season 2), and finished on a hopeful note, saying, “I don’t want to preempt things, but hopefully it will push through.”

Although no news on the show has emerged since then, Reyes’ hope itself is a pretty strong indicator that a second season is already in the works by now. If all goes well, AMO Season 2 can release sometime in October or November, 2019.. We’re keeping our ears open for news on the release date of Season 2, and we’ll update this section as soon as we hear something.

While we wait for news on the release date of ‘AMO’ Season 2, here’s the trailer for Season 1 to give you a glimpse into the show.  If you haven’t seen the show yet, head over to Netflix to catch all the episodes of the previous season.