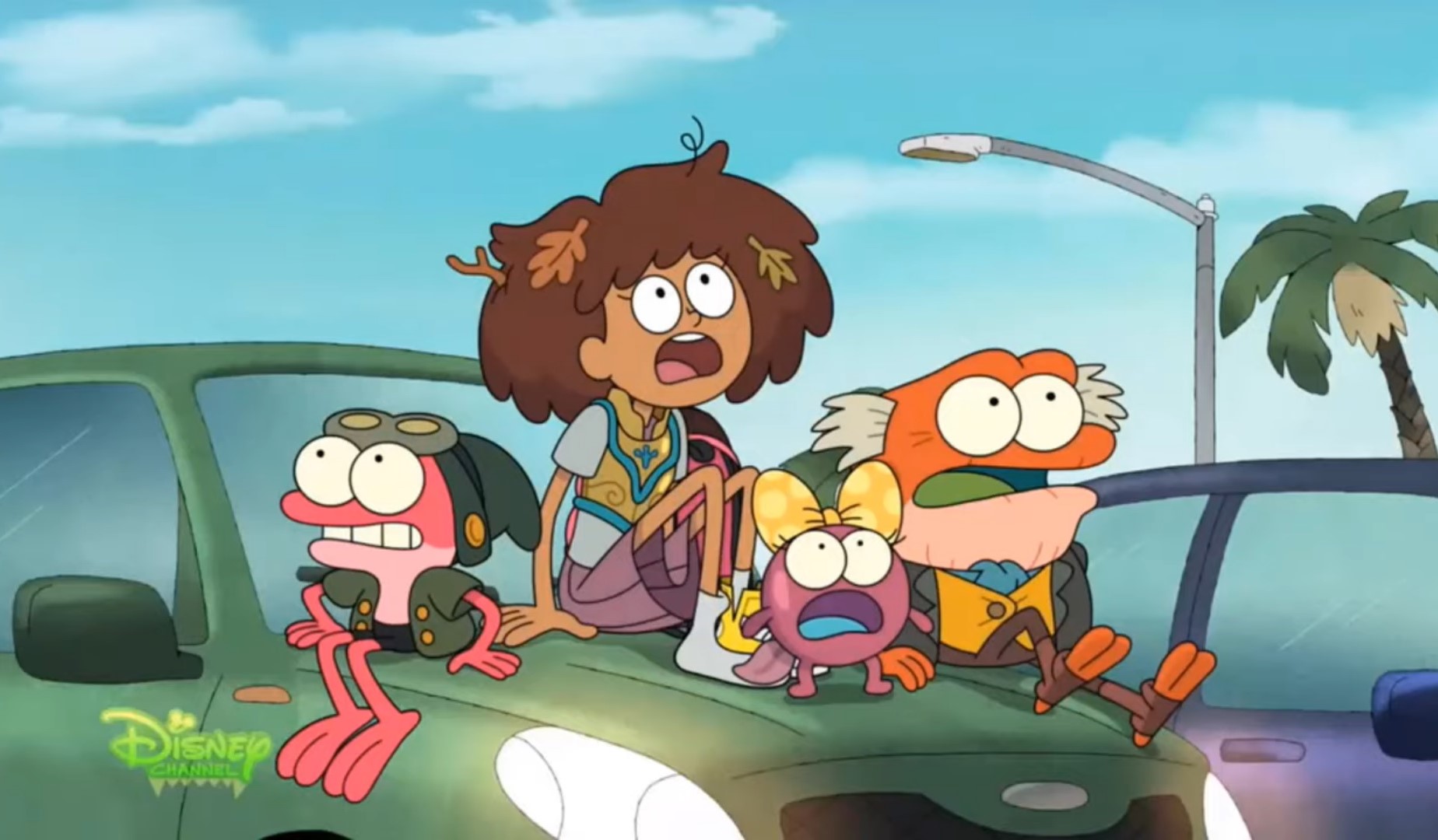 Disney Channel’s ‘Amphibia’ is an animated series that follows the journey of teenager Anne Boonchuy (Brenda Song), who magically stumbles upon the marshland of Amphibia and its population of talking amphibians. Season 3 of this animated series by Matt Braly begins with Anne and the Plantars arriving at her hometown of Los Angeles. As Anne reunites with her family, the Plantars disguise themselves and try to adjust to the human world. If you want your memory of season 3 episode 1 refreshed, head over to the recap section. Now, let’s dive into what’s awaiting us in ‘Amphibia’ season 3 episode 2!

‘Amphibia’ season 3 episode 2 is set to premiere on October 9, 2021, at 9:30 am ET on Disney Channel. The episode is 30 minutes long. New episodes are to be released on a weekly basis, every Saturday.

You can watch ‘Amphibia’ season 3 episode 2 by tuning to Disney Channel at the above-mentioned date and time. If you miss the broadcast, you can head over to Disney Now or the official Disney Now app to catch the episode there. Additionally, you have the option to live-stream the episode on FuboTV, YouTube TV, Spectrum, and DirecTV. You can also buy/rent the latest episodes or previous seasons of ‘Amphibia’ on iTunes, Amazon Prime Video, and Google Play.

Episode 2, with two segments titled ‘Hop ‘Til You Drop’ and ‘Turning Point,’ will feature Anne taking the Plantars to a nearby mall to better acquaint them with the ways of the humans. The various dimensions of the relationships between Anne, her parents, and the Plantars will likely be touched upon. Anne and the Plantars can be expected to have a jolly time at the mall as the latter attempt to understand the modern world of Earth. However, hurdles are anticipated in their path.

With King Andrias’ Silver Frog-Bot from season 3 episode 1 still on the loose and more vengeful than ever, Anne and the Plantars’ trip might involve danger. Anne may finally realize the consequences of hiding the Plantars in her world and discover the extent of her blue gem powers out of necessity, despite deciding not to use them again. Marcy’s comatose state, as caused by King Andrias, may also be brought to light to Anne and the others as they search for a way to return to Amphibia. Meanwhile, Sasha and Captain Grime escape from the clutches of King Andrias, hiding out in Wartwood Swamp.

‘Amphibia’ season 3 episode 1 is titled ‘The New Normal.’ It begins with Anne and the Plantars landing in the middle of Los Angeles traffic through Marcy’s portal. Anne unexpectedly reunites with her parents and cat upon reaching her house. Her parents are initially horrified by the talking frogs but later come to accept their importance in Anne’s life. The Plantars attempt to understand the human world on Earth while Anne gets pampered by her parents. Anne, her parents, and the disguised Plantars decide to go for a trip to the market.

However, this market visit quickly progresses from fun to deadly when King Andrias’ Silver Frog-Bot arrives to eliminate Anne and the Plantars. As they fight the cloaked bot in secrecy — with Anne’s parents fully unaware of the situation — Anne makes use of her blue gem powers when the Plantars are cornered. The bot escapes, everyone is found to be safe, and Anne’s parents are none the wiser. Anne decides not to use her powers further, as they weaken her and do not feel right. The episode ends with the reveal that Silver Frog-Bot is not destroyed, and is instead readying itself for a second attack.