Where to Stream Amulet? 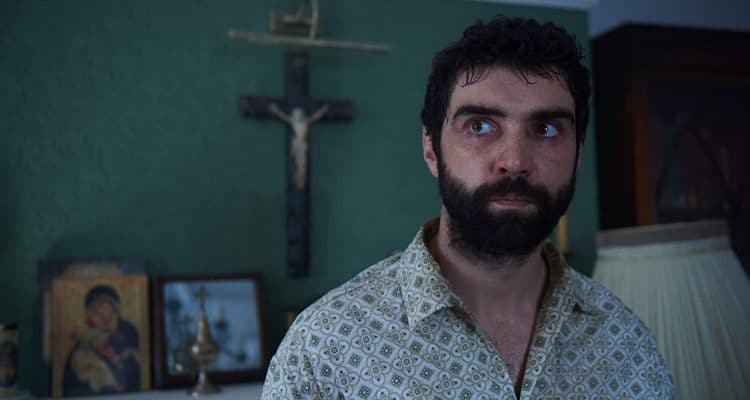 ‘Amulet’ is the latest offering in British horror, and marks Romola Garai’s directorial debut. After doing the rounds in film festivals, it has finally been made available to audiences. It follows a young soldier who takes a job helping a woman and her housebound mother, only to realize things are not what they seem. The film is stylish, with a pervading sense of dread, which never entirely turns into bone-chilling horror. If you love slow buildups that will keep you on the edge of the seat, then ‘Amulet’ is the film for you. So, where to stream the movie? We’ll get to that right after we tell you a bit more about the story.

What is Amulet About?

‘Amulet’ follows a homeless ex-soldier, who is in London and is down on his luck. He is offered a place to stay in a decaying house. However, he has to assist a woman and her homebound mother. Things start off well enough, but the newly arrived occupant soon senses that something unnatural resides in the house as well. Things soon take a dark turn for all the residents in this finely crafted horror film.

Is Amulet on Netflix?

Netflix is a premier streaming platform and has a fantastic roster of horror movies. While ‘Amulet’ is not on Netflix, you can always check out ‘The Witch.’ Eggers makes a tremendous mark on audiences with his period horror, which unravels at a slow but chilling pace. As we come face to face with real evil, right at the end, we are left wondering whether ‘living deliciously’ is indeed the right way to go.

Is Amulet on Hulu?

Hulu stays ahead of competitors by making smart additions to the platform. ‘Amulet’ is not available for Hulu subscribers. However, you can watch ‘Crawl.’ Creature horrors are not precisely in the same tone as supernatural films and can be terrible if they aren’t executed well. However, you don’t need to worry about any of that when it comes to ‘Crawl.’ This is a fantastic movie where a daughter goes to save her father, only to realize she’s trapped in a basement with two alligators. As the plot unravels, you remain fixated to the screen with a sense of terror.

Is Amulet on Amazon Prime?

Amazon Prime has globally sourced content, which allows it to cater to all viewers. When it comes to its roster of horror movies, Prime is especially outstanding. While ‘Amulet’ is not available for Prime subscribers, you can acquire and stream the film. Check it out here.

Where to Watch Amulet Online?

If you don’t have a subscription to major platforms, don’t worry. You can still acquire and stream ‘Amulet.’ Just head to Vudu, FandangoNow, iTunes, or DirecTV.

Where to Stream Amulet Online For Free?

Sorry freeloaders, but ‘Amulet’ is only available on VOD platforms. Thus, you have to pay to acquire a digital copy. Moreover, we urge viewers to pay for all art they consume.

Read More: Where to Stream Hereditary?