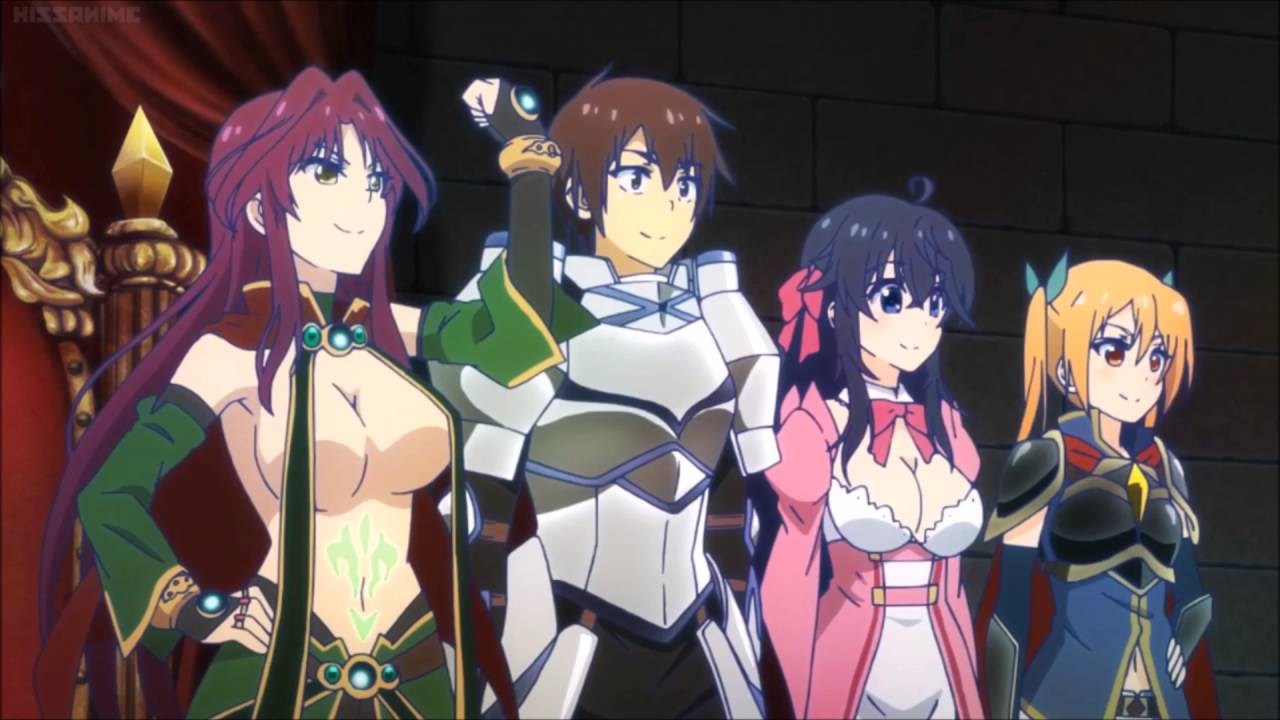 ‘Netoge no Yome wa Onnanoko ja Nai to Omotta’ is an anime that blends reality with a virtual gaming world. It has pretty much every high school romance and gaming troupes coming together under one roof. It’s not the kind of anime that one would label as a masterpiece or anything but it is still quite enjoyable for those who are familiar with themes that involve shifting perspectives between a real world and that of an MMORPG. But in no way, it comes off as gaming anime as it is not based on characters who try to play the role of saviors of a different world. Instead, it’s more of a satirical comedy that uses the world of the MMORPG to create hilarious real-life situations.

There are some references to gaming in the show which makes it appealing for both gamers and non-gamers. But for the most part of it, all the fun comes from the comedy of the anime that is based on the lifestyle of all the Otaku characters being portrayed in the anime. The story is not all that well-written, but once you get involved with it, it’s hard to not be entertained by almost all of it.

Compared to the light novel, the anime still has less fanservice but it is still enough to qualify the anime as Ecchi. In terms of the quality of animation, the show is fairly average and there is nothing too impressive about it. Even the soundtracks are pretty much the most unnoticeable part of the anime. Overall, ‘Netoge no Yome wa Onnanoko ja Nai to Omotta’ is just an average show and it’s good that the creators did not extend it any further. 12 episodes of it are just enough to kill your time without having the regret of wasting it.

And You Thought There is Never a Girl Online Season 2 Release Date: When will it premiere?

‘And You Thought There is Never a Girl Online’ season 1 released on April 7, 2016 and with a total of 12 episodes, it ended on June 23, 2016. The anime has been able to gain quite some popularity in a short span and by now, it has some very loyal fans who are waiting for a new season. Now if we consider the light novel from which the anime has been adapted, it has a total of 19 volumes, out of which, the last one released recently on April 10, 2019. Compared to this, the anime only adapts the first 4 volumes of the light novel which makes it clear that the creators of the anime still have a lot of source material to cover. Thus, a lack of content is certainly not an issue.

One thing that does not really seem to be in favor of its renewal is the fact that usually, light-hearted Ecchi anime are simply made for the promotion of their source material. These anime don’t really go beyond a season one unless their sales reach a very promising figure. In this case, ‘And You Thought There is Never a Girl Online’ is nothing more than an average rated show. So as of now, the chances of its renewal are very low but even then, is in future we do get any updates regarding ‘And You Thought There is Never a Girl Online’ season 2 release date, we will definitely update it right here in this section. Till then, you should check out our list of the best Ecchi anime out there.

And You Thought There is Never a Girl Online English Dub:

The English Dub of ‘Netoge no Yome wa Onnanoko ja Nai to Omotta’ is available on Funimation and you can also stream the animewith its original Japanese audio with English subtitles on the same platform.

And You Thought There is Never a Girl Online Plot:

Hideki “Rusian” Nishimura is a typical Otaku who spends all of his time playing video games at home. The only friends he has are all online in the video games he plays all day. One day, out of the blue, he decides to propose a girl in an online game and is devasted after she unanimously rejects him. To make things even worse, he comes to know that the online girl he had been obsessing over all this while, is actually an old man. With his heart completely shattered and trust broken, Hideki decides that he will never trust a girl that he meets online. His life as an Otaku continues and now he does simply focuses on the enjoyment of his video games instead of looking for relationships.

A few years later, he becomes a part of a guild that has three other players and out of these three players, one has a female avatar that goes by the name Ako. It turns out that Ako is madly in love with him and even wants to get married to him. Though Hideki is more careful this time, he accepts Ako’s proposal and even claims that her actual gender does not matter to him as long as she looks cute in the game. One fine day, all the members of the guild decide to have an offline meeting and that’s when, to his surprise, he discovers that all the members of his guild are not girls but are also his schoolmates. What follows is a story where all of them form a school club to play the game while Hideki and Ako struggle to differentiate between what they feel for each other in the game and real-life.

And You Thought There is Never a Girl Online Characters:

Hideki Nishimura is a first-year high-school who spends most of his time playing an online video game under the name Rusian, a male Knight. He stops trusting girls after he gets rejected by a girl he proposes in the online game and later even finds out that she’s actually an old man. He later gets married to Ako in the gaming world and after meeting her real life, he starts developing actual feelings for her.

Ako is Hideki’s schoolmate who meets him in the online for the first time. Even her gaming name is the same and she falls in love with Hideki’s gaming character. She later proposes him in the game and the two get married. In real life, she is an absolute loner who even bunks classes because of heavy addiction with the game. She spends so much time online that she struggles to distinguish between what’s real or virtual. Even in real life, she treats Hideki as her husband and calls her schoolmates using their guild names from the game.

Akane Segawa is a cute petite blond-haired girl who hates Otakus and gets really mad at Hideki when he acts like one. Contrary to this, she herself is a gamer herself and even turns down boys at her school to get more gaming time. In the game, she is a male knight named Schwein.

Kyo is a black-haired girl who is the president of the student council at Hideki’s school. She comes from a very loyal family and her father is also a member of the school board. In the game, she goes by the name Apricot and plays the role of a male mage.