Will Andi Mack Return For Season 4? 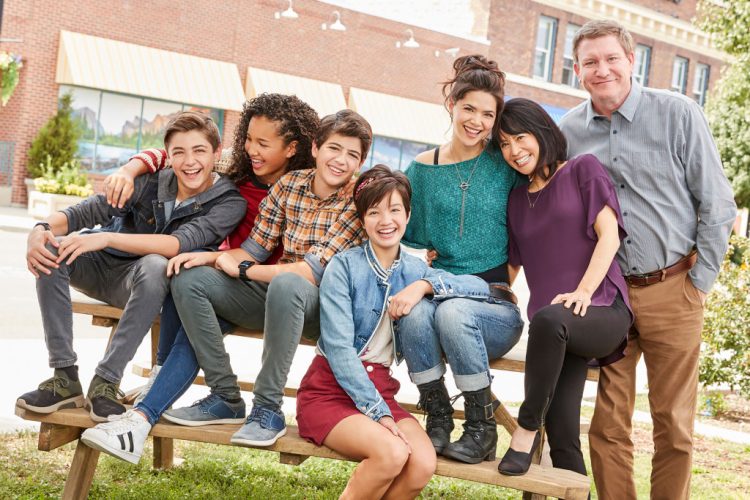 ‘Andi Mack’ is a family comedy series created by Terry Minsky (creator of ‘Lizzie McGuire’) that airs on the Disney Channel and first premiered on April 7, 2017. The series is about a group of friends finding themselves in situations almost every teenager finds himself in, only with some extraordinary circumstances in the mix. The series has been top-rated among girls for its coming of age and coming out storyline, due to which the show has been garnering ample attention. It’s the first series on Disney Channel where one of its main characters is gay.

Andi Mack Cast: Who is in it?

Andi Mack is essentially a show for children and therefore its main star cast is also comprised of child or teen actors. Sofia Wylie appears in the show as Buffy Driscoll. She has previously been on several talent shows, including ‘America’s Got Talent‘, as a performer.

Asher Angel appeared as a child actor in ‘Jolene’ way back in 2008 and has appeared on two shows in 2016 alone. He plays Jonah Beck, Andi’s boyfriend.

Peyton Elizabeth Lee, who plays the titular protagonist, has starred in Showtime’s ‘Shameless’ in three episodes, and in the 2015 show ‘Scandal’ before that. However, it is ultimately ‘Heroes and Chuck’ star Joshua Rush who plays Cyrus Goodman – a character that has earned the show much critical acclaim for its mature handling of homosexuality and coming out as a queer person.

When Terry Minsky was developing the characters for ‘Andi Mack’, he had stated the following in an interview about the characters of Joshua Rush, Cyrus Goodman: “The fact that my daughter, most of her close friends are kids who knew at the age of 12, 13, junior high, that they were gay. I just felt as if, the reality is that Andi would probably have a friend like that.”

Joshua Rush, said in an interview, “I hope people, out of Cyrus’ storyline; got this feeling like, you can be who you are. If there’s something you’re thinking about, you should talk about it.”

Not that there aren’t characters on TV who are homosexual, but for Disney, this series was the first endeavor by the channel at addressing homosexuality to benefit viewers aged between 6 to 18 to be able to come to terms with their preferences. The channel is of the opinion that this is the age where children are most confused, and a series like this where one of the main characters was gay would help them identify with their orientation and give them the confidence to accept themselves wholly.

Andi Mack Plot: What is about?

The story of this series is set in scenarios which are fitting of everyday life of teenagers and deals with all the issues they face, right from their insecurities, panic situations, learning disabilities and most importantly, sexual preferences. ‘Andi Mack’ is the first Disney Channel series which has one of the main characters as a homosexual middle school boy coming to terms with his sexuality.

The show begins on the note of a rather ridiculous revelation: the titular heroine’s sister, Bex, turns up on her birthday and reveals that Andi is her daughter. It is a typical American setup where there’s an estranged father, a musician on the road, and a mother who comes back to her parents to bring back her life on the right path, thereby, reconciling with her daughter. Andi has feelings for the captain of the Frisbee team, and she joins the team for the sole reason, at her mother’s request, but later leaves the team. A new principal arrives at school who is quick to stop Andi from wearing her leggings, stating that her dress is in violation of the dress code of the school. Andi shows her protests by wearing jailhouse clothes on the school photograph day.

Her best friend comes out of the closet, and Andi learns that the duo has hots for the same boy, Jonah, the captain of the Frisbee team, for whom Andi had joined the team. Andi wishes her parents to get married, however, she finds out that her mother does not harbor the same feelings towards her father. Jonah and Amber end their relation, after which Jonah enters in a relationship with Andi. Bex begins to have trouble with her relationship with Bowie as she starts competing with Miranda. That is where the sophomore ends.

In the next season, Bex and Bowie get engaged, and Celia, Bex, and Bowie decide to get married quietly at the city hall. Andi feels uncomfortable when she finds out Buffy is dating Walker, with whom Andi once had a relationship. Bowie’s mother, Cookie, shows up at Celia and Ham’s home in order to spend some time with her son and grand-daughter, only ending up needlessly dominant and making Andi extremely uncomfortable. Cyrus finds out that one of his known associates is carrying a loaded weapon to a trip he is taking with his friends. He feels concerned about the safety of his friends and informs the principal right away. The boy is questioned by the police and finds out who had tipped them off. Buffy is seen finding it difficult to captain an all-girls basketball team at Jefferson Middle School, but eventually finds a girl named Kira who proves to be helpful to her. However, later on, Buffy lets her go.

Andi finds out that a deaf girl named Libby is interested in Jonah. Cyrus learns that TJ and Jonah have passed over a jersey number, and when Cyrus learns about TJ’s dyscalculia, that is difficulty in comprehending and learning arithmetic, he helps him in getting a good score to qualify for the basketball team. Bex, Andi, and Celia start making plans for the soon-to-be wedding and as they are selecting dresses, the cake and centerpieces, it leads to a lot of tension and differences between them.

‘Andi Mack’ season 3 premiered on October 8, 2018. The show went on a hiatus for a short while and is set to return on June 21, 2019.  As far as the next season goes, we have bad news for the fans. The series has been discontinued after three seasons.

Series creator and executive producer Terri Minsky announced the news in an interview, “Andi Mack was a labor of love for a room of impassioned, inventive writers, a talented and dedicated crew, and an extraordinary, miraculous cast who inspired us all. We had the honor of breaking a lot of new ground for Disney Channel. We were its first serialized show, its first series centered around an Asian American family, and its first to feature an LGBTQ character who spoke the words ‘I’m gay.’ But the best part of making Andi Mack was our audience, who let us know we mattered to them. The series finale is for them.”

Though, fans should not lose all their hopes. There’s still a possibility that some other network picks up the show. If that happens, we will update you about ‘Andi Mack’ season 4 release date.

Here’s a trailer from season 3 of the show that gives you a quick glimpse into the story.