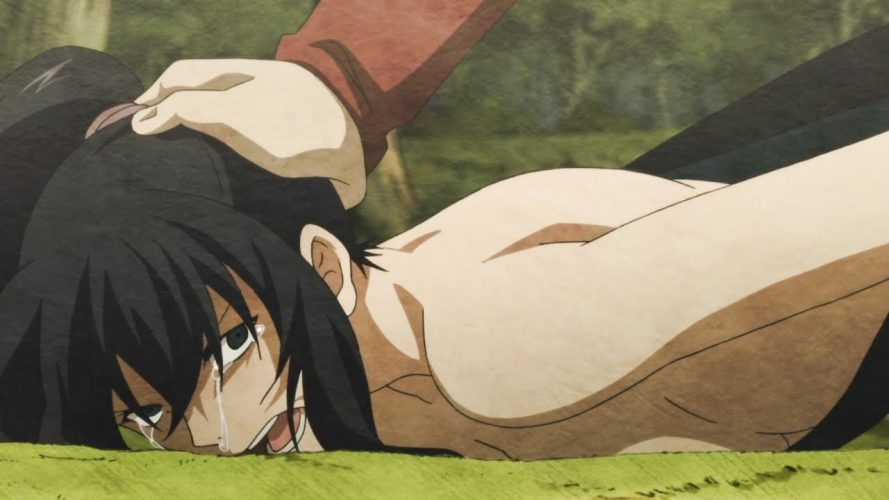 Angolmois: Record of Mongol Invasion (also known as Angorumoa: Genkou Kassenki in Japanese) is a historical anime television series which is based on a manga series of the same name. Written and illustrated by Nanahito Takagi, the manga series began serialization in the Samurai Ace magazine on February 26, 2013, and spanned 40 chapters, ending on August 25, 2018. In 2014, after the magazine ceased publication, the manga series was moved to the ComicWalker app.

Just prior to the manga series coming to an end, a Japanese anime studio called NAZ announced plans to adapt the manga series into an anime television series and Season 1 of Angolmois: Record of Mongol Invasion premiered on July 11, 2018. It was deemed to be a success by fans of the manga series and new viewers alike, and since then, fans have been eagerly waiting to hear news on a second season. Here’s everything we know about the prospects of Season 2 thus far.

Angolmois: Record of Mongol Invasion Season 2 Release Date: When will it premiere?

Angolmois: Record of Mongol Invasion season 1 premiered on July 11, 2018 and ran for 12 episodes till September 26 of the same year. As far as the next season goes, we don’t have an official announcement yet. Though considering that show did relatively well, we are hoping it gets another season.

That being said, there’s no reason to get worried about the show’s future right now. There’s plenty of time for NAZ to announce a second season. Further, the first season adapted only a part of the manga series and there’s enough source material for a second season. Considering this fact, we think that there’s a decent chance of Angolmois: Record of Mongol Invasion getting renewed for a second season. However, nothing can be said for certain in the anime industry and we have to wait for an announcement by NAZ before we can be sure of a second season being made. We’re keeping our ears open for news on Angolmois: Record of Mongol Invasion season 2 release date and we’ll update this section as soon as we hear something reliable.

You can watch ‘Angolmois: Record of Mongol Invasion’ on Crunchyroll with its original Japanese audio and English subtitles.

Before getting into the plot of the show, it’s best to brush up on a little history since a lot of people are not familiar with 13th century Japanese history. The Mongols, under the reign of Kublai Khan, tried invading Japan twice in the 13th century – once in 1274 and again in 1281. The show is set in the backdrop of the invasion of 1274, which is known as the Bun’ei Invasion. In particular, the show focuses on one of the battles of the Bun’ei Invasion – the Battle of Tsushima Island, in which around a 1,000 Mongolian soldiers invaded the island of Tsushima located in the Korea Strait between the Korean Peninsula and Japan. With the Mongolian soldiers wreaking havoc and slaughtering the residents of the island, Tsushima called out for help, and the Japanese government forcibly sent a band of exiles to try and hold off the invasion. However, in the end, the Monogolian forces came out victorious, crushing the exiles who were sent to fight them.

In this backdrop, the show focuses on two fictional characters – an exiled samurai named Kuchii Jinzaburō and the princess of the Sō Clan of Tsushima Island, Teruhi. There’s not much to the plot of the show, and it follows the exploits of Kuchii as he leads a band of outcast into battle against the fierce Mongols, and most of the show just documents the war between the two sides. A side plot is that of a hinted romantic relationship between Kuchii and Princess Teruhii, but it remains a side plot throughout most of the show as Kuchii remains oblivious about the fact that Teruhii has feelings for him. In the end, almost everyone dies.

As mentioned earlier, there’s not much to the plot of the show, and it focuses on Kuchii and Princess Teruhi in the backdrop of the Bun’ei Invasion. Below, we’ve provided you with brief descriptions of these two characters.

Kuchii Jinzaburō: The male protagonist of the show, Kuchii is an exiled samurai who is sent to Tsushima along with a band of exiles to try and hold off the Mongol invasion. A former retainer of the Kamakura Shogunate, Kuchii was imprisoned for being too radical and is sent to Tsushima forcibly to fight against the Mongols. He is also shown to have a tragic past – although Kuchii had a loving family, he lost his wife and his child in a plague. Of course, being a samurai, Kuchii is know stranger to war and craves action all the time. He is also shown to be an extremely skillful swordsman who is proficient in the Gekei sword style used by 12th century military commander Minamoto no Yoshitsune.