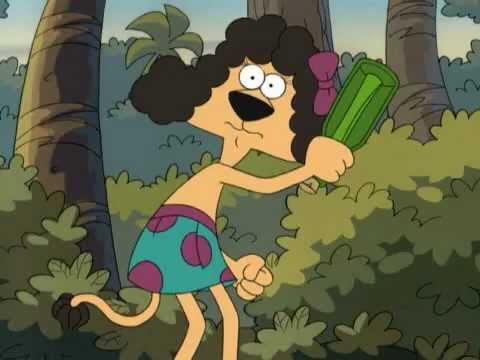 Animal Crackers is originally a 1997 French or a Canadian animated television series which was produced by Cinar in association with Alphanim. It is based on the famous comic strip Animal Crackers and tells us about a group of animals that live in a fictional jungle in Africa. The jungle is called Freeborn. The show was aired in Canada on Teletoon. Further, it also appeared in the United States on Fox Family in 1998. Following it, Animal Crackers was not mentioned for many years, until Cookie Jar Toons aired it on This TV from November 2008 to August 2009.

Animal Crackers Season 3 Cast: Who is in it?

The major characters in this series are Lyle Lion, Dodo, Eugene, Gnu, and Lana which were voiced by Mark Camacho, Teddy Lee Dillion, Terrence Scammell, Marc Montgomery, Kate Hutchinson respectively. The supporting characters in this drama are Tito, Lance, Louie,  Bud and Edna, Junior and herd, Elmo the Crocodile, Lamont the Hippopotamus, Roxanne the Ostrich which was voiced by Dawn Ford, Sergeant Rhino, Frog, and Toad, Grandpa Tortoise, and his grandsons, Snake.

Animal Crackers Season 3 Plot: What is it about?

The whole plot revolves around Lyle Lion and Lana. Lylie is a lion and is passive and insecure by nature. He is a momma’s boy and is more of a prince who tries to be a king. He is determined to take philosophy classes and prefers ordering a pizza than to be the dominant predator he is destined to be. Although he fails to persuade Lana to date him, it can be hinted that Lana does like him. His best fried Dod is the exact opposite to him and can be described as rash, self-centred, impatient, and refuses to believe that he cannot fly.

Lana can be labelled as smart, strong-minded and attractive. Although Tito has no dialogue in the entire series, it can be seen that he is indeed very intelligent. It can be seen when he is able to solve a problem or fix something when most of the characters can not figure it out. This show also shows two humans named Bud and Edna who are recurring tourists. They are depicted as the annoying tourist couple who tend to mess up the habitat of the locals living in the area.

This series also features Eugene who despite his size is an overgrown baby who craves attention. Arrogant and obnoxious by nature, he is not afraid to bully others with his size. Gnu is the leader of the herd but lacks any leadership qualities. He is lazy, timid with no sense of direction. Even though Gnu is lazy, he means well as he is very dedicated to his herd. Junior is Gnu’s son and is often addressed as Junior throughout the show. He is smarter than his father and has more common sense. But, he also understands his father’s desire to become a good leader and father. He is loved and respected for the same. This story features most of all the human relations with which we can develop as a person.

Animal Crackers Season 3 Release Date: When is it coming?

This series has a total of 3 seasons which aired back in 1998 on February 5. Before you think upon it, you should binge on the previous season so that you can continue to understand the plotline well enough. The final episode for this season aired on 16 February 1998. The next season was aired on August 28, 2000 and ended on September 16, 2000. All the 3 seasons are fun and entertaining.

The trailer for the second season is below. Check it out and have a wonderful experience.