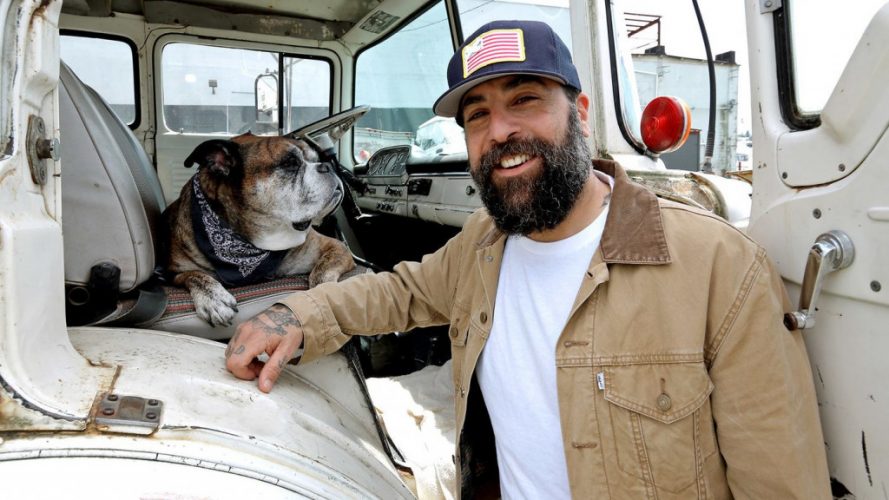 Among the several docuseries and documentaries on Animal Planet about both wild and domesticated animals, Animal Cribs is an innovative, one-of-its-kind program that first premiered on the channel on 3rd November 2017. The first season comprised of nine episodes. The show revolves around designer and animal lover Antonio Ballatore who executes his marvelous design ideas and transforms dull home interiors and exteriors into habitable, striking, and stylish spaces for both pets and their parents. It features Punch Drunk Pictures as the producers, with Rob Hill and Dave Greider as executive producers. Season 1 ended on 22 December 2017. After more than a year, season 2 premiered on 1 March 2019. Here’s everything we know about the next season.

Animal Cribs Cast: Who is in it?

Animal Cribs features Antonio Ballatore — the talented, visionary designer — winner of HGTV’s Design Star and host of HGTV’s The Antonio Treatment. He combines his creative design ideas with available, unseen opportunities in visually drab homes — to convert them into habitable, interesting spaces for both owners and their lovable furry, four-legged, winged, scaly, and feathery friends.

In the words of Patrice Andrews, General Manager of Animal Planet on Discovery, “Antonio’s design expertise, along with his fun and fearless personality, plus amazing ‘before & after’ reveals, make this an entertaining, must-watch series”. He further added, “We welcome Animal Cribs and Antonio and his crew to the Animal Planet family and to our Friday night line-up.”

Accompanying Antonio are his project manager Grace, his right-hand dog, Chewie the bulldog, and a group of expert architects, referred to as Catsperts and Barkitects in the show.

Animal Cribs Plot: What is it about?

Animal Cribs follows the crew as they renovate homes and incorporate elements which feature alterations that make the space functional and enjoyable for pets and owners. Let’s get a glimpse of what each episode has to offer.

In Episode 1, Antonio remodels a family room and connects it to a treehouse which is home for the beloved cat Taffy. The interlinking is done via a suspension bridge so that Taffy’s 10-year-old owner and his feline friend can spend quality time together. In Episode 2, the crew converts a backyard to accommodate the family dog. The redesign involves incorporating a dog-friendly drinking fountain, inserting a feeding station, planting medicinal plants, and also remodeling a bathroom to turn it into a dog washroom. In Episode 3, Antonio — alongside his team — converts a basement — which already houses 20 rescue animals (reptiles, birds, and mammals) — into an underground grotto. They carve out enclosures into the walls so that the animals can enjoy and be comfortable within their reclusive spaces.

In Episode 4, the crew here tackles a tight condo — housing two cats and a dog — into a pet-friendly apartment by inserting spaces into the furniture and building a tall wall for the cat to climb. In Episode 5, Antonio helps the owners to control their messy dog by transforming a laundry room into a dog spa and the backyard into a spacious, football-inspired doggy retreat. In Episode 6, Chickie is a visually impaired senior dog who needs a secured space to navigate properly. The team builds a customized dog lounge so that Chickie can safely explore both the indoors and the outdoors without any challenges.

In Episode 7, the Brewer family’s residence is home to several rescued parrots. Antonio and team arrive to transform the kitchen and dining room into a geodesic dorm so that the exotic feathery birds have space to relax and spread their wings to their full satisfaction. In Episode 8, the crew takes viewers on a visual ride across pet-centric buildings that had inspired Antonio’s own creations. In the finale of season 1 features a home that is packed with bunnies, ferrets, cats, and dogs. The family needed help in constructing a home which could hold all the pets and yet keep them safely separated from each other. The team comes to their aid by renovating the home to accommodate hatches, ramps, and tunnels to house all the animals together in one place.

Season 2 brings Antonio and team to a house which they convert into a dog-friendly resort — complete with a dog park in the backyard – which also houses a pool for the hot summer. The remodel also includes a structure that incorporates tunnels and ramps to host some fun playtime activities for both the owners and the fur babies.

We hope that the upcoming season will continue in a similar vein and make us fall in love with Antonio’s craft again.

Animal Cribs Season 3 Release Date: When will it premiere?

Animal Cribs Season 2 premiered on Animal Planet on March 1, 2019. As far as the next season goes, we don’t have an official announcement yet. But going by the positive reviews, we would be surprised if it doesn’t get another season. Our best guess is that if the show does get renewed, Animal Cribs Season 3 can release sometime in March, 2020. We will update this section as soon as we hear more.

While we wait for an update on season 3, check out the season 2 trailer to refresh your memories. If you haven’t seen the show yet head over to Animal Planet to catch all the episodes of the previous seasons