Animaniacs Season 2: Everything We Know 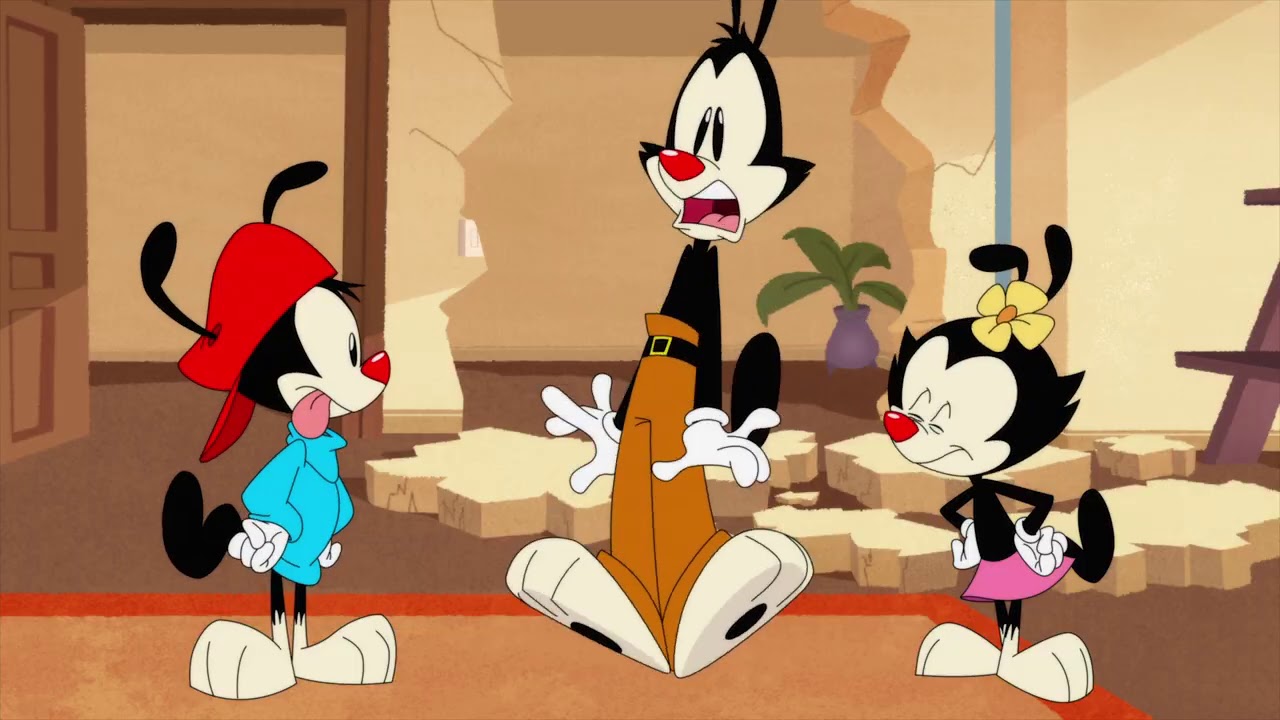 ‘Animaniacs’ is an animated musical comedy series that follows the three Warner siblings – Yakko, Wakko, and Dot – who stir up trouble wherever they go. On the other hand, the two lab mice- Pinky and Brain, have plans of their own. The series is developed by Wellesley Wild and Steven Spielberg that premiered in November 2020 on Hulu. The series is a revival of the much loved ‘Animaniacs’ from 1993.

Some people have felt that it doesn’t have the charm of the original series. Nevertheless, the series has got viewers hooked onto their screens, children and adults alike. This brings us to the question of whether there is going to be a season 2 or not. Here is what we know about ‘Animaniacs’ season 2!

‘Animaniacs’ season 1 landed on November 20, 2020, in its entirety on Hulu. Season 1 consists of 13 episodes that run for about 24-27 minutes each. Fortunately, 26 episodes have been ordered to be produced by Amblin Television and Warner Brothers Animation, so the fans are guaranteed to get another season of the show. ‘Animaniacs’ season 2 is set to release sometime in 2021.

Animaniacs Season 2 Cast: Who is in it?

Most of the main voice actors from the original 1993 series return for the 2020 reboot. Rob Paulsen voices three characters – Yakko Warner, Pinky, and Dr. Scratchansniff. The voice cast members for the other two Warner siblings are Jess Harnell (Wakko Warner) and Tress MacNeille (Dot). Maurice LaMarche voices the character of Brain. Pinky and Brain are genetically modified lab mice who devise plans for world domination. The characters often interact with the workers at the Warner Brothers Studios, especially Ralph the Guard (Frank Welker).

Compared to the original series, there are some new additions to the reboot: Abby Trott (Dr. Ellie Sattler), Stephanie Escajeda (Nora Rita Nortia), and Andy Milder, who voices Steven Spielberg’s character. Season 2 will see all the main cast members reprise their roles, along with some new additions in cast and characters. However, there may be a few exceptions of voice actors who may not return for season 2.

Animaniacs Season 2 Plot: What can it be about?

The first season of the series has returned 22 years after the conclusion of the original. The Warner siblings – Yakko, Wakko, and Dot – are back on the premises of Warner Brothers Studios. The episodes follow the three of them, who were locked away in the water tower for a long time. They have now figured out a way to escape, which lets them continue their shenanigans while the duo – Pinky and Brain, dedicatedly continue to work on their plans to take over the world.

The last episode of the first season of the revival series shows the Warners on a quest to find Dr. Scratchansniff while Brain builds a driverless car. Season 2 will continue to showcase the adventures of the Warner siblings and the two lab mice – Pinky and Brain – as they interact with more characters on the studio lot.

Read More: Most Famous Cartoon Characters of All Time