Everything We Know About Annabelle Comes Home Sequel 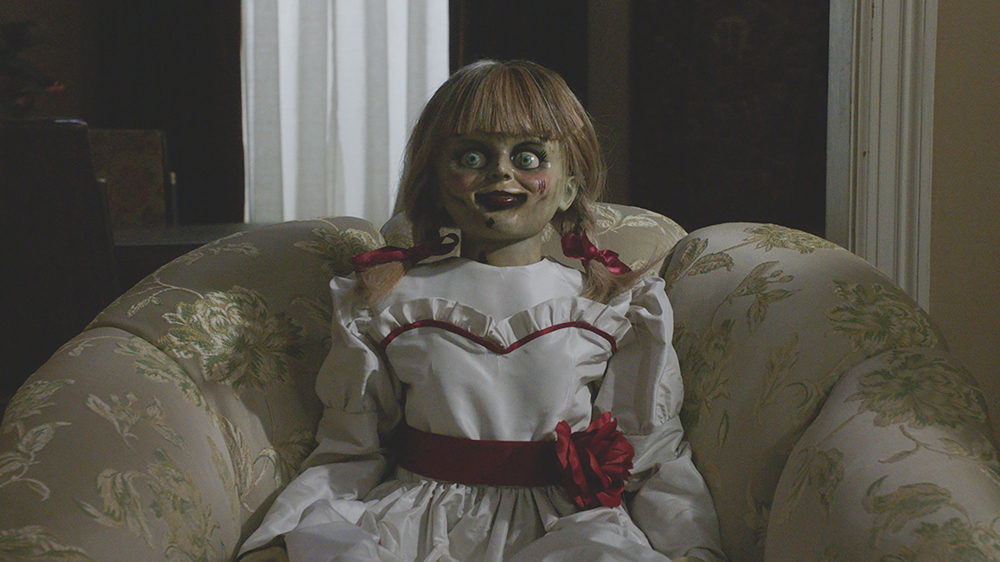 Hollywood franchises might be all the rage today, with at least one release per week for the past several weeks, being a part of a franchise, a sequel, a prequel, a spinoff, or a remake, at least since after ‘Avengers: Endgame’ kicked off the summer season with a smash, (every single week; let that sink in) they have been here since as far apart as the 60s and 70s.

While you might be pretty sure that you may have seen every single way a franchise may be formed or their fictional world may be expanded, be it even through the slimmest of methods including an easter egg, or even a mere reference, we have the ‘Conjuring’ horror universe whose spinoffs have spinoffs, and then there are entire series based on them that are even surprisingly so, absolute box office gold. Even the one film in the series that holds the lowest critical consensus as of date, the first ‘Annabelle’ movie that was agreeably devoid of any semblance of a plot with actual gravitas and genuine scares managed to rake in at least 50 times its production budget. That is what made the prequel, ‘Annabelle: Creation’ happen, and that coupled with the additional $300 million that ‘Creation’ brought in, more than twenty times its budget, prompted this direct sequel ‘Annabelle Comes Home’.

The film opened to favourable critical reviews and especially inspiring numbers which tells me that there is surely going to be another one. However, that might not exactly be the direction that the franchise may be headed in currently, with several other releases lined up in the pipeline already, but that is only if ‘Annabelle Comes Home’ doesn’t do record-breaking business that may inspire WB and New Line to put it straight on priority. Needless to say, ‘Annabelle Comes Home’ spends considerable time nodding to its shared, connected universe, and while there is no official announcement or rumours of even an intention to make it currently, we have enough material from the film itself to chart out a course for a potential direction for the hit franchise to take. Read on.

Annabelle 4 Plot: What can it be about?

Akin to the other films in the ‘Conjuring’verse, ‘Annabelle Comes Home’ has a ton of call-backs to previous films in the shared horror universe and a lot of stuff that sets up potential future movies. The future of the ‘Conjuring’ shared universe looks jam packed too for now, with several films including ‘The Conjuring 3’, ‘The Crooked Man’ and ‘The Nun 2’ already in the pipeline, with the former-most having a release date as well sometime within the next year.

Furthermore, ‘Annabelle Comes Home’ provides a succinct look at the Warrens’ locked away room of haunted and cursed artefacts, or ones that have been used in some sort of ritualistic practice, so that right there is a treasure trove of movie spinoffs and potential new material for the franchise. Looking at how much time the film chooses to spend on one supernatural entity over the other clearly states the studio’s intentions to introduce said entity in future films. Having said that, it is pretty obvious that we are soon going to get a ‘Ferryman’, ‘Hellhound’ and maybe even a ‘Samurai’ spinoff film in the near or far future, with the most emphasis on ‘The Ferryman’ since the film spends considerable time on the development of his backstory and mythos.

Looking at the overall history of the franchise and the structure of this movie, there are two potential directions that I suspect another ‘Annabelle’ film could take. The first one is that of a direct sequel, with all the principal cast members of this one returning. Needless to say, the quite obvious direction this one plays out in will stem from the fact that not all evil got contained inside the glass box at the end of ‘Annabelle Comes Home’, and one or several of them, especially the bride, came home with one of the survivors of the night of horrors at the Warrens’: most notably, Daniela, who was seemingly possessed by the bride and later renounced of said evil. That or another one of the Warrens’ visitors blissfully ignorantly jimmies on into the artefacts room despite the warnings on the front door.

The second direction could be a sequel, but set on different lines and centred on different characters with respect to this film, with the Warrens being the only common thread connecting the two. However, for that to work, Annabelle would have to find her way out of the blessed glass box to wreak havoc upon a new, unassuming group of people. From what we have seen in the franchise until now, and given the fierce proclivity of the ‘Conjuring’verse people to get themselves in danger, this doesn’t seem entirely impossible. Furthermore, ‘Annabelle Comes Home’ quite explicitly reveals the demon using the doll as a conduit as The Ram, a malevolent entity that draws its appearance from the animal of the same name. Expect the sequel to dwell a bit more on that.

‘Annabelle Comes Home’ does not have a post credits scene for when the film ends with Ed and Lorraine and others gathering to celebrate Judy’s birthday. It’s a gleefully surprising yet typical ending for a horror movie, with ‘Dancing in the Moonlight’ by King Harvest playing as the eerily colourful credits roll, and since the movie is part of larger, shared universe, one could usually expect a hint or two. To be fair though, none of the ‘Annabelle’ movies, nor many of the other movies in the franchise have post credits setting up future films, with most of the world building happening within the films’ runtime.

Annabelle 4 Cast: Who can be in it? 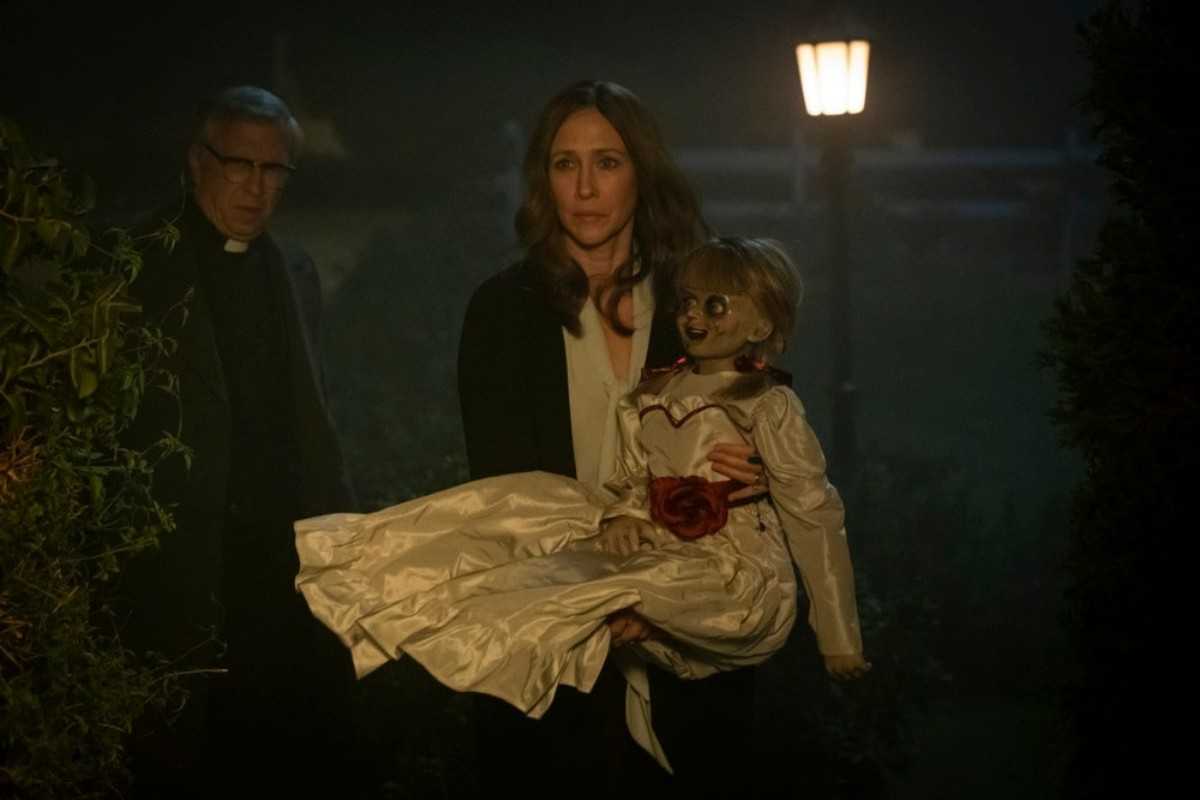 All the three ‘Annabelle’ films up till now, the original, the prequel and now the sequel have all had different casts owing to none of them being direct continuations of the other and set in different times and settings separated by years altogether. With the origins of the haunted porcelain doll out-of-the-way with ‘Creation’, I completely expect the next film in the ‘Annabelle’ franchise to be a direct sequel, set a certain number of years after the events of ‘Annabelle Comes Home’ and exploring a similar series of events with the doll that have little to no ‘physical’ impact on the movement of the franchise but is a self-sufficient movie on its own. In that, one can only expect the common threads in all these movies, Patrick Wilson, Vera Farmiga, and McKenna Grace as Ed, Lorraine and Judy Warren respectively to reprise their roles in the previous films, but only in extended cameos for the former two.

If the plot of the film goes as I predicted, I won’t be surprised if Madison Iseman and Katie Sarife as Mary Ellen and Daniella Rios too reprise their roles in the next one. Although, I won’t be too sure of it looking at the franchise so far.

Annabelle 4 Crew: Who can be behind it?

James Wan has been instrumental and completely indispensable in the development of this shared universe, with his two ‘Conjuring’ films still standing tall as the singularly scariest and best entries in the franchise yet. He has also co-produced several of the films in there along with WB under his production banner ‘Atomic Monster’, so I fully expect him to play that role again along with writing credits. The same may also be said for Peter Safran, who will also presumably produce all future instalments.

As for who will occupy the director’s chair, it seems like a close call between Gary Dauberman, the director of ‘Annabelle Comes Home’ who has also served as writer for both the previous ‘Annabelle’ movies, ‘The Nun’, ‘The Curse of La Llorona’ and both chapters of ‘It’, and Michael Chaves, director of ‘La Llorona’ and the upcoming ‘The Conjuring 3’, both of whom seem to be franchise favourites as of now. However, no official confirmations have been made until now, so it might be a while before we can get a hook on that news.

Annabelle 4 Release Date: When will it premiere?

Too uncertain as of now. To be fair though, the three ‘Annabelle’ films haven’t been placed too far apart yet, with the first one coming out in 2014, the prequel in 2017, and the sequel in 2019. The Conjuring universe for now seems to have set its eyes on expanding, with ‘The Conjuring 3’, ‘The Crooked Man’ and ‘The Nun 2’, already in development along with several other spinoffs in the works. However, ‘Annabelle’ has always been prime property, so expect the studio to push through and make space because I am pretty certain of two things: neither are they letting go of this property, and nor does ‘Annabelle Comes Home’ seem like the end of the road for Annabelle. I am counting on a 2022 release for Annabelle 4, and an official confirmation of that sometime very soon.