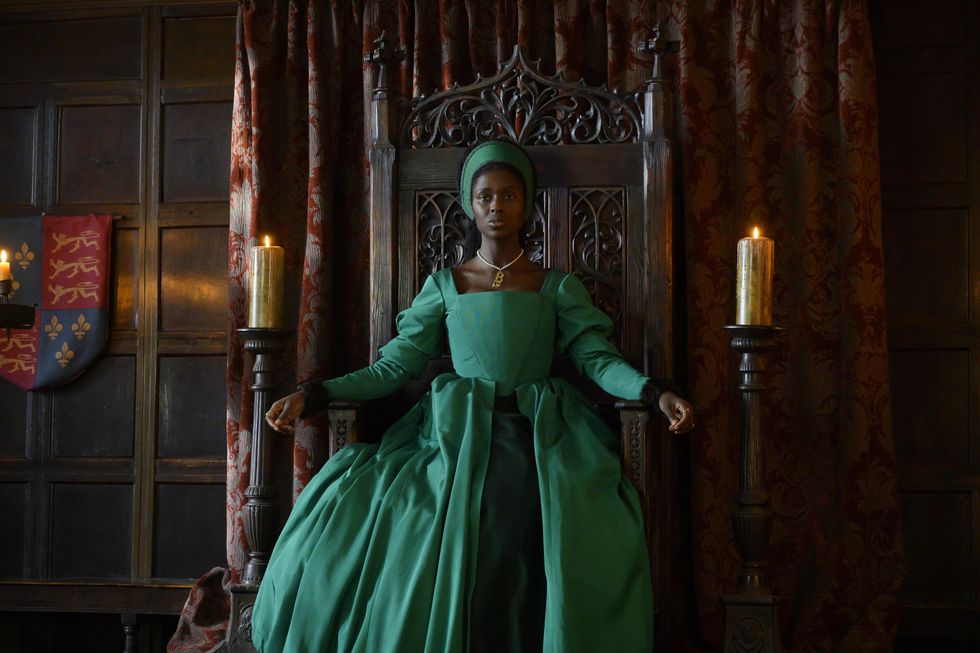 Created by Eve Hedderwick Turner, ‘Anne Boleyn’ is a historical series that recounts the spine-chilling tale of its titular protagonist, who stands in history as the second of Henry VIII’s six wives. The show takes place during Anne’s final five months before she was executed for alleged treason in 1536. Although it has been touted as a compelling watch, the show has been initiating endless controversies and unrest among the audience.

The psychological thriller drama series has also received a lot of criticism over its casting despite being impressive in terms of the performances, especially that of the show’s lead Jodie Turner-Smith. After the first season ended, many are wondering if the show would come back with more episodes. In that case, let us dive into the latest updates for a potential season 2!

With regards to the second season, here is all that we know. Its producer Channel 5, has not released any updates about its possible return. In addition, ‘Anne Boleyn’ was declared as a three-part mini-series by its home network, narrating the story of Anne’s last few days. If we take that into factor along with the fact Anne Boleyn passed away in real history, the arrival of another season seems counterintuitive.

It could only return if the makers helm a prequel that recounts Anne’s earlier years. Another factor we could consider is the overall response it has garnered from both critics and the audience. The historical drama has received mixed reviews with regards to the casting and historical credibility. In addition, the fact that Jodie Turner-Smith has been cast as Anne Boleyn did not sit well with the audience. The prospect of color-blind casting, also seen in ‘Bridgerton,’ is something that viewers still have trouble accepting.

Hence, as of now, it is unlikely that ‘Anne Boleyn’ season 2 will ever get made. If the creators decide to spin it off into another series, there is a high chance for its home network Channel 5 or any other network to take it up. If it doesn’t, you can derive peace from the fact that the British have a penchant for creating historical movies or biopics. So you can await the arrival of new shows based on similar tropes. Until then, you can rewatch the released episodes of ‘Anne Boleyn’ season 1. If that doesn’t suffice, you can move on to other options like ‘Bridgerton’ or ‘Downton Abbey.’