Annihilation Sequel: Everything We Know 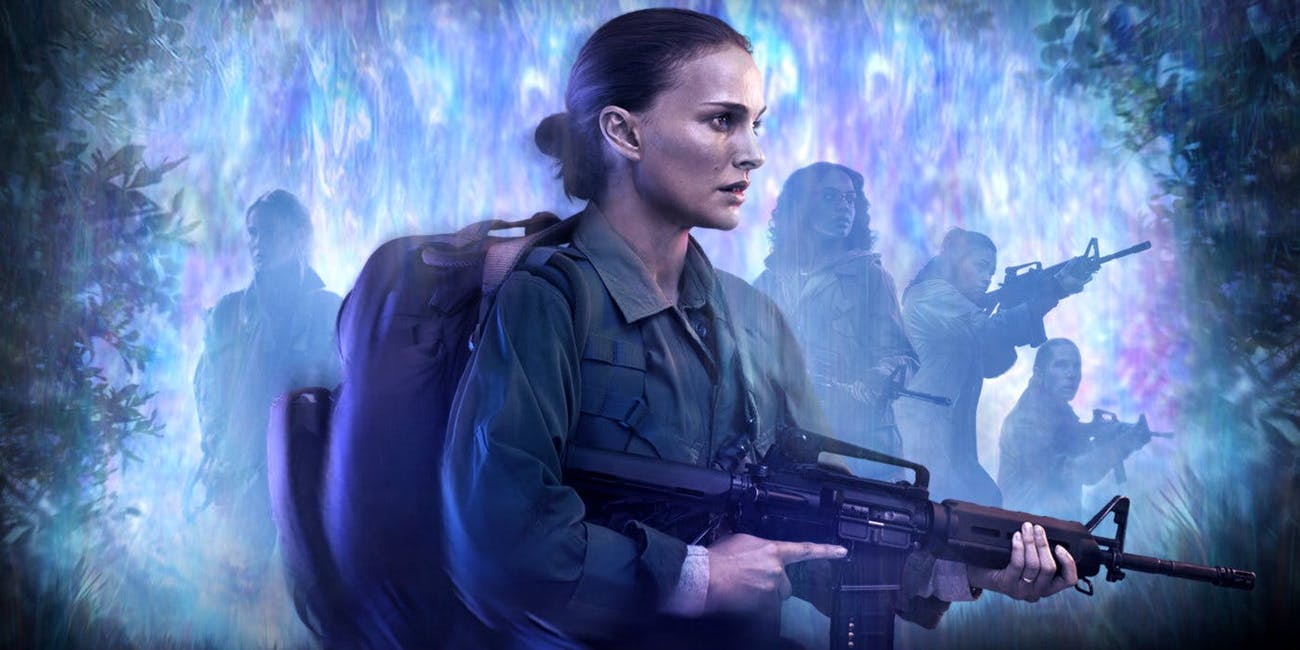 In a world replete with franchises and sequels being churned out from films quite well placed in the past, even as far as the 80s, this one dares to stand out, despite there being potential material ready for possible sequels and the formation of a possible trilogy. ‘Annihilation’, as much as I like the film itself, I would state wasn’t for everybody. The huge rift in between its critical consensus and audience score should put what I am saying in perspective.

However, while critics showered the film with praises, praising the film’s propensity with visuals and the deeper themes it handled in the guise of a sci-fi film, its commercial performance dictated a completely different story for its producers at Paramount. That it was released widely by Netflix following a limited release in theatres where too it failed to attract the viewership it should have didn’t help.

However, what really sealed its fate as a standalone film, and a beautiful one at that, was its director, Alex Garland’s single-handed determination in seeing this as an individual project, and not the beginning of a possible franchise. Resultant, as of today, there is virtually no talk of an ‘Annihilation’ sequel. I wouldn’t say it is cancelled since what we gather is that it never seemed to be intended in the first place. We will expand on Garland’s statement and his refusal to do a sequel in later sections of this article, but for now, let’s expand on the “what could have been” part of it all. Read on to find everything we know about the sequel that would never happen.

Annihilation 2 Plot: What Can It Be About?

‘Annihilation’ is officially adapted from the novel of the same name by Jeff VanderMeer, forming part of the internationally best-selling trilogy of books called the Southern Reach trilogy, including ‘Authority’ and ‘Acceptance’, the other two books. As with numerous other book adaptations that have made it onto the big screens, the possible version of an ‘Annihilation’ sequel would also stem from ‘Authority’, the second book in the series, even if Alex Garland didn’t intend on it in the first place. As a result, the film notes quite some significant changes from the book, especially the ending that sees Area X or The Shimmer, completely destroyed.

However, there are numerous ways in which a sequel could have still transpired regardless. Originally in the books, ‘Authority’ sees a new character at the helm, John Rodriguez, or as he is better known as, Control, working for the organisation behind it all, Central. The story is told from his perspective as he takes over as the Director of the Southern Reach. Control is drawn towards the Biologist’s (Lena’s) sudden reappearance from The Shimmer, unaware that the one returning was actually a clone who refers to herself as Ghost Bird. Similar to the beginning of the first film, Ghost Bird is detained at the Southern Reach and is interviewed by Control. The later part of the sequel sees them returning to The Shimmer as it begins expanding its boundaries and things turn even more chaotic. There is little to go on apart from that, especially given that in an attempt to make ‘Annihilation’ a standalone film, the Shimmer was apparently destroyed at the end of the first film, which also serves the purpose.

There have been multiple facets of the film that the audience and its takers seem to have liked, adding to the beauty of it, but for me, invariably so, the best part about the film would be the conceptualisation and visualisation of The Shimmer or Area X, with nature reclaiming itself and gradually, everything around it. The mutated animals and plants, however horrific, added to the overall intrigue about the place. Safe to say that if a sequel would have been happening, a return to The Shimmer would be the one thing that I would be most hyped up about. This would seem all the more difficult now since the movie ended causing the biggest deviation from the book, with The Shimmer fading away. I am sure though that if the sequel transpired, they would have found a way to get that fantastical albeit horrific world back, but that won’t be happening.

Annihilation 2 Cast: Who Can Be In It?

Given the nature of the story in the first book, the only character I can expect to mount a return would be Natalie Portman’s Lena, or as she is known in the books, The Biologist. However, as the sequel would have it, the one to return from The Shimmer wasn’t Lena but her clone, Ghost Bird, which would honestly have been lovely to see in a sequel. There are some additional characters too that form an essential part of the sequel that would entail new casting, but at this point it would be like flogging a dead horse.

Annihilation 2 Crew: Who Could Be Behind It?

Even if the chances of a possible franchise, and with it, a second film, hang in the balance as of now, the one thing that has been clear since the beginning of this write-up is that Alex Garland, who is also one of the primary reasons I was drawn to this film in the first place, won’t be returning to the director’s chair if ever the franchise is revived and the studio decides to have a sequel. As stated before, sequels have been something that the director isn’t quite clearly interested in, having already moved on to his next project: the TV series ‘Devs’ for FX.

Garland has also stated that while his singular aversion to sequels stands, he didn’t develop ‘Annihilation’ as the possible beginning of a franchise, instead choosing to focus on the film as a whole. The director states that he does this to keep the creative process of the film intact. Also, he very clearly said that he has absolutely no problems if the studio intends to go ahead with a possible franchise, however ensuring that he won’t be a part of it. In the rarity thus that the studios decide to go ahead with a sequel to the film and continuing the franchise by adapting the second book from the Southern Reach trilogy, they will have to look for a new director.

Annihilation 2 Release Date: When Can It Premiere?

Since there is no news regarding a sequel right now and all speculations seem to have been put to rest, we can reasonably assume that Paramount isn’t remotely interested in making a sequel happen. However, as long as we are only speculating based on the assumption that the sequel does get picked up, a 2021 release date with a new director (and possibly new producers) seems prudent.