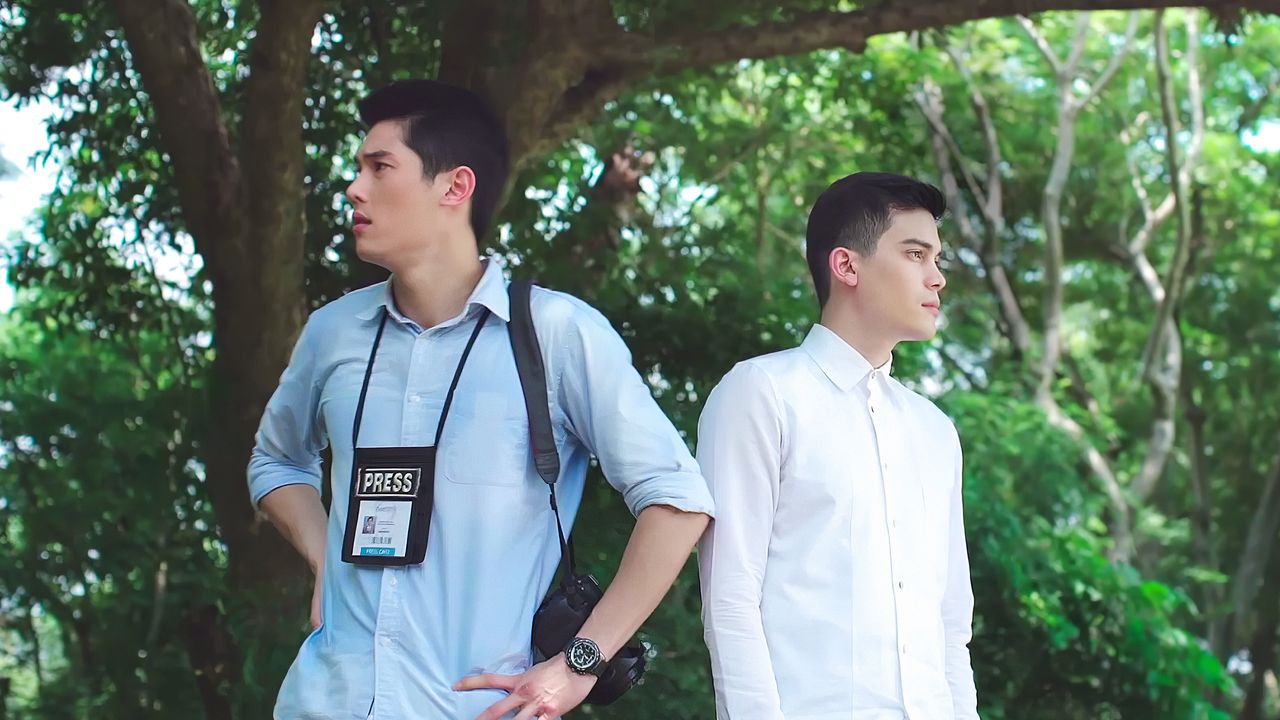 A culture shrouded in history, magnificent temples, and tropical beaches, accompanied with that ever-comforting smile — for westerners, this is the basic definition of Thailand. But, here’s the thing. Did you know that Thai people simply love their soap operas and TV shows? In fact, after gorging on food and indulging in their daily doses of guilt-free napping, this addiction to television has been engraved deep into the Thai psyche for multiple generations. Thai soaps (lakorns) took its full grip on the populace during the 1950s, thanks to American broadcasting. Almost every series in the country lasts for roughly three months, airing two to three episodes each week.

Next, coming to their favorite subject matter, Thai shows generally explore subjects such as family squabbles, action, comedy, fantasy, and horror (yes, Asian ghosts have their own special space in our spooky dreams and sleepless nights). And we need not mention about Asian action. Remember Ong-Bak? Sure, you do!

Now, let’s tell you a bit about Thailand’s obsession with fictional storytelling that revolves around fantasy. There’s one particular tale that we would like to mention here and which has featured multiple remakes. Originally named ‘Taewada Toke Sawan’, this series was released in 1986 and it tells the story about a group of angels who come down to earth. They are on a mission to find answers to one question — why are there fewer people going to heaven? Thep, one of the angels, gets stuck in the world of humans and meets Add, a reporter. By fate, Thep saves Add’s life, leading to a chain of chaotic events.

Following this, a movie, ‘Fallen Angels’, debuted in 1989 and another series, ‘Taewada Toke Sawan’, premiered in 1999, both of which tell the same story. Yet again, this plot, with a slightly different twist is explored in ‘Kham Tob Samrab Sawan’ or ‘Answer for Heaven’, another TV show. It revolves around a righteous fallen angel who has to partner with a rating-obsessed reporter to solve crimes while posing as investigative journalists in a highly competitive newsroom. But this time, the good news is that the series debuts for its international audience as well. Amazing, right? Read on to know more about this wonderful reveal.

Answer for Heaven Cast: Who is in it?

Answer for Heaven Plot: What is it about?

‘Answer for Heaven’ introduces us to Thep, an angel who lands on earth to understand why do humans do less good deeds. This is when he meets Add, a reporter employed with the Special Task Force. Add has been assigned the task to cover news for the crime department. However, as luck would have it, his life is saved by Thep. Now, until the latter returns to heaven, the duo joins hands to explore various crimes, leading to a sequence of chaotic incidents.

Combining humor with fantasy themes and friendship, ‘Answer for Heaven’ is a gem of a comedy, plus a heartwarming story. Hence, if you are in for witnessing a different approach to the conventional category of foreign dramas, you should definitely give it a try.

Answer for Heaven Season 2 Release Date: When will it premiere?

‘Answer for Heaven’ Season 1 premiered on Netflix on June 27, 2019. Picked up as a Netflix original, it is a part of the platform’s commitment to connecting people globally via Asian entertainment. With multiple Asian productions from Japan, Taiwan, Thailand, India, and South Korea joining its slate, the network endeavors to highlight Asian storytelling in around 190 countries.

As per Sarandos, Chief Content Officer for Netflix, “Asia is home to the world’s great creative centers producing some of the most compelling films and series of today.” He also added, “The beauty of Netflix is that we can take never-seen-before stories from South Korea, Thailand, Japan, India, Taiwan or elsewhere, and easily connect them to people all over Asia and the world.” In fact, more than half of Asian content hours viewed on Netflix comes from other regions. Hence, the fan base is huge and is increasing every year. With the release of ‘Answer for Heaven’, it is another addition to the rich library of Thai series, which already has other titles such as ‘Oh My Ghost’, ‘Kiss The Series’, and ‘The Promise’, to name a few.

So, will ‘Answer for Heaven’ be renewed for another season ? If we go by the release schedule of its 1986-released original, it did have 30 episodes in its entire run. However, Netflix has not made any official announcement yet. But considering its history, which featured multiple remakes, we can say one thing for sure — the story has enjoyed a steady approval rating among the Thai audience. Hence, we would not be surprised if it generates a similar response among its international viewers as well and gets commissioned for another season. And if that happens, we can expect ‘Answer for Heaven’ Season 2 to release sometime in June 2020. We shall update this section with more concrete news as and when we learn more.

Check out the official trailer for ‘Answer for Heaven’ Season 1 (complete with subtitles) and all the episodes of the first season right here.