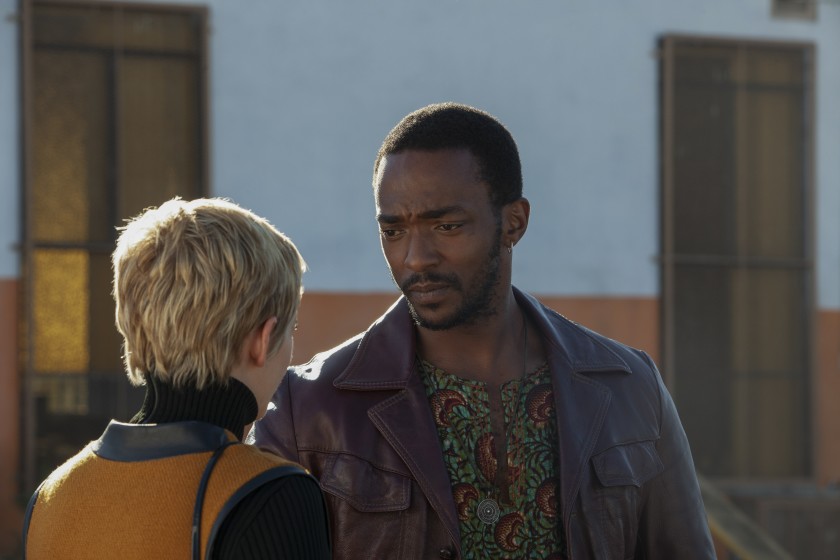 A series of Broadway and off-Broadway productions helped actor Anthony Mackie to perfect his subtle but effective style of acting at the early stages of his career. He made his feature film debut with the movie ‘8 Mile’ in 2002. Films like ‘Brother to Brother’, ‘She Hate Me,’ ‘We Are Marshall,’ ‘The Hurt Locker,’ ‘Night Catches Us,’ ‘The Adjustment Bureau’,’ ‘Captain America: The Winter Soldier,’ ‘Avengers: Age of Ultron,’ and ‘Captain America: Civil War’ catapulted him into the league of A-listers. Mackie has also played amazing characters on television which include ‘All the Way’ from HBO, opposite Bryan Cranston.

The actor has also earned a number of nominations and awards that include the Black Reel Award for the Best Actor, Gotham Awards, Independent Spirit Awards, and NAACP Image Awards, among others. Now you must be wondering what is the next Anthony Mackie movie or TV show? Well, here’s the list of upcoming Anthony Mackie films and TV shows scheduled to release in the near future. We can only hope that the new Anthony Mackie performances would be as good as some of his recent ones.

Billed as a political thriller, ‘Seberg’ revolves around an actress named Jean Seberg (Kristen Stewart) who finds herself at loggerheads with the FBI due to her support for the Black Panther Party and its leader Hakim Jamal (Anthony Mackie). Other cast members include Jack O’Connell, Margaret Qualley, Colm Meaney, Zazie Beetz, Vince Vaughn, Stephen Root, and Yvan Attal. ‘Seberg’ is directed by Benedict Andrews from a script by Joe Shrapnel and Anna Waterhouse. The movie is slated to be released on December 13, 2019. 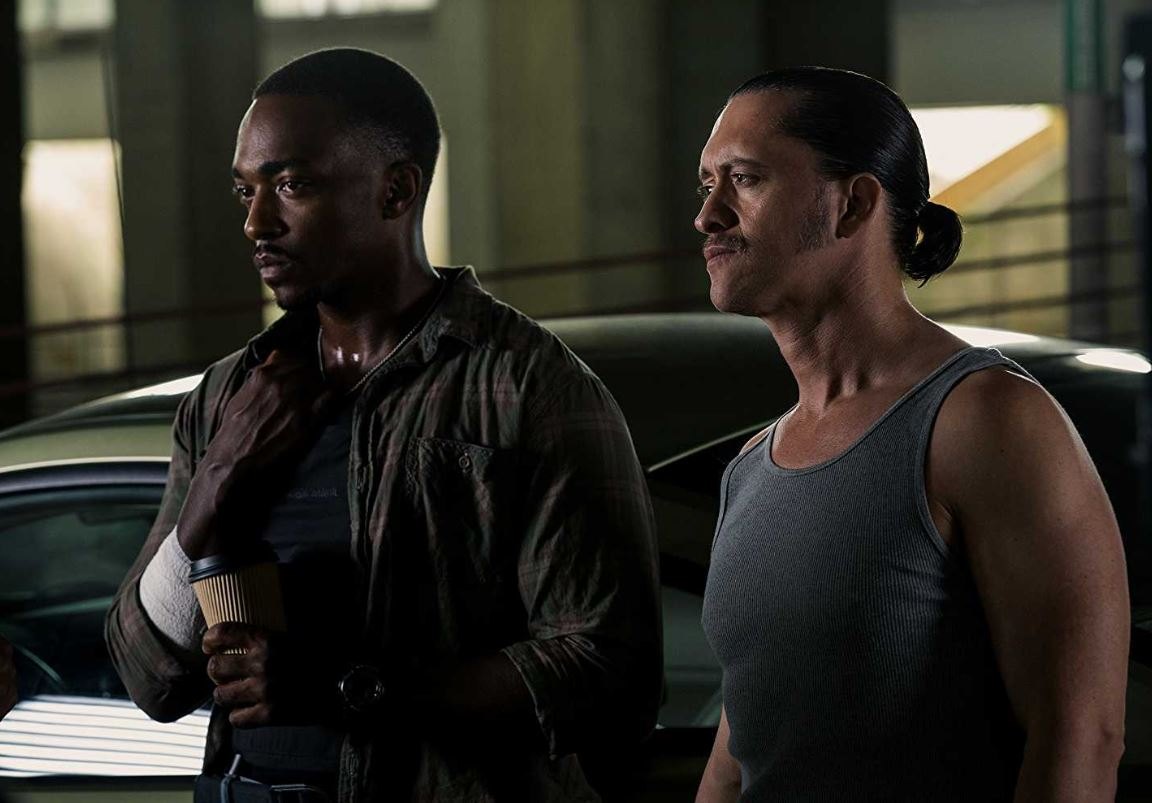 Anthony Mackie is reportedly in negotiations to join the cast of the upcoming flick ‘Woman in the Window.’ Based on the bestselling novel of the same name by A.J. Finn, the film also features Amy Adams and Julianne Moore in the lead roles. Gary Oldman, Wyatt Russell, and Brian Tyree Henry round out the cast. Joe Wright is directing the movie from a script adapted by Tracy Letts. Scott Rudin is producing ‘The Woman in the Window’ along with Eli Bush. The movie is slated to be released on May 15, 2020. 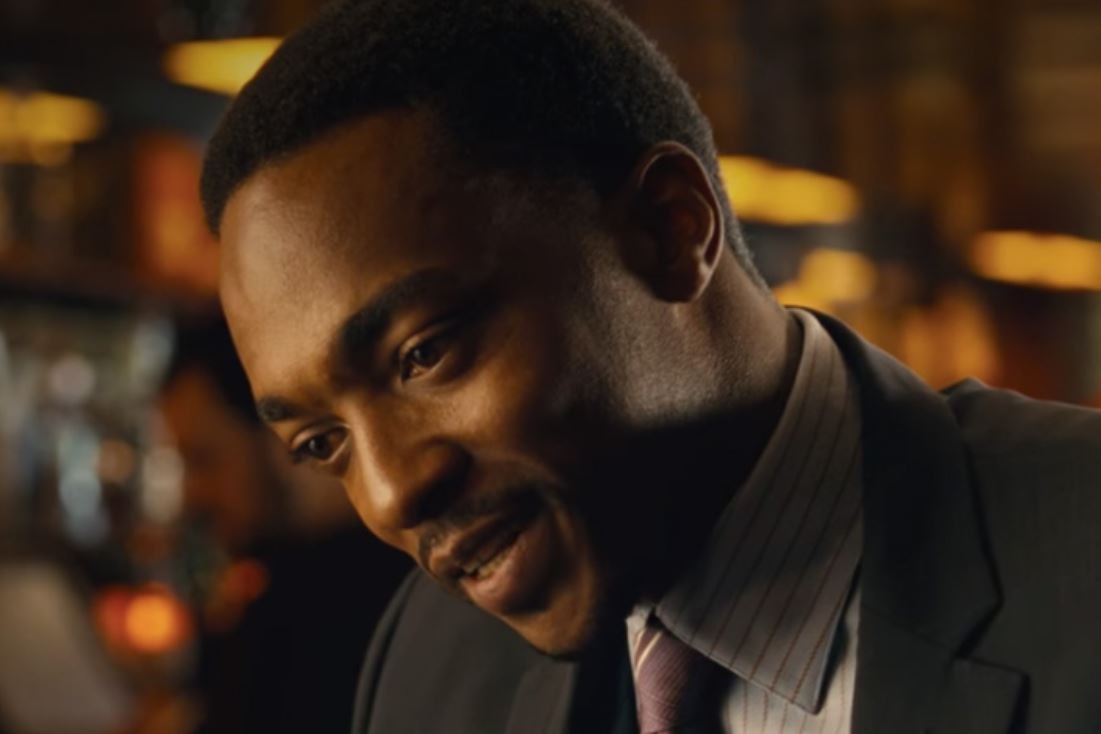 Netflix’s popular sci-fi series ‘Altered Carbon’ has amassed a significant fan following during its first season run. The streamer renewed the series for a second season in June while replacing the leading man Joel Kinnaman with Anthony Mackie. Set in a futuristic society where humans achieve the feat of immortality through the advanced body-time displacement and digitally stored consciousness, the plot follows a burned-out soldier-turned-detective Takeshi Kovacs (Mackie).

Alison Schapker joined the second season as a co-showrunner alongside Laeta Kalogridis. The first season went on to become a critical and commercial success for its depiction of recurring themes like identity, mortality and the human soul, along with Kovacs’ never-ending journeys across different bodies and planets. ‘Altered Carbon’ is created by Laeta Kalogridis based on the 2002 novel of the same name by Richard K. Morgan. Season 2 of the series is expected to be aired by Netflix in February 2020. 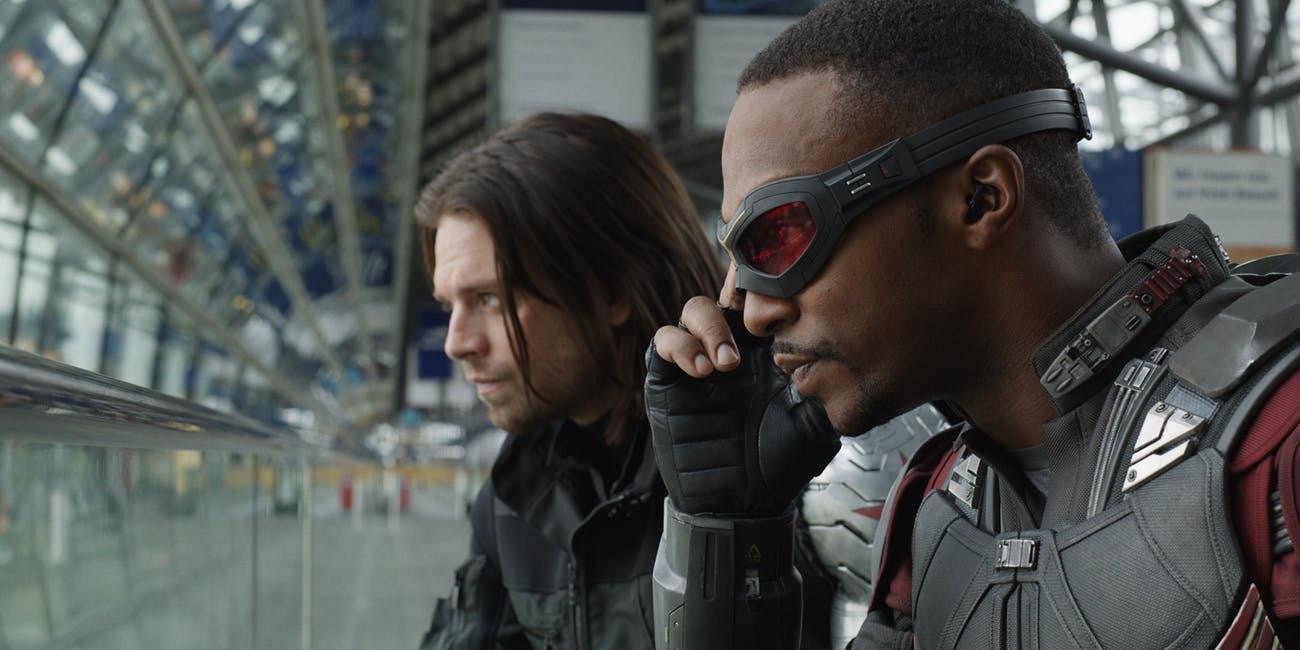 Marvel’s ‘The Falcon & the Winter Soldier’ features Anthony Mackie and Sebastian Stan in the lead roles alongside Daniel Brühl and Emily Van Camp. Though the plot details are kept under tight wraps, Mackie is expected to play the iconic character of Captain America after Chris Evans put down the shield in ‘Avengers: Endgame.’ Veteran director Kari Skogland is directing the six-episode series from a screenplay by Malcolm Spellman, known for ‘Empire.’ ‘The Falcon & the Winter Soldier’ will debut in the new streaming platform Disney+ in late 2020. 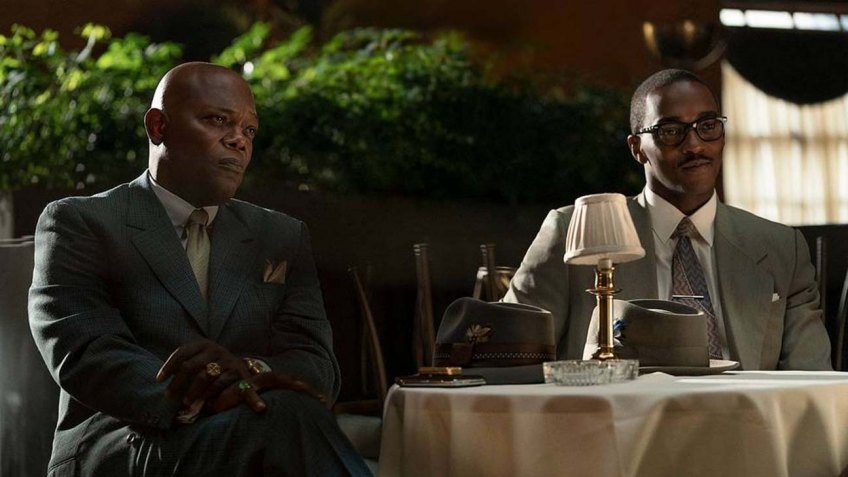 ‘The Banker’ is an upcoming drama based on a true story of two African American entrepreneurs who navigate through the cutthroat American industrial scene while elbowing racist prejudices. The plot follows Bernard Garrett (Anthony Mackie) and Joe Morris (Samuel L. Jackson) who recruit a white man named Matt Steiner (Nicholas Hoult) to function as the face of the company.

The real owners control the firm while pretending as Steiner’s janitor and chauffeur. The arrangement helps them to evade hurdles faced by African American entrepreneurs in the U.S., according to reports. ‘The Banker’ is directed by George Nolfi while Niceole R. Levy and Stan Younger co-wrote the script with the director. 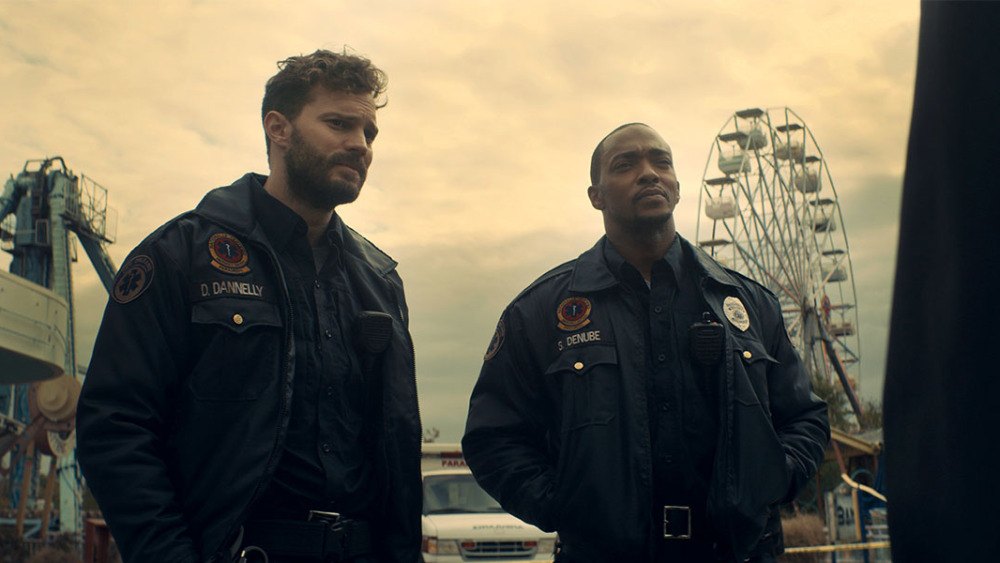 Anthony Mackie joins forces with Jamie Dornan for the sci-fi thriller ‘Synchronic.’ The actors play the roles of two paramedics whose personal and professional lives turn upside down after a series of mysterious deaths caused by an unknown drug. ‘Synchronic’ is directed by Justin Benson and Aaron Moorhead from a script by Justin Benson. No release date has been attached to the project, which premiered at TIFF 2019. 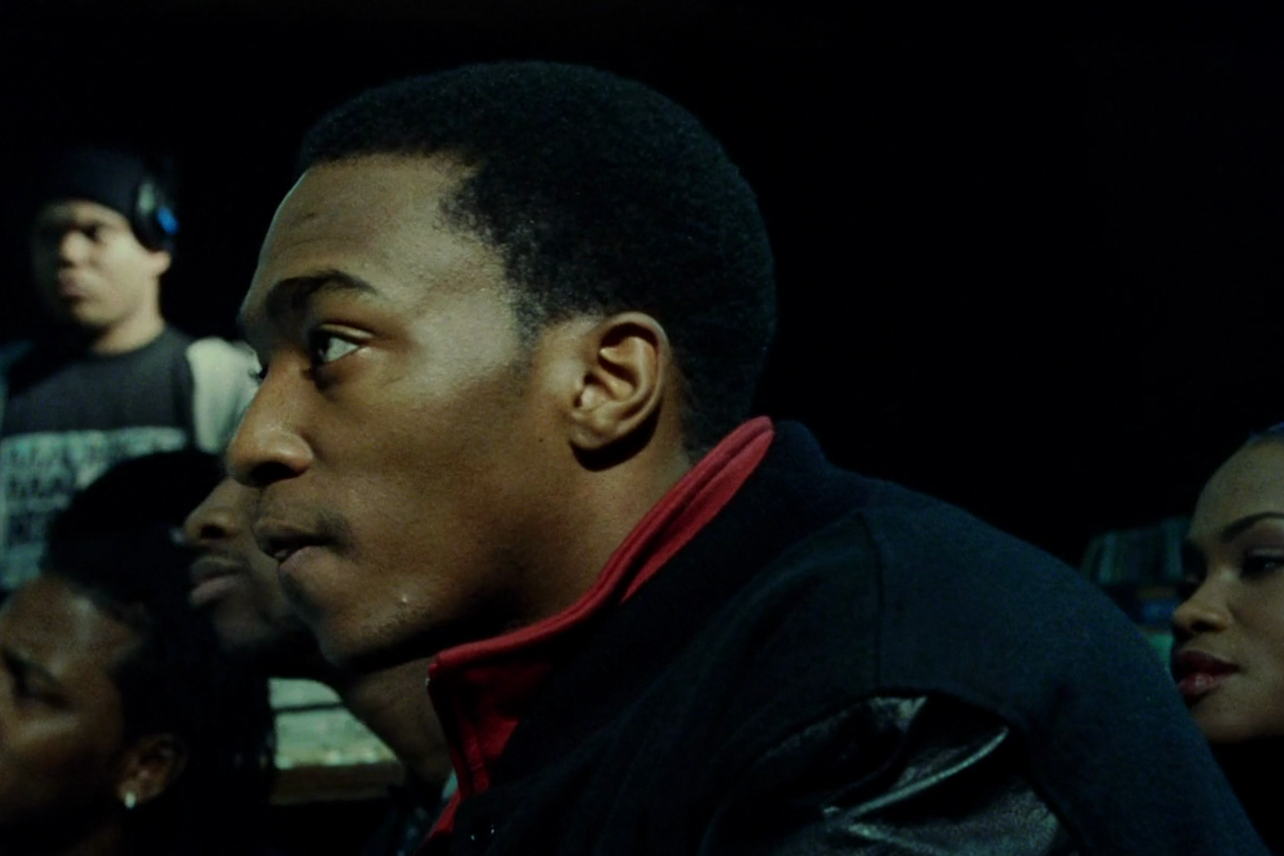 The forthcoming action-thriller ‘The Blue Mauritius’ is a French-American co-production that revolves around one of the most elaborate stamp thefts in history. The plot follows five thieves with international networks and hideouts who meet up in Cape Town to steal the most expensive stamp in the world.

The movie features Anthony Mackie alongside Isaac Hempstead Wright, Élodie Yung, John Rhys-Davies, and Thomas Kretschmann. ‘The Blue Mauritius’ is directed by Camille Delamarre from a screenplay by Maurice Molyneaux, Bert Stroo and Ellery Washington. The movie is currently in pre-production. 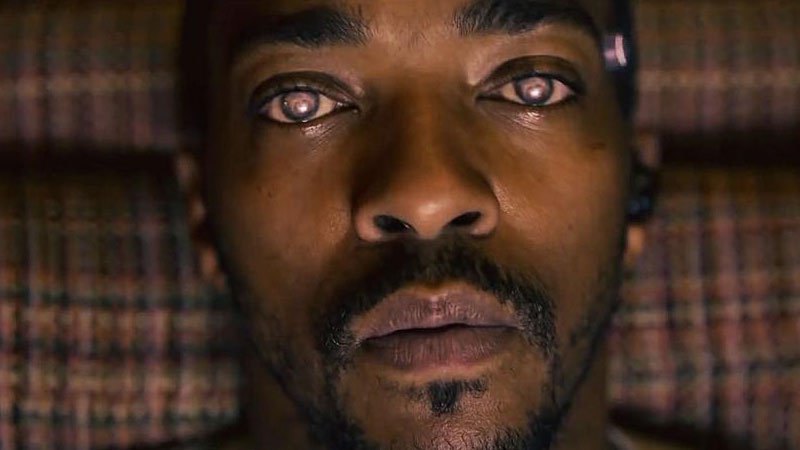 The long-gestating drama ‘Signal Hill’ features Anthony Mackie as the heroic attorney Johnnie Cochran. The plot is reportedly based on the real-life events of the notorious Signal Hill police brutality case in 1981. Cochran was hailed as a hero of the African Americans after his unwavering stand in the legal battle that ensued.

Later in his career, Cochran went on to become a legendary activist and celebrity lawyer who represented the likes of O.J. Simpson in the trial of the century, Michael Jackson and Jim Brown, to name a few. ‘Signal Hill’ is directed by Taylor Hackford from David McMillan’s script. Other cast and plot details of the movie, which is currently in pre-production, haven’t been revealed yet. 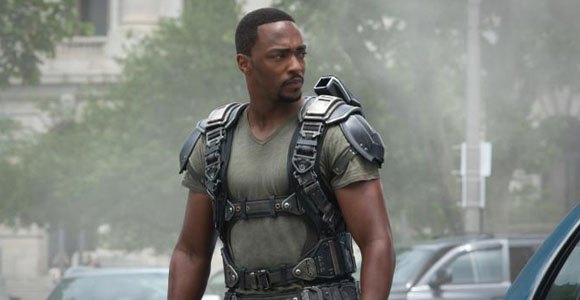 Anthony Mackie joins hands with Netflix, after a critically acclaimed appearance in the new season of popular sci-fi series ‘Black Mirror’, for the upcoming Netflix Original film ‘Outside the Wire.’ Set in the near future, the movie will feature Mackie as a drone pilot who is assigned by his superiors to assist a humanoid officer in a dangerous mission across a militarized zone to track down a doomsday device before a group of terrorists puts their hands on it.

‘Outside the Wire’ is directed by Mikael Håfström from a script written by Rob Yescombe and Rowan Athale, reports EW. Apart from playing the lead role, Mackie produces the project in association with Automatik, 42, and Inspire Entertainment. No release date has been attached to the movie yet. 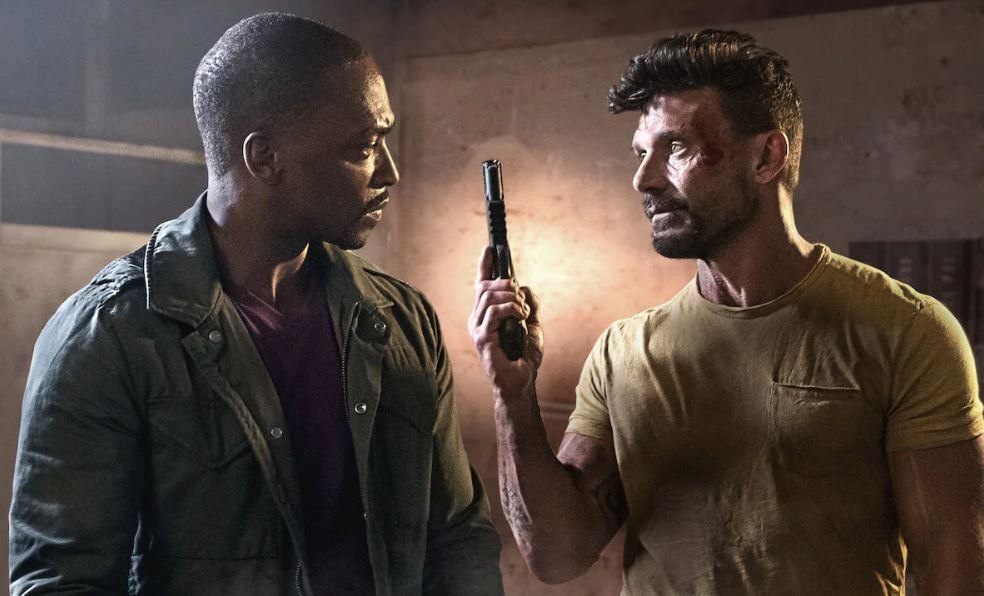 Netflix’s thriller ‘Point Blank’ features Anthony Mackie and Frank Grillo in the lead roles. The movie follows an emergency room nurse (Mackie) who finds an unlikely ally in a most wanted criminal who is under treatment at the hospital. Things take a wild turn when the nurse’s wife is kidnapped by a group of corrupt cops.

He has to set free the criminal who is under his care in order to save her before it is too late. Soon, the duo hit the road with all the cops in the city and rival gangs of ruthless mobsters on their tail. ‘Point Blank’ is directed by Joe Lynch from a script written by Adam G. Simon. Netflix released ‘Point Blank’ on July 12, 2019.