When Will Antiques Roadshow Season 24 Premiere on PBS? 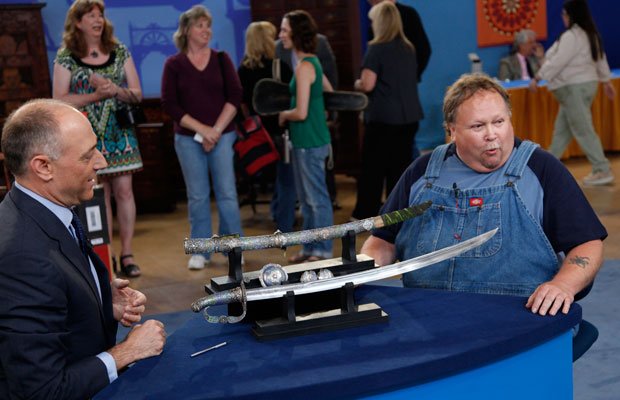 Antiques Roadshow is an American television series broadcast on PBS that features appraisers specialized in antiques who travel from different parts of the world to the US to appraise antiques that are bought by people. It is based on British show of the same name, which is again inspired by a documentary series that centers around an auction house where people throng to buy antique pieces.

The series is an interesting watch where people who have the habit of collecting things try to sell their trash by presenting them as treasures. Owners of genuine antique items make money by selling their “treasure”. While some antiques turn out to worthy, others are found to be useless. Each episode features specialist antique appraisers visiting a particular place and appraising the treasures of the locals and evaluating their worth.

Nominated 17 times for the Emmys, ‘Antiques Roadshow’ is among the most-watched shows on PBS. Garnering up to eight million viewers each week, it is, in fact, PBS’s highest-rated ongoing series. And hence, it is no surprise that the series has spanned 23 remarkable seasons to date. Recently, it received its 24th renewal. Here’s all we know about ‘Antiques Roadshow’ season 24.

Who is the host of Antiques Roadshow?

Antiques Roadshow’s first host was antiques expert Chris Jussel, followed by contemporary art expert Dan Elias, and then by ‘Good Morning America’ correspondent Lara Spencer. Mark L. Walberg, who replaced Lara Spencer in 2006, is the current host of the series. He will resume his hosting duties in season 24 as well.

Some of the notable appraisers featured across the episodes include Simeon Lipman, James Supp, Tom Lecky, Noel Barrett, Gary Sohmers, and Alan Fausel, among others.

What is Antiques Roadshow about?

Antiques Roadshow is a reality series that features prominent appraisers specializing in antiques who visit different parts of the United States to appraise the antique items bought by the residents. The appraisers visit a particular location in each state, and the locals throng the place to get their antique pieces evaluated by the experts.

Some of them sell their valuables for money while others want to know the legacy and the worth of their treasures. There are many interesting events in the series where people even get to know that they had been cheated because the antique they bought was worthless. Some people try to sell their products by telling the appraisers that their souvenirs are unique and centuries old.

The most interesting aspect of the show is the antiques themselves. For instance, in one of the episodes, appraisers value Japanese hair decorating products, unique Egyptian necklaces, and some of the ancient silver plated dishes and Lewis Carroll letters. Another episode features a big pocket knife and a pack with a bullet piercing it, that dated back to the times of World War I.

Then there have also been items such as Zulu weddings, Victorian pictures, and a wonderful drawing by an artist, L.S. Lowry. The viewers also get to see outlandish items like a painting done on top of asbestos, a ship made by carving a bone and Zebras from Staffordshire.

Season 24 sticks to a similar format and showcases unique, fascinating trinkets and details the stories that accompany them. Across the episodes, we visit a beautiful botanical garden in a desert and a living history celebration of our pioneer past. Three one-hour episodes are filmed in each of these venues.

Executive producer Marsha Bemko expressed her excitement for the upcoming season, saying: “This new season includes some of my favorite ROADSHOW moments in recent memory. Just when I think I’ve seen it all, the guests, objects, and stories we capture amaze me all over again. And if I am surprised, I think it’s a safe bet you will be too!”

In Winterthur, Delaware, the crew stops at Winterthur Museum, Garden & Library, where they appraise a 1923 Frank Schoonover oil painting — bought by the owner’s mother for his father. She did it by saving $5 of their food money every week for two years.

In West Fargo, North Dakota, viewers are taken to the Midwest in the town of Bonanzaville where the team appraises antiques worth $500,000-$700,000. Again, In Sacramento, California, we get to see how the crew unearths an iconic piece of film history at Crocker Art Museum and appraises a prototype Ark of the Covenant prop featured in 1981’s ‘Raiders of the Lost Ark’.

The next stop is in Phoenix, Arizona, which houses the rarest collection of contemporary celebrity and modern art at the Desert Botanical Garden. There is also an appraisal of a Kanye West artwork portfolio, which dates back to 1995 and was purchased by the husband of the artist’s first cousin. The fifth venue is San Antonio Texas, where Roadshow travels to Alamo at McNay Art Museum and appraises a carved folk art cane, which was created by natives in 1897.

Antiques Roadshow Season 24 Release Date: When will it premiere?

You can check out one of the official preview clips from season 24 below: