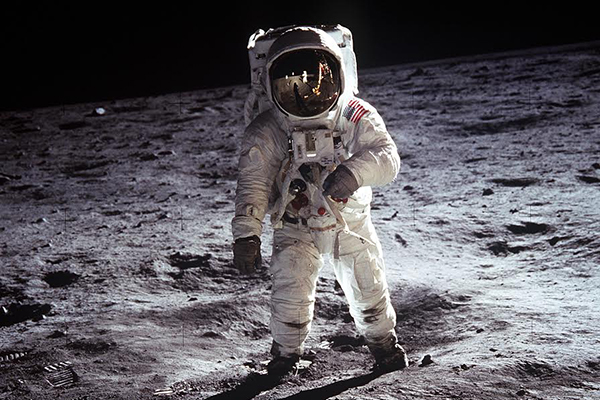 1969 was the year when mankind achieved something which was unthinkable. It was the year when two human beings first stepped on the surface of the earth’s only natural satellite, the moon. When the event first happened, it sent ripples throughout the world. No one had ever thought something of this magnitude was ever achievable for America, especially after depleting huge amounts of resources in the Vietnam War throughout the decade. 2019 marks the 50th anniversary of the historical event. Smithsonian Channel’s series ‘Apollo’s Moon Shot’ is centered around the event and shows us how the miracle was achieved by the National Aeronautics and Space Administration. Besides the series, the Smithsonian Channel also launched a VR app which gives viewers a first-person perspective of the moon landing.

David Royle, Chief Programming Officer, Smithsonian Networks said “Smithsonian Channel is uniquely placed to relive and examine these momentous historic events. We have drawn on the expertise of Smithsonian Institution and our unique resources to relive and reexamine events that were the result of scientific brilliance, as well as human endeavor, and forever changed our perception of our place in the universe.” Here is everything we know about this series:

Apollo’s Moon Shot Cast: Who is in it?

All the major figures we see in this series are highly important people who had undeniable roles directly or indirectly behind the moon landing. The most important figure, in this case, is none other than the 35th President of the United States, John F. Kennedy. The Cold War between the USA and USSR had led to the two countries competing with each other in various fields, trying to prove that their country better than the other. It was during this competitive period that Kennedy called for the moon landings, putting America’s space program into overdrive.

Michael Collins, who was a part of the team of astronauts in the Apollo 11 mission along with Neil Armstrong and Buzz Aldrin, is seen describing his first-hand experience. The children of Aldrin and Armstrong are also featured in the series. They tell their personal accounts of what their fathers went through before taking on this life-threatening mission. Famous English rock band Queen‘s guitarist Brian May, who is also an astrophysicist, gives his inputs regarding the moon landing.

Apollo’s Moon Shot Plot: What is it about?

The series ‘Apollo’s Moon Shot’ is divided into six seasons of one hour each. The series begins at the very first time Kennedy declares that USA is planning a moon landing, and ends with the lunar missions in the post-Apollo period. In the first episode, ‘Triumph And Tragedy’, we witness how it all began with Project Gemini. The project tried numerous methods to perfect landings and spacewalking, but did not achieve much. Soon the reins of the research were given in the hands of Project Apollo. However, it does not start well for the new team. One of their trial and error methods causes the death of three astronauts.

The series then moves on to the time when NASA launches three missions to see how their spacecraft fares in space and tries to fulfill Kennedy’s dream of a manned moon-landing by 1969. Finally, Apollo 11 achieves the impossible. Soon after Apollo 11, their Apollo 12 mission becomes a success as well. Then we witness the horrors astronauts went through in the Apollo 13 mission which had to return to the earth because of technical issues.

National Air and Space Museum curator Teasel Muir-Harmony said, “The scale of Project Apollo was unprecedented, costing $25 billion at the time – more than either the Manhattan Project or the Panama Canal. Through the use of key artifacts, this series demonstrates the breadth of a venture which drew on the combined effort of over 400,000 people.”

What this series offers is something we have never seen before. Here, we also get to see several artifacts from the Smithsonian’s National Air and Space Museum which were used in the Apollo missions. Archival films of Apollo 11’s command module, a pair of boots left on the moon, stories of people behind making the moon-landing possible, first-hand information from the astronauts, what they said when they returned to the earth, are some of the major attractions in this six-part miniseries.

Apollo’s Moon Shot Season 1 Release Date: When will it premiere?