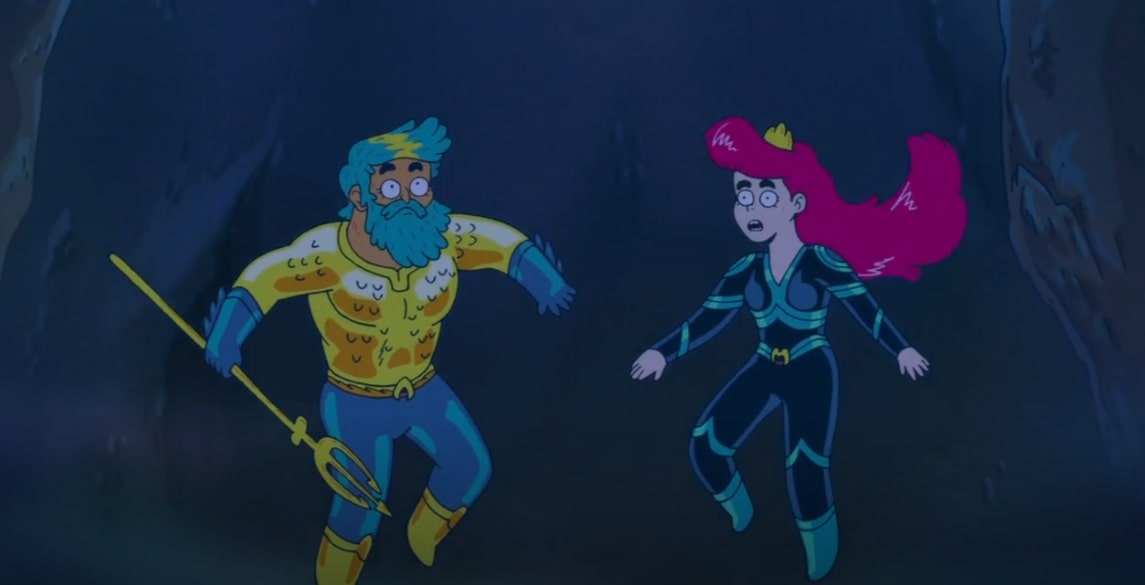 ‘Aquaman: King of Atlantis’ is an animated series that follows the adventures of the eponymous superhero, a half-human, half-Atlantean hybrid, destined to rule the sea by taking his rightful place on the throne of Atlantis. Created by Victor Courtright and Marly Halpern-Graser, the action-adventure series is based on the popular DC Comics character of the same name.

In the premiere episode, Aquaman must investigate an old outpost on his first day as the King of Atlantis. If the smartly written and beautifully designed animated series won your heart, we are sure you must be looking forward to seeing more episodes. In that case, we’ve got you covered! Here are all the details about ‘Aquaman: King of Atlantis’ episode 2!

‘Aquaman: King of Atlantis’ episode 2 will release on October 21, 2021, at 3 am EST on HBO Max. The miniseries contains three episodes which are approximately 45 minutes in length each. The series will drop new episodes weekly every Thursday. It is also slated to air on Cartoon Network at a later date.

Where to Watch Aquaman: King of Atlantis Episode 2 Online?

To watch ‘Aquaman: King of Atlantis’ episode 2, you will need a subscription to HBO Max. The latest episode will become available starting from the date and time stated above. The series is an HBO Max Original and cannot be streamed outside of the platform.

‘Aquaman: King of Atlantis’ episode 2 is called ‘Chapter Two: Primordious.’ It is likely to pick up immediately after the previous episode and will address Aquaman’s situation as a king. Since eight years have passed after Aquaman leaves for Outpost Four, Ocean Master has had time to rebuild his army and is prepared to challenge Aquaman for the throne. Aquaman must fight his half-brother once again and defend his status as King of Atlantis. However, things will be a lot difficult for Aquaman with Ocean Master back to his full prowess. Aquaman must prove himself as a capable leader.

The King’s advisor, Vulko, has created a list of tasks Aquaman must perform. At Mera’s behest, Aquaman is assigned the mission of checking up on Outpost Four, a village on the kingdom’s outskirts that went silent nearly seven years ago. On their way to Outpost Four, Mera and Aquaman find a patch where the ocean is split from the land. After a run-in with some robbers, Aquaman and Mera meet Pytor, a deep-sea driller.

Pytor’s activities have forced the people of Outpost Four to flee their homes. After Pytor betrays Aquaman and Mera, they end up stumbling into a cave where the Atlanteans reside. Aquaman and Mera team up with the people of Outpost Four and takedown Pytor. Peace is restored, and the Atlanteans hail their new King. The episode ends with Ocean Master returning to challenge Aquaman.