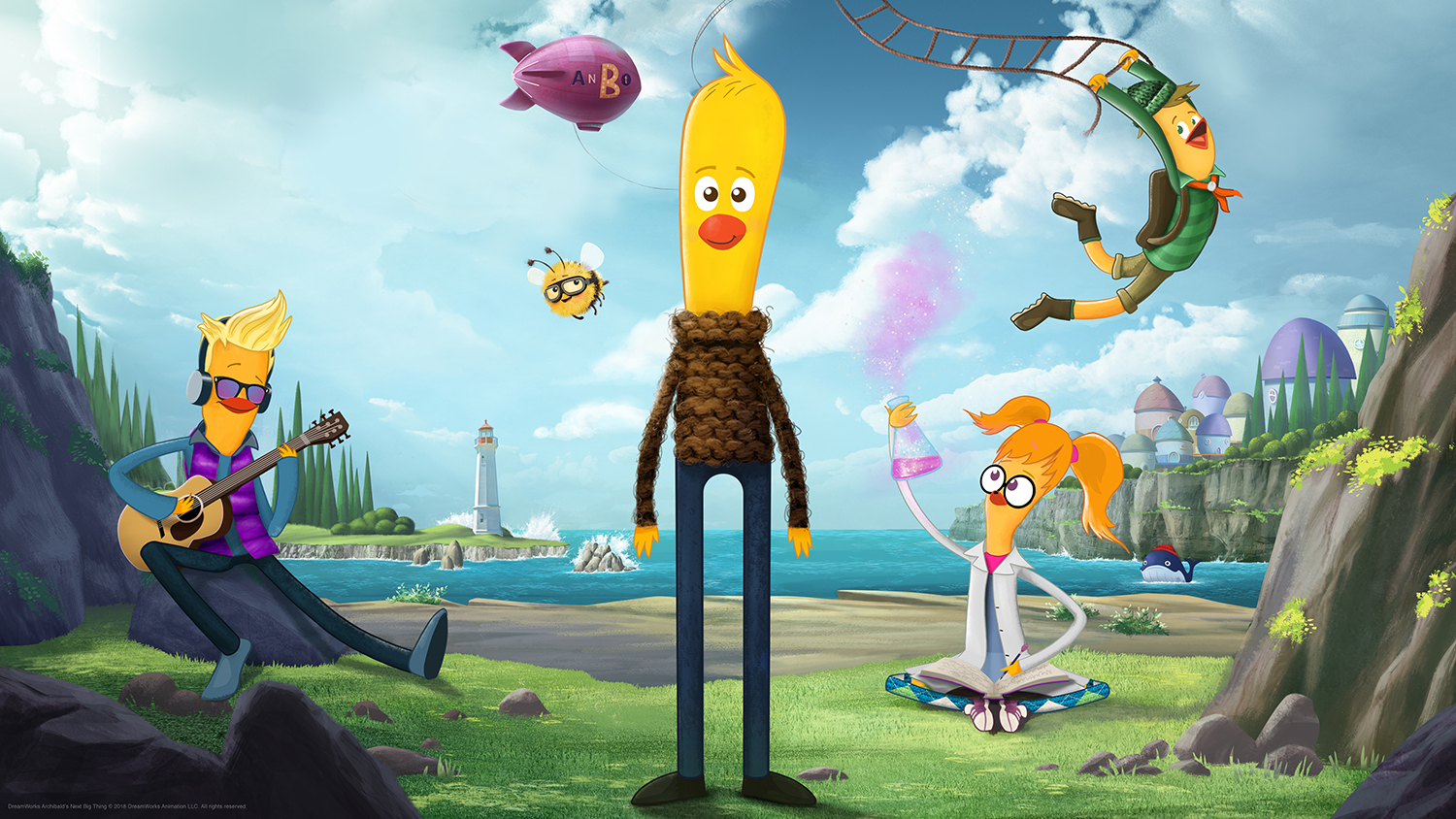 ‘Archibald’s Next Big Thing’ is an animated series that follows an anthropomorphic chicken named Archibald Strutter and his several adventures, which often lead him astray but he, however, always manages to return home.

Created by Tony Hale, this Netflix Original is based on the critically acclaimed, eponymous children’s book, written by Hale, Tony Biaggne and Victor Huckabee. It is produced by DreamWorks Animation. The show is developed for television by Drew Champion (‘Game Talk Live’) and Jacob Moffat (‘Tiny Tiny Talk Show’).

Season 1 of the series was well-received. Hence, it was soon renewed for a second season. Here’s everything we know about ‘Archibald’s Next Big Thing’ season 3.

Archibald’s Next Big Thing Season 3 Release Date: When will it premiere?

‘Archibald’s Next Big Thing’ season 2 released on March 20, 2020, on Netflix. All of its 13 episodes were available on the same date for its international audience.

As far as the next season goes, here’s the thing. We already know that Netflix likes to continue children’s shows for quite a number of seasons. Moreover, Archibald’s Next Big Thing is not only loved by kids from elementary school; it is even a favorite among adults for its funny, engaging content. Hence, we won’t be surprised if it gets renewed yet again.

If renewed, we can expect the show to return within a short waiting span. Our best guess is, Archibald’s Next Big Thing season 3 should premiere sometime in September 2020, considering the fact that season 2 was released only around six months after season 1’s conclusion.

Archibald’s Next Big Thing Season 3 Cast: Who can be in it?

‘Archibald’s Next Big Thing’ features a star-studded cast, headlined by Emmy-award-winning Tony Hale as the protagonist Archibald — an optimistic, bright, and curious young chicken who believes in living life to the fullest. Hale, primarily known for his role as Gary Welsh in ‘Veep‘, has one motto in life — there is no ‘next big thing’ but only the ‘now’, which we should all focus on. He attempts to relive this adage on his children’s book, which is the inspiration behind this Netflix cartoon show.

Adam Pally (‘The Mindy Project‘) stars as Archibald’s elder brother Sage, who loves his time outdoors. Sage wants to explore and his next big thing is to climb Mt. Chicken Coop and yodel like a rooster. Chelsea Kane (‘Baby Daddy’) is Loy, Archibald’s sister, a science geek, and an extremely talented inventor. Loy aims to invent a technology via which chickens will be able to lay sparkly, neon-colored eggs. Jordan Fisher (‘To All the Boys I’ve Loved Before 2’) portrays Finly, Archibald’s second brother with an artistic side and a knack for singing and dancing. One day, Finly wishes to serenade chickens across the world, using only his accordion.

Kari Wahlgren (‘Spirit Riding Free’) is Bea, an actual bee and Archibald’s best friend and sidekick. Bea communicates with him in a language that can only be decoded by him. Rounding up the cast is Academy, BAFTA, and Golden Globe-nominee Rosamund Pike (‘Gone Girl’), featuring as the playful yet sarcastic narrator.

If the series continues, most of the lead voice artists are expected to return for season 3.

Archibald’s Next Big Thing Season 3 Plot: What can it be about?

‘Archibald’s Next Big Thing’ chronicles the adventures of a simple chicken named Archibald Strutter “who ‘yes-ands’ his way through life.” He thinks life is all about living in the moment and this ideology often leads him away from home. But he always manages to come back. This colorful tale is about a chicken and his joyous approach to life. Archibald loves celebrating his journey and is not focused on only reaching his destination.

The show follows Archibald the chicken as he sets out on a feather-raising adventure to find his Next Big Thing. Along the way, he travels to amazing places, meets incredible friends and learns one BIG lesson. Obviously, our protagonist is a straightforward bird, who is unable to figure out what he is good at or what he likes (leaving food, of course). However, everything changes when he gets a mysterious card in the mail, which says: “Your next Big Thing is here!”

This was the exact moment Archibald had been waiting for all this while. ‘Helloo World’ he says and thus starts an endless series of adventures which come with their own life lessons. Along the way, Archibald learns that we should appreciate the present and admire those nearest and closest to us.

You can expect Archibald to follow a different but equally adventurous journey in season 3.

While we wait for more updates on season 3, you can watch the season 2 trailer and all the episodes of its previous seasons on Netflix.