Are Colton and Cassie Still Together? 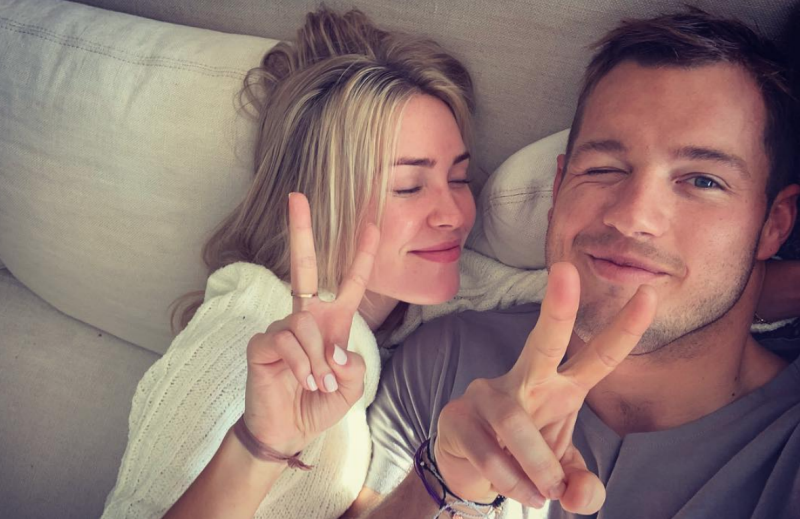 Almost a year has passed since we last met Colton Underwood and Cassie Randolph in the 23rd season of ‘The Bachelor‘. The couple broke all norms of the popular reality drama when they decided to continue dating rather than getting engaged, which is normally the tradition among The Bachelor couples.

Well, even after their filming days wrapped up, the lovebirds have been close, and in November 2019, they celebrated their first anniversary. But fans constantly are asking questions about Cassie and Colton — are they together? Have they broken up? Or when are they tying the knot? Well, one question at a time. Because our online sleuthing has come up with all the answers. Read on!

Are Colton and Cassie Still Together?

To put an end to all speculations, the answer is a big YES. And social media stands proof to our conclusion. Colton’s Instagram profile is packed with several images of him spending time together with his lover. Just while penning this article, we came across the two curled up with each other with Colton stating: “Sometimes I look at you and think — dang you are one lucky gal”.

In fact, his posts are endless. Check out a few of them below:

And Cassie is no less. She had even bonded with Coldon’s furry buddy and expressed her dismay by paying a heartfelt tribute when the pup passed away in February 2020.

In the above photograph, Cassie appears to be deep in sleep as she wraps her arms around Sniper. Obviously Colton had clicked the picture when they were cuddling together. This shows her bond with his family as well. Colton commented on the post, writing: “My two best friends who shed everywhere & love unconditionally.” Although Cassie is more of a cat person, she grew to adore Sniper and has a close relationship with Colton’s other dog Thor. Even Colton admitted that Cassie made him affectionate toward cats as well.

Rather than that, Cassie’s Instagram handle is filled with photos of the two, proving that they have managed to stay strong for almost a year.

When Will Colton and Cassie Get Married?

So, what’s the status on them getting married?

To cut a long story short, the pair does not plan to rush their wedding anytime soon and are not engaged yet. But it seems, Colton plans to pop the proposal in 2020. On January 2, 2020, he posted a picture of the two in Las Vegas during the duo’s New Year trip alongside Cassie’s sister, Michelle Randolph, and her boyfriend, Gregg Sulkin.

He said: “I promise to still tell bad jokes, forget to clean up after myself, mispronounce easy words and love you with everything I have in this new year.”

And fans instantly took this pledge to be a sign for an upcoming proposal. One fan asked, “Proposal coming in 2020????” Colton replied a one-word answer: “Probably.” Another fan commented: “You jumped a fence for her in 2019, now whatchu gonna do in 2020?” The humorous reality star responded: “Probably swim with sharks.”

To give you a further glimpse into their plans, this is not the first time that Colton has been open about getting hitched to Cassie. During the People’s Choice Awards 2019, he even explained his plans for picking the perfect ring. He stated: “I’ve crept on her Pinterest boards, so I already have an idea.” He had even detailed how his proposal will be like: “I feel like so much of my life and our relationship has been planned that I would almost probably want to have the ring and just be spontaneous with it.” Cassie, meanwhile, wants a moment that has a cute story to it but something that’s not too crazy!

Yes, the couple has always been under pressure to say the final vows soon. But they want to take things slow. After all, they are just in their 20s and there’s no hurry. Both of them live in close proximity to the Los Angeles area but they do not live together. A marriage and a proposal are definitely in the cards; but not yet, right now. We will update this article with the latest developments as soon as we hear more!