Are Polly and Sean From Selling the OC Still Friends? 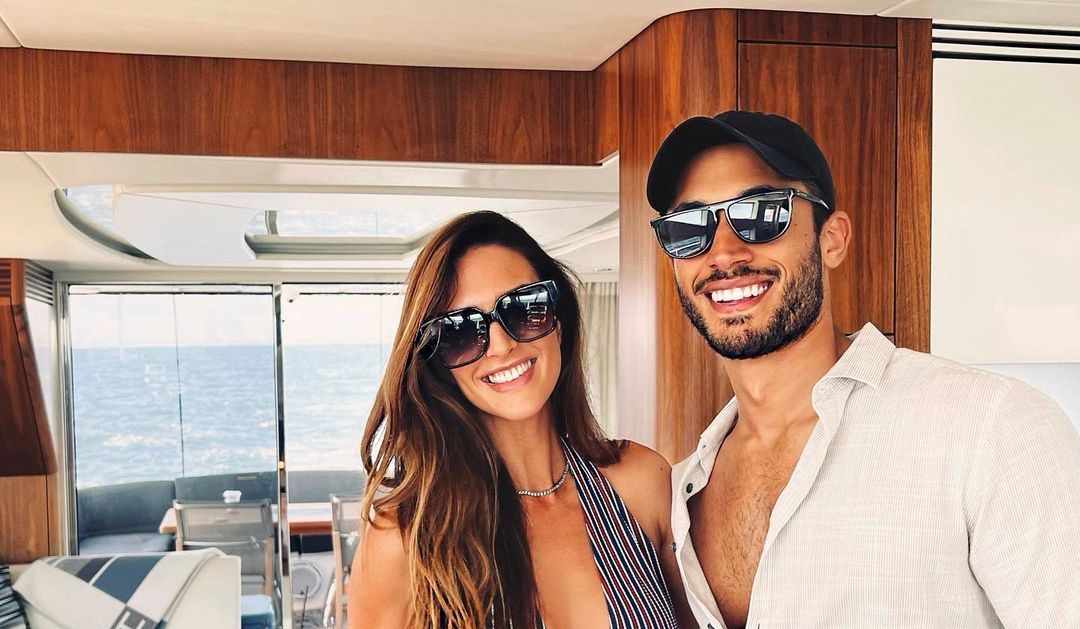 Netflix’s ‘Selling the OC‘ follows the employees of The Oppenheim Group’s office in Orange County, California. The reality show is a spinoff of ‘Selling Sunset‘ and allows the audience to view some of the region’s best properties and what goes behind selling them. As the series progresses, they also see the realtors’ interpersonal dynamics and how they work. The internal politics within the office is one of the most entertaining parts of the series, with new forms of bonds forming and breaking as the events unfold.

One of the most evident friendships seen in season 1 of the show was between Polly Brindle and Sean Palmieri. Both cast members were entertaining in their own right and showcased time and again that they had each other’s back. But has the friendship survived the test of time, or has it thawed out since filming ended? Well, we are here to answer the same!

Polly and Sean’s friendship was evident from the moment they appeared together at the gathering that Alex Hall hosted at her home in the very first episode of ‘Selling the OC’ season 1. The two seemed to share a close friendship and often had each other’s back. Interestingly, when the tensions were at their peak between Polly and Alexandra Jarvis, Sean approached the latter during Gio Helou‘s Casino Night and expressed that he wanted things to get sorted. When Jarvis told him that Polly had apparently stated that she hated her, he commented about how the latter was the nicest person in the office.

During most of the prominent events in the first season of the reality series, Polly and Sean were often spotted with each other and liked to spend time as friends. They would usually arrive at said events together and support one another in front of others. Thus, many fans are curious to know how the two have been since the production of the show’s premiere season ended. Have the two remained on friendly terms, or have they drifted apart? Well, we are here to answer the same!

We are happy to report that Polly and Sean are pretty good friends. Since the premiere of ‘Selling the OC’ season 1, there have been some speculations about the nature of their friendship, but we can confidently confirm that the two are close friends and not romantically involved. The duo often goes on outings with each other and their other friends. In fact, the two spent the Memorial Day 2022 weekend together and had a great time.

Realtors Polly and Sean seem to have bonded within the first couple of months after they joined The Oppenheim Group. Even now, the colleagues are often seen in each other’s company and feature on each other’s social media. Polly and Sean’s friendship will surely be one of the most significant dynamics to follow if the Netflix show is renewed for further seasons. We wish them the best in their lives and hope they have a wonderful future ahead.

Read More: Is Selling the OC’s Lauren Brito Married? Who is Her Husband?