Are You the One Season 9: Premiere Date, Cast, Recap, Update 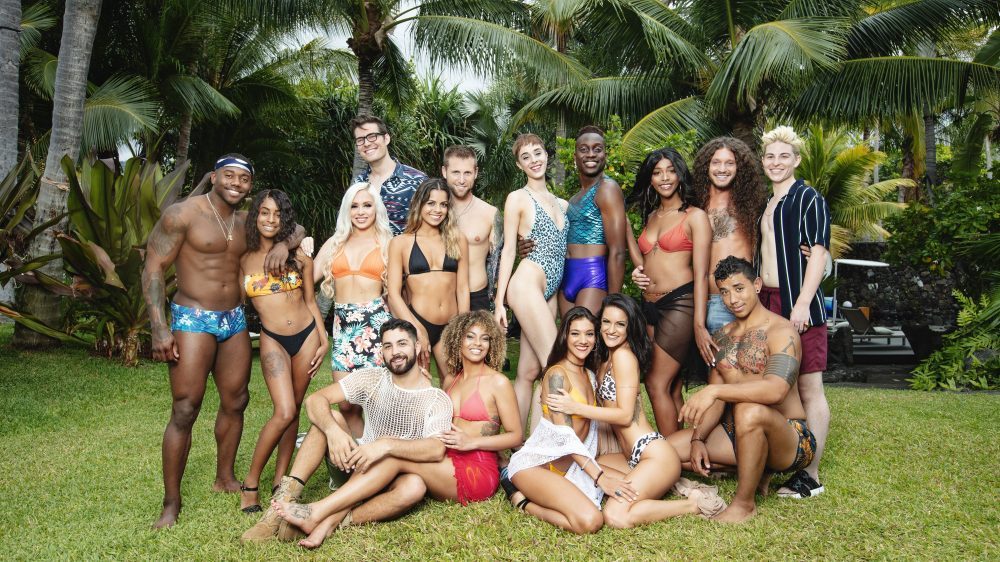 MTV has never backed down in bringing to the small screen some of the most delectable shows that indulge us in the guiltiest pleasures. One among this list is ‘Are You the One?’ — which brings together a group of 20-something, irresistibly sexy, single boys and girls and accommodates them in one house. As they drink, party, fight and kiss, they try to find their perfect match —  someone who has already been determined by matchmakers through an algorithm. Finally, if all the pairings are correct, the team gets a chance to pocket a grand of $1 million.

After airing for eight seasons, the question is will there be a ‘Are You the One?’ season 9.

We will update this section as soon as we come to know about season 9 contestants.

Are You the One? Plot: What is it about?

The regular format of all seasons of ‘Are You the One?’ comprises a group of men and women who live together and try to discover their ideal partner, pre-determined via a matchmaking algorithm. The algorithm is created after conducting in-depth interviews with the individuals, questionnaires and compatibility testing. Experts then analyze this data to identify the ideal pairs while keeping the results a secret from the contestants. The participants are then given the opportunity to socialize and get to know one another. After weekly tests, they can try to choose their perfect mates. If they succeed, all is well and good. If they don’t, they need to start their search over.

All of the contestants can go on dates and win votes to appear at the “truth booth,” which confirms to the couple if they are the actual match or not. Those who get confirmations get the chance to stay the rest of their time in the “honeymoon suite”. However, they still partake in events and ceremonies held within the house. Finally, when all the singles are able to pair up with their predetermined partners, they split a grand of $1 million (offered as prize money) and leave the set with a potential life partner.

Season 8’s approach was different in comparison to the earlier concept, which focused on heterosexual relationships. The latest installment, however, featured a sexually fluid cast in an attempt to make the show more relevant for younger viewers and reflect the modern youth culture.

This new formula does introduce more challenges in the matching algorithm since now there are higher variables. Although the essence remains the same, the competition poses much higher stakes. The number of possible matches has skyrocketed and the odds of finding the exact set of couplings come down drastically. As the math says, there are over 2 million possible outcomes.

MTV’s novel concept is aimed toward giving a voice to sections of society that have been struggling for acceptance and sexuality reveals. Its goal is to attract young adults in a genuine manner while depicting something that their parents might not relate to. If you note, the channel has introduced gay characters on other reality TV series as well, such as The Real World.’ It is all part of the bigger picture to create more noise and generate awareness.

Of course, the staple elements that had made the show such as huge hit are still there. There is fun, loads of drama, plenty of squabbles, and steamy face-offs. However, amidst all the lighter moments, it now offers a social message. Since the main demographic of the show is in the 21-26 range, it serves as a medium for voices to be heard — for those to wish to find a same-sex partner or for those who want to come out in front of family and friends. Maybe, there are no happy couples toward the end of the series. But it offers the much-required visibility to the LGBTQ communities it represents.

Are You the One? Season 9 Release Date: When will it premiere?

‘Are You the One’ Season 8 premiered on MTV on June 26, 2019. In spite of its flaws, which include using a computer program to identify one’s life partner, it has enjoyed a steady approval rating since its debut in 2014, especially with the young generation. Hence, it won’t come as a surprise if it gets renewed yet again for another season, especially with an exciting new format at play. And if renewed, you can expect ‘Are You the One?’ Season 9 to release sometime in June 2020.

Since MTV has not made any official announcement yet about ‘Are You the One?’ Season 9 release date, we shall update this section as and when we learn more.

Are You the One? Trailer:

While we wait for season 9, check out ‘Are You the One?’ Season 8 sneak peek here. Additionally, if you have not watched the series yet, you can head to MTV to catch up on all the previous seasons.