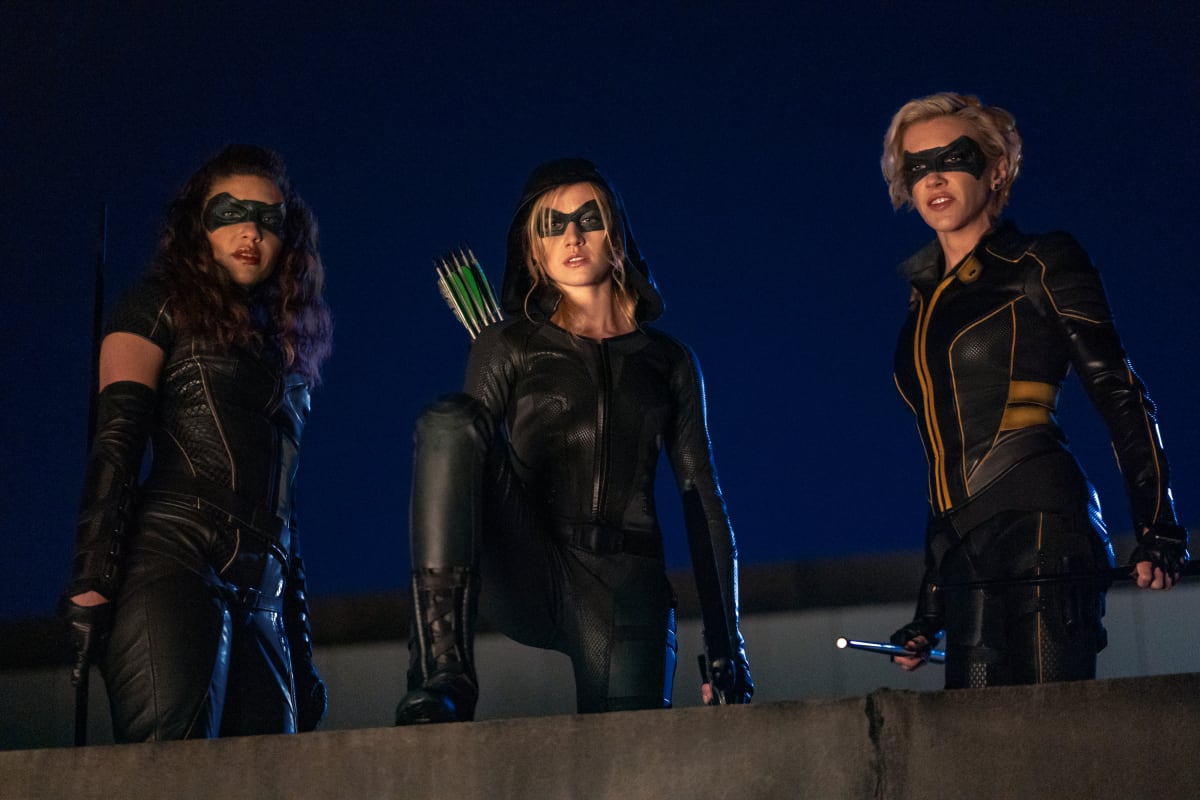 ‘Arrow‘ is what helped kicked off the Arrowverse, which has since then included heroes like Supergirl and the Flash. The DC character that the show is based on, uses a bow and arrow while relying on his family wealth and resources, to tackle crime in Star City.

Oliver Quinn, our titular hero, has tackled various enemies over the seasons. We have seen massive character development and quite a lot of sacrifices. In fact, in the previous episode, he makes the ultimate sacrifice and gives up his life to save the day.

Naturally, with ‘Arrow’ headed to a close, the pace of the episodes is increasing, which is why viewers might want to know about what goes down in the show’s latest episode. We are here to tell you that right after walking you through when and where to watch the upcoming episode.

Titled ‘Fadeout’, the upcoming episode will see ‘Arrow’ coming to a close. Naturally, it will be given a proper farewell, as the series that kicked off the Arrowverse. As for the premise itself, we know that people will be showing up to pay respects to Green Arrow, and Felicity returns as well.

Notably, while we have stated that the finale starts from 8 PM, it will start with a look back at the show’s legacy, while the story of the finale is expected to start from 9 PM ET. The entire affair will last for two hours.

‘Arrow’ is aired on The CW, so the simplest way to watch it would be to use a cable subscription. If you do not have one, you can always head to The CW site, and stream the episodes. Cord cutters are on the rise and provisions have been made for them including Fubo TV and YouTube Tv. You can also purchase and stream the episodes, or the entire season on Amazon Prime.

You can check out the promo for the upcoming episode of ‘Arrow’ below. It teases that viewers will recall how it all started while getting to see how it all comes to an end.

To clear up any confusion, the events of Episode 9 take place after whatever events will unfold in the season finale, or Episode 10. Thus, whatever we see here happens after Oliver’s funeral. A version of Laurel travels to 2040 to prevent Bianca’s kidnapping and eventual death. The failure to prevent this will supposedly plunge the city into a crime spiral, with fires breaking out.

Laurel tracks down Dinah, who seems to have given up on life, and enlists her help. They need Mia Queen’s help as well. However, this Mia is a socialite who is busy making the news with her college graduation. Laurel and Dinah help her remember her past. However, some things are different in this future. J.J. is a good guy and Mia’s boyfriend!

Once Mia is attuned to her past, she teams up with Laurel and Dinah, planning to get a jump on the investigation. However, at one point, Mia suspects that J.J. might be behind the kidnapping, as Deathstroke. When she is caught by J.J., it appears that the secret files on his computer were actually honeymoon plans, but he seems to be done with Mia.

As for Bianca’s kidnapping, the heroes discover a supposed video sent from Bali. However, on closer inspection, it is clear that she is being held captive in an abandoned building. When they go to rescue her, they tangle with Trevor as Deathstroke. While our heroes do save the day and get away safely themselves, it is hinted that an ominous female figure was the mastermind behind this crime.

Moreover, an assailant creeps up on J.J., trying to unlock his old memories as well, thus putting him in touch with his Deathstroke leanings. The episode lays the grounds for a potential spinoff, and we have to see if it eventually materializes.