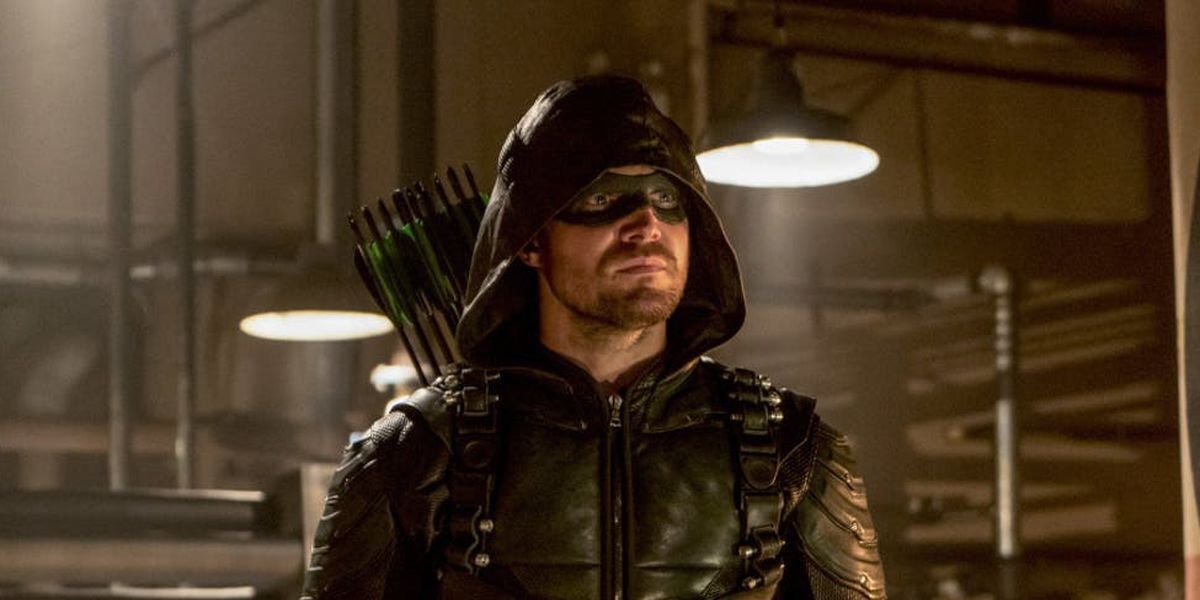 ‘Arrow’ is a superhero action-adventure drama based on the popular DC Comics character Green Arrow. Set in the fictional Starling City, ‘Arrow’ revolves around the return of Oliver Queen, a billionaire playboy, who is presumed dead for five years, following a shipwreck accident. With the city’s ever-increasing crime rate, Oliver, who now possesses superhuman abilities dons a new identity of a masked vigilante Green Arrow, to fight crime and to protect his family against further injustice.

Created by Greg Berlanti, Marc Guggenheim, and Andrew Kreisberg, ‘Arrow’ first premiered on October 10, 2012, on The CW. Upon its premiere, the show delighted viewers across the world and received favourable reviews from audiences as well as critics. Season 1 of the show stands at just 85% on Rotten Tomatoes, and the critical consensus reads, “CW nails the target with Arrow, that benefits from cinematic action sequences, strong plotting, and intriguing characters.” Well, the show has maintained the pace over the last eight seasons, collecting several Saturn Awards, People’s Choice Awards, Teen Choice Awards and many other accolades along the way.

It has been touted as a pop-culture phenomenon, spawning several hit spin-off shows such as ‘The Flash,’ ‘Supergirl,’ ‘Legends of Tomorrow,’ ‘Black Lightning’ and ‘Batwoman,’ all of which are based in the Arrowverse.

Despite its massive success, The CW decided to cancel its longest-running DC Comics series after eight seasons. You must be wondering: why was it cancelled and if there is any chance that there will be an ‘Arrow’ season 9? Let’s find out.

As far as the possibilities of another season is concerned, here’s what we know. On March 6, 2019, The CW announced that the eighth season of crime drama will be its last.

“This was a difficult decision to come to, but like every hard decision we’ve made for the past seven years, it was with the best interests of ‘Arrow’ in mind,” series executive producers Greg Berlanti, Marc Guggenheim and Beth Schwartz revealed in a statement to Variety. “We’re heartened by the fact that ‘Arrow’ has birthed an entire universe of shows that will continue on for many years to come. We’re excited about crafting a conclusion that honors the show, its characters and its legacy and are grateful to all the writers, producers, actors, and — more importantly — the incredible crew that has sustained us and the show for over seven years.”

Stephen Amell, who plays the titular character Oliver (Green Arrow) on the show, shared his thoughts on Twitter back in March 2019. He wrote, “Playing Oliver Queen has been the greatest professional experience of my life… but you can’t be a vigilante forever. There’s so much to say… for now I just want to say thank you.”

Playing Oliver Queen has been the greatest professional experience of my life… but you can’t be a vigilante forever.

Arrow will return for a final run of 10 episodes this Fall.

There’s so much to say… for now I just want to say thank you.

As for why the show was cancelled, well, Stephen Amell once revealed that he didn’t want to overstay his welcome and he shared the same with the makers, who agreed to pull the plug on the series on a high note and instead, devote more time to working on other related projects.

Obviously, the cancellation didn’t go well with fans who took to social media to express their disappointment and grief. Some fans also created petitions to “Save Arrow.” But here’s some ray of hope for them. The 9th episode of the finale season that aired on January 21, served as a backdoor pilot for a potential spin-off series titled Green Arrow and the Canaries, starring Katherine McNamara, Katie Cassidy, and Juliana Harkavy. Even though there has been no confirmation whether the network will give the greenlight the spin-off, we can always remain hopeful.

So, there you go. Arrow’ season 9 is officially cancelled. But a spin-off might just be in the making. Cheers!