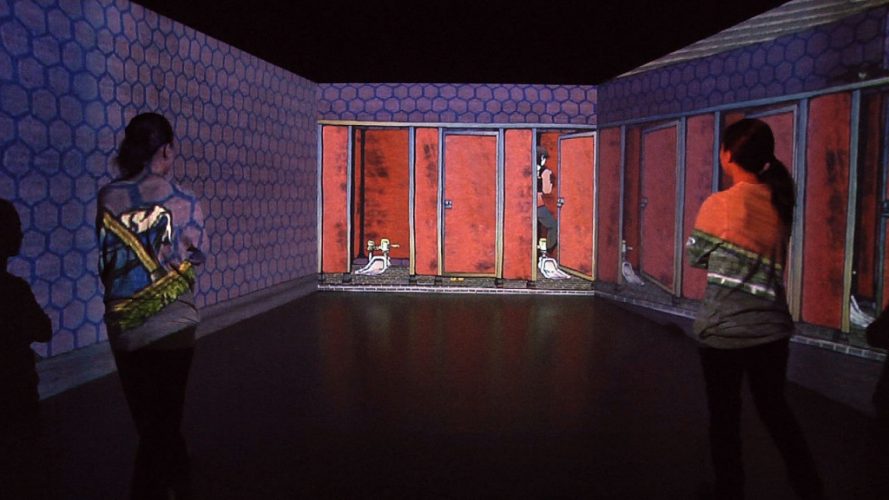 Documentary-based shows on Television often straddle a fence between substantial content and the need to land it before a definite viewership. In commercial terms, the TV series becomes a product which needs to be shipped to a particular market where there’s demand for it, and TV shows are more often than not something with a commercial goal at the ground level. Naturally, whether or not a documentary is technically sound and well-directed, the bulk of teledocumentaries will orbit around the cusp of a few ‘hot takes’ on popular topics, so to speak. Examples will include, first and foremost, crime and the police, and beyond that, it will usually be the documentation of well-known events, social phenomena, and/or persons of interest – and if one gets lucky – even abstract concepts (although most of them whipped up into an entertainment digest’s shape; think pop science or engineering exhibitionism).

The hustle and bustle around topics the mass will be predisposed towards learning more about stems simply from the fact that shows on pop science, fast cars, monster trucks, the War on Drugs, Jack the Ripper, and Jeffrey Dahmer are very easy to market. And at the tail-end of this larger charade, art and aesthetics becomes the odd outlier. The fine arts are often sequestered from public view because, simply put, it is not thought to be something the regular boomer TV-hugger would be interested in, or so the broad belief goes. While the Sistine Chapel and impressionist painting have been universally celebrated objects of beauty, how one looks at contemporary art (read modern art) is often a polarized affair, and the general consensus seems to be that Art after Andy Warhol has become too obscure, obtuse, or downright elitist to address the common man’s understanding and enjoyment. Thankfully, there are the rare occasions where directors, writers, and producers have taken a proverbial leap of faith to take up risky heavy-handed subjects for documentaries, and Art-21 has set down the most commendable example of this kind of risky endeavour to try and reeducate the everyman about contemporary art, with their ‘Art in The Twenty-first Century’.

Art in the 21st Century is a biennial program (one that takes place every other year) and airs on PBS in the United States. Art21 is a non-profit organization which was found back in 1997 with an aim to make contemporary art more accessible to the public and to document the journey of an artist and the art of our century. They also aim at raising profit for the major artists in the field of contemporary art and to encourage creativity. Their head office is located in New York City. This series is Art21’s current project to educate everyone about art and art history. The show first came premiered in 2001 and is now broadcast in over 50 countries around the world.

Each episode season of Art in the 21st Century usually begins with an introduction by a famed artist. The rest of the episode goes on to feature artists well versed in the field of contemporary art.  Some exceptional artists have been featured in Art in the 21st Century show so far with a goal to encourage creativity. And hence, there is no definitive cast for the show as such.

Art in the 21st Century Plot: What is it about?

Every season is divided into episodes that have various themes. These episodes have a central theme that features the artist whose work is related to those themes. The series takes us through the artist process of getting inspiration and moulding that inspiration into something tangible. The show gives us the opportunity to see the world from the perspective of the artists. The eighth season differed from the previous seven and featured artists who were grouped together by their unique relationship with a specific city. The show has won many awards such as George Foster Peabody Award, Platinum Best in Show from the Aurora Awards, Gold Remi from the 41st WorldFest Independent Film Festival, and Silver Hugo from the 44th Hugo Television Awards. It is also the winner of the Silver Screen from the 41st U.S. International Film and Video Festival, Emmy Nomination for Outstanding Artistic and Cultural Programming, Gold Hugo Award from the Chicago International Television Competition, CINE Golden Eagle Award, Gold Award from Aurora Film Festival, and the Bronze Remi Award from World Fest Houston International Film Festival.

The executive director and chief curator of the Art21 initiative, Tina Kukielski expressed her views in an interview by saying, “Looking back at the incredible history of this organization, Art21 leads in cultural preservation and appreciation of contemporary art, all in the face of a rapidly evolving media landscape, Through a commitment to advocacy and education deeply ingrained in our history, we are poised to remain a leading authority on contemporary art in the digital age and beyond.”

For all its worth, one would expect such an important meditation on art and aesthetics to retain a simple language. Art21’s show actually combines the best of both worlds – it tries to capture its subject and carry the point across in layman terms, and yet clings to its occasional quirks in delivery and exposition. The pilot episode, ‘Place’, made this tendency known on the outset back in 2001, as Laurie Anderson, a performance artist, speaks about billboards as the most fundamental element of space for images in a cityscape – while literally framed inside a billboard. Sometimes self-consciously profound (the billboard immediately acknowledges the relationship between visual art in the twenty-first century and the hyperreal space that late-stage capitalism assigns to it), sometimes just zany, these quirks of the show is often what makes it such an enjoyable watch rather than settling for some woody narration like a scholarly thesis paper.

Art in the 21st Century Season 10 Release Date: When will it premiere?

Art in the 21st Century Trailer: