As We See It Season 2: Renewed or Cancelled? 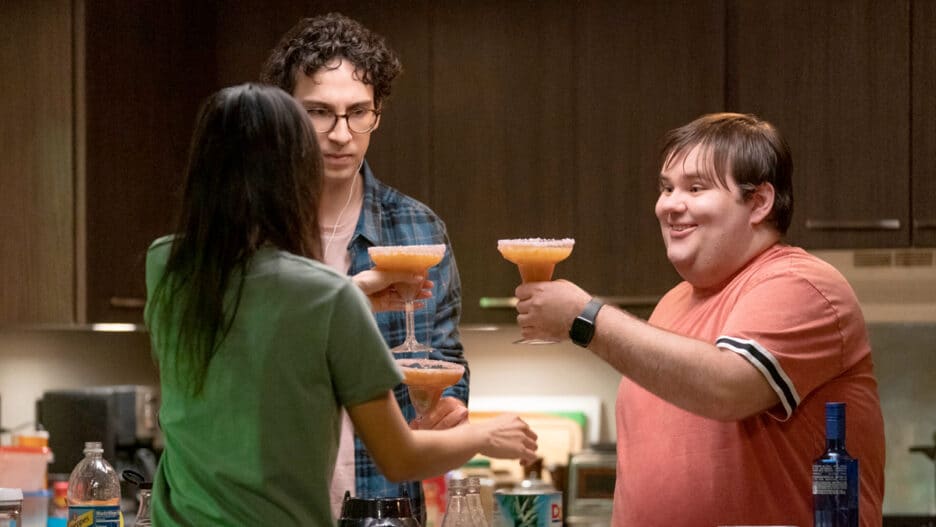 ‘As We See It’ is a comedy series based on the Israeli show ‘On the Spectrum.’ It revolves around roommates Jack, Violet, and Harrison, who are on the autism spectrum. Now in their twenties, they have known each other pretty much their entire life. All three of them have their own goals that they would like to achieve and challenges that they have to overcome. So, the series highlights the various adventures of these young adults.

The coming-of-age series first premiered in January 2022 and instantly attracted a lot of attention. The fun dramedy explores the nuances of autism through the memorable characters who bring their unique flavor to the narrative. The show has also been lauded for its authentic casting as the three lead actors are on the spectrum. So, if you have breezed through the first installment, you must already be wondering if there will be a season 2. If that is the case, let us spill all that we know about the possibility of a follow-up round.

As We See It Season 2 Release Date

‘As We See It’ season 1 landed on January 21, 2022, on Amazon Prime Video, with all eight episodes releasing at once. The episodes in the first season run for 29-39 minutes each.

With regard to the second edition of the series, here is the scoop. As of now, there has been no formal announcement about the show’s future. But we choose to remain optimistic like the showrunner Jason Katims. In January 2022, the Emmy-award winner said, “I believe, and I’m hoping that the show will have an audience. I would watch the show ongoing, beyond this season and well beyond this season, because I love these people and I wanna be in their world.”

Moreover, the themes in the series resonate with a global audience as it is basically a coming-of-age tale. Provided that the show garners the viewership it hopes to, it will likely be greenlit for another round at least. If the comedy-drama is renewed by Spring 2022, we expect ‘As We See It’ season 2 to release sometime in Q1 2023.

The cast members who play a pivotal role in the first season are Rick Glassman (Jack), Sue Ann Pien (Violet), Albert Rutecki (Harrison), Sosie Bacon (Mandy), Chris Pang (Van), and Joe Mantegna (Lou). Other actors in the show are Omar Maskati (Joel), Vella Lovell (Salena), Robby Clater (Austin), Casey Mills (Julian), among many others. So, if the series is given the go-ahead for another round, we can expect most of them to return. Furthermore, a host of new actors might join the mix if new characters are introduced in the potential sophomore installment.

As We See It Season 2 Plot: What can it be About?

In season 1, we see Violet take active steps in her romantic life. Although she begins dating Julian, not everything goes as she had hoped. As for Jack, he comes face to face with his insecurities as his father’s health deteriorates. But the entire experience also brings them much closer. As for Harrison, the constant changes on the home front require him to adjust to unforeseen circumstances. And amidst all of it, Mandy’s life takes surprising new turns.

If renewed, season 2 will continue to explore the lives of Violet, Jack, and Harrison as they navigate new challenges that are part and parcel of adulthood. While the trio addresses all the aspects of their lives that demand attention, they are likely to form new bonds and experience shifts in their interpersonal dynamics.

Read More: Is As We See It Based on a True Story?