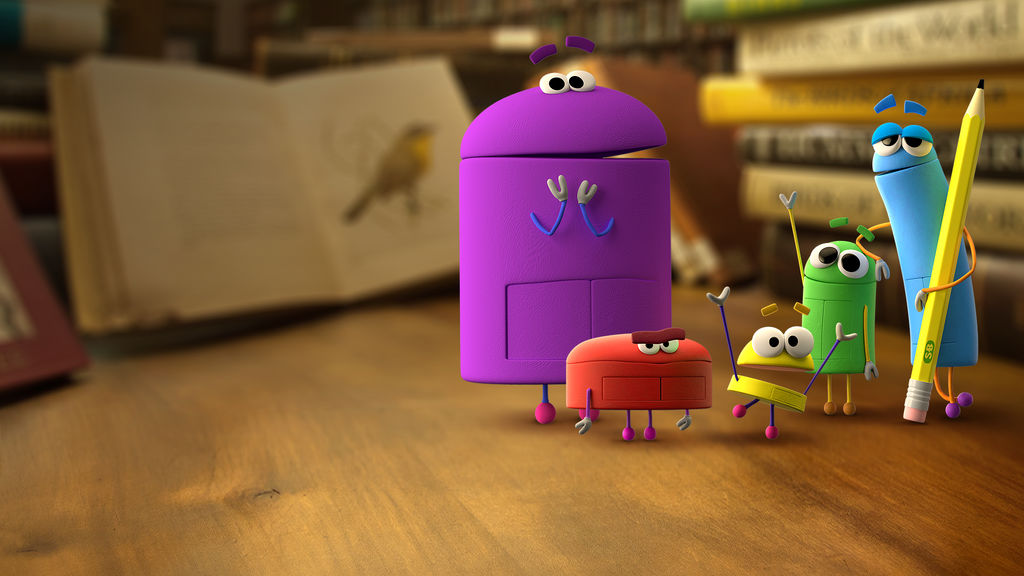 ‘Ask the StoryBots’ is an award-winning American animated children’s web television series that is available on Netflix. Created and produced by JibJab Bros. Studios, the show is based on the same characters from StoryBots, which is an educational website for children full of interactive videos.

Ask the StoryBots Cast: Who is in it?

Being an animated show, the cast of ‘Ask the StoryBots’ comprises voice actors.

Apart from the main cast members, ‘Ask the StoryBots’ has also seen several high-profile celebrities who voice/play episodic characters in the two seasons. In Season 1, notable guest appearances included Jay Leno as King Yardstick the Ruler, Kevin Smith as Super Mega Awesome Ultra Guy, Academy Award-winning actress Whoopi Goldberg as The Tooth Fairy, “Weird Al” Yankovic as the Spud Spa Yogi, Tim Meadows and Chris Parnell as The Reindeer, and Riki Lindhome and Kate Micucci of Garfunkel and Oates as The Molecules. In Season 2, noteworthy guest appearances included Snoop Dogg as the Operating System, Christina Applegate as the Baker, Kristen Schaal as the Biologist, Ali Wong as the Brain, David Koechner as the Pirate, David Cross as the Hippie, Wanda Sykes as the Doctor, and three-time Academy Award nominee Edward Norton as Gary the Electronics Salesman.

If the show does get renewed for another season, we expect all the main cast members to make comebacks and reprise their roles. Further, if the show follows its current format, we can also expect several high-profile celebrities to make guest appearances.

Ask the StoryBots Plot: What is it about?

If you’re wondering what these “StoryBots” are, they are curious creatures who live underneath our screens. The show focuses on a quintet of StoryBots – Beep, Boop, Bing, Bang, and Bo of Team 341B – who go on adventures to answer basic, yet interesting questions such as “Why is the sky blue?”, “How does night happen?”, “How do computers work?” etc. Understandably, the show serves an educational purpose and helps young children understand rudimentary aspects of the world around them.

Together, the StoryBots and the kids are introduced to different aspects of the world as they go on journeys to satiate their curiosity. On the journey to discovery, the StoryBots encounter various creatures and characters whose help they enlist to find the answer they’re looking for. Once the answers are found out, a report of the same is submitted to their boss, Hap, who validates the information Then, at the end of each episode, the StoryBots break into a musical performance to provide the answers to kids watching the show. Thus, each episode of the show is different and distinct, which not only keeps kids interested in the show, but is also beneficial as it spans a vast range of topics. By exploring rudimentary questions about the world, and presenting facts and answers in funny ways or through music, ‘Ask the StoryBots’ keeps things light and fun, and engages kids to learn in fun ways.

It therefore comes as no surprise that the show has been nominated for multiple awards over the years, including the Annie Awards, the Daytime Emmy Awards, the Peabody Award, the Cynopsis Kids !magination Awards, and the British Academy Children’s Awards (International Category). Among all these nominations, the show has gone on to win one Annie Award and one Daytime Emmy Award.

As far as ratings are concerned, ‘Ask the StoryBots’ boasts a good rating of 8/10 on IMDb, and has a great rating of four out of five stars on Common Sense Media, which has recommended the show for the education of kids aged 3+.

Ask the Storybots Season 4 Release Date: When will it premiere?

‘Ask the StoryBots’ season 3 premiered on August 2, 2019. Netflix has made no announcement regarding the future of the show. However, that’s no reason to get discouraged since there’s enough time for Netflix to announce a renewal. Secondly, it should also be remembered that usually there has been a gap of more than a year between seasons. If such is the case, we can expect a renewal announcement sometime towards the end of 2019, and‘ Ask the StoryBots’ Season 4 should be hitting viewers’ screens in August, 2020. We’re keeping our ears open for news on Season 4, and we’ll update this section as soon as we hear more.

While we wait for Netflix to make an announcement on the future of ‘Ask the StoryBots’, head over to Netflix to catch the trailer and all the episodes of the previous seasons.