Who is Astronaut on ‘The Masked Singer’? Clues and Guesses 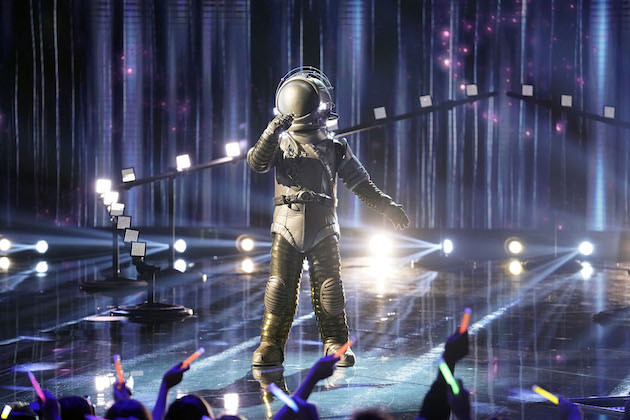 ‘The Masked Singer‘ has introduced us to a new batch of participants in Group C. Season 3 has had a great start with some interesting reveals. However, Group C has considerably pushed the bar higher with the first revelation. Bear was the first to get eliminated, and Sarah Palin happened to be behind the mask, belting out ‘Baby Got Back’.

Among the performers who have already turned our heads, is Astronaut. Naturally, you might be wondering about who could be behind the costume. We have got you covered with our clues and guesses about Astronaut’s identity.

Astronaut’s clue package starts with the performer on a spaceship, which ultimately crashes. The performer states that they started out early, and is pretty far from home. Visually, we see a solar system, lei, a toolbox, and a broom. Once he is up on stage, Astronaut belts out Lauren Daigle’s ‘You Say’. You can check out Astronaut’s clue package below, to see if anything jumps out at you.

After Astronaut’s performance, most of the netizens seem to be sure that it is Hunter Hayes. The country singer does have the voice to pull off Daigle’s song and has opened up about Christian faith before. Moreover, Hayes has an album titled “Wild Blue”, which makes several references to outer space.

Being far from home might mean that Hayes is away from Nashville while the show is taped in Los Angeles. Most viewers also agree that Astronaut sounds a lot like Hayes. The broom, which people have felt is a ‘Harry Potter‘ reference, could be a red herring. Hayes has stated publicly that he has a crush on Emma Watson, so it could refer to that.

Moreover, we know from Nick Cannon that among the performers, one of them holds a Guinness world record. Hayes happens to have one, for performing a record number of shows in 24 hours. You can check out a confident fan’s tweet, about Hayes being the Astronaut.

Carlos PenaVega also seems to be a popular guess. After all, the former member of Big Time Rush is also open about his Christian faith. Moreover, the smaller clues do tie in with him. The lei we see could be a reference to his home in Hawaii. It would also make sense for Astronaut to say he is ‘far from home’.

The toolbox we see could be a reference to PenaVega’s role in the 2015 drama, ‘Spare Parts’. One of the wilder guesses about Astronaut’s identity has pointed the finger at Jackie Chan. However, this seems rather unsubstantiated. Nonetheless, you can check out the tweet below.

Astronaut is Jackie Chan on The Masked Singer or zafton

On the other hand, one fan seems to be pretty convinced that Astronaut is Tom Felton. He is best known for playing Draco Malfoy in the ‘Harry Potter’ series, which would explain the broom. Since Felton started out as a child actor, it would also explain that bit in the clue package.

Being far from home could mean that the British actor has to be in Los Angeles for the show’s filming. Moreover, a fan has stated that Astronaut’s voice sounds like Felton’s. You can check out the tweet below.

Tom Felton is astronaut. Just compared his voice to a youtube video. It was the same voice. So here he is pic.twitter.com/9gxO2UM6yK

While there are several guesses about Astronaut’s identity at the moment, most netizens seem to agree that Hayes is the most likely person to be behind the outfit. That said, it does not seem like Astronaut will be eliminated soon. Therefore, we will get to see more performances, and clue packages from the participant.

Undoubtedly, these will help us zero in, and provide more accurate guesses about their identities. Thus, stay tuned for the latest updates.

Read More: Where is the Masked Singer Filmed?