When Will Astronomy Club Season 2 Premiere on Netflix? 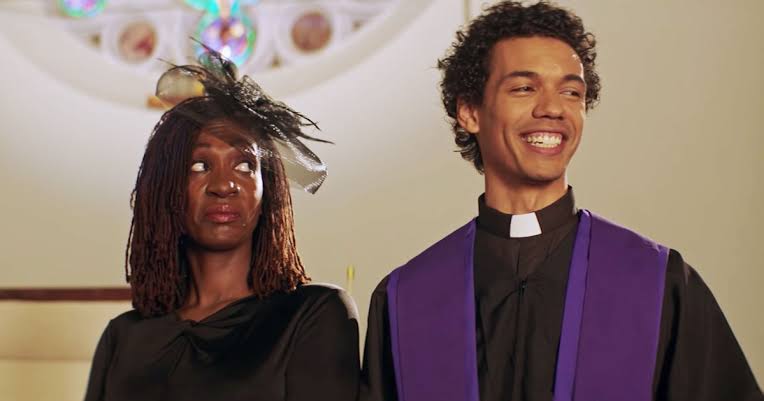 Jonathan Braylock, co-head writer of the show, expressed his feelings about the show, “I hope that Black creatives continue to use comedy as a lens to satirize and poke fun of society, culture and ourselves. But to be real, Black people have always done that. We are very good at turning pain or oppression into art and comedy. I hope we can be an inspiration for others behind us, the same way so many before us were the inspiration for Astronomy Club.”

The first season of the show left a good impression on viewers. Now the question is: will there be a Astronomy Club season 2? Before we talk about that, let’s first quickly go over the details of the show.

Astronomy Club Cast: Who is in it?

The Astronomy Club is a sketch comedy and improv group, based in New York. And this Netflix original, which is producer Kenya Berris’ second project with the streaming giant, features the troupe as they act on sketches and “use comedy to discuss complex and nuanced real-world topics,” such as pop culture, social issues and the black experiences in the US.

Launched in 2013 and branded as the first all-black house team at the Upright Citizens Brigade Theater, Astronomy Club is comprised of Shawtane Bowen, Jonathan Braylock, Ray Cordova, James III, Caroline Martin, Jerah Milligan, Monique Moses, and Keisha Zollar. All of the members make appearances in various episodes across the series.

James III first came up with the idea of this group since he wanted the perfect team that would be able to appear for an audition at Upright Citizens Brigade Theater. However, little did they know that they would progress to transition into UCB’s first all-Black house team.  According to Braylock, the name Astronomy Club holds a different meaning for different members. Elaborating, he said, “We like to say the name means different things to all of us. So depending on who you ask, the meaning has a different answer. Kind of like the Joker’s origin story in The Dark Knight.”

Astronomy Club Plot: What is it about?

‘Astronomy Club’, the series, features the titular sketch comedy troupe, who has managed to garner a dedicated fan following, owing to their charming and hilarious performances. With multiple live performances as well as a Comedy Central digital series, they now bring their charisma to Netflix. By cleverly blending relevant, contemporary subjects with weird antics, this show definitely manages to keep viewers entertained.

The show uses comedy to discuss complex and nuanced real-world topics. Combining honesty with levity, sketches explore an array of topics ranging from pop culture and social issues to the Black experience. Embracing an important cultural theme, it is yet another addition to Netflix’s slate of similar titles, which also include ‘Black Lady Sketch Show‘, ‘Key & Peele’, ‘In Living Color’, among others.

Some of the skits in the episodes include a different take on the popular Mary Poppins character as well as Robin Hood. Then, there is an event, Ice Cube Day, where a rapper makes a short performance. In other scenes, we see a woman as she does a jig on a plane and two females poking fun at one another at a traditional dinner party.

‘Astronomy Club’ has been conceptualized as a show within a show where every character plays a heightened version of themselves. In fact, it is a kind of fake reality series where the audience gets to know the troupe members.

‘Astronomy Club’ is an effort from Netflix to focus on the cultural revolution that forms a major part of contemporary society, where more women and men of color are getting an opportunity to tell stories related to their personal experiences. The tales are just meant to portray them as regular persons and do not have to be only about skin color or gender. And the show adopts a novel approach that aims to impact society in a positive way.

Astronomy Club Season 2 Release Date: When will it premiere?

‘Astronomy Club’ season 1 premiered on December 6, 2019, on Netflix. All of the six, 30-minute episodes landed on the same day on the platform.

As far as next season goes, we are sure that Netflix must have been encouraged by the response that the first season has received. So, it is quite likely that the network will renew the show for a second season. If renewed, ‘Astronomy Club’ season 2 will most likely release sometime in December 2020.

You can check out the official trailer for ‘Astronomy Club’ season 1 below: