When Does At Home With Amy Sedaris Season 3 Come Out? 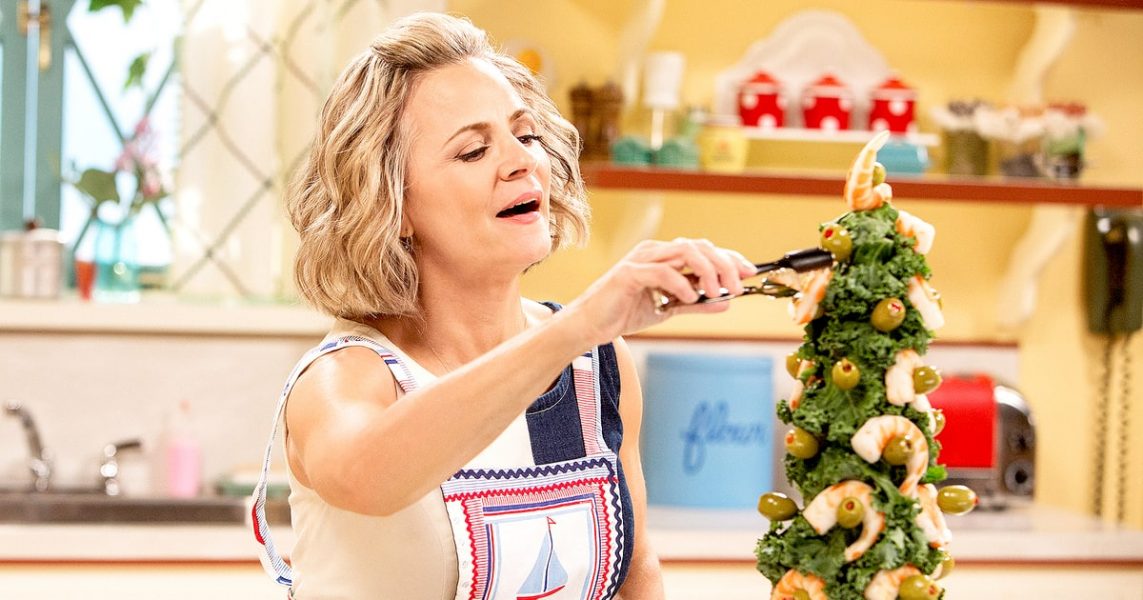 ‘At Home With Amy Sedaris’ is an American surreal comedy television show that airs on truTV. It first premiered on October 24, 2017. The show stars Amy Sedaris herself, who is also the creator, playing different characters, and taps into her love for entertaining, cooking, and crafts. She showcases her expertise and absolute uniqueness in mastering the art of homemaking.

In today’s world, people may undervalue homemaking, but as far as the fans of this show are concerned, they swear by her principles and believe that a home without an excellent host is not a home at all.  Upon release, the show quickly garnered a strong fan base, and won critical acclaim, with The New York Times saying, “each episode is a self-contained distillation of Ms. Sedaris’s talents and HGTV-meets-Adult-Swim sensibility. Even in an age of oddball TV experiments, there really is no place like At Home.”

Noting the positive response from fans, truTV renewed the show for a second and then a third season. Here’s all you need to know about ‘At Home With Amy Sedaris’ season 3.

At Home With Amy Sedaris Season 3 Release Date: When Will it Premiere?

The cast of ‘At Home With Amy Sedaris’ is led by Amy Sedaris in multiple roles as herself, Ronnie Vino, Patty Hogg, and Nutmeg. The recurring cast includes Heather Lawless as Ruth or the Lady Who Lives in the Woods, Cole Escola as Chassie Tucker, David Pasquesi as Tony the Knife Guy, and Paul Dinello appears in the role of Hercules and Barry Teaberry. The guest stars have included notable names like Paul Giamatti, Stephen Colbert, Neil Patrick Harris, Matthew Broderick, and Christopher Meloni.

In season 3, the show will see more guest stars make an appearance, such as Michael Cera, Jane Krakowski, Josh Hamilton, and Justin Theroux, among several others. Of course, Sedaris is going to return and keep amazing us with her unique brand of kooky humor.

At Home With Amy Sedaris Season 3 Plot: What Can it be About?

‘At Home With Amy Sedaris’ deals with a particular theme for a given day. From cooking abstract recipes to teaching how to make handmade crafts to gossiping on her life hacks, Amy Sedaris makes this amazing show fun and a relaxing family watch. The themes include poverty, grief, lovemaking, and most importantly, being the best homemaker and its benefits on the guests and the society at large are.

What stands out about the show is how it makes things refreshing, comforting, and darkly funny at the same time. As Sedaris walks us through the episodes, we see her manic peaks and depressive valleys, harmonizing effortlessly into her presentation of regular activities. While it makes the show’s appearance perverse, it has its share of striking humor, including an episode about a funeral that has some fine gallows humor. The show is more intriguing than just informative and has taken a turn from the homemaking bit into an area which is strange, and more haunting than it is humorous. Of course, all this is facilitated by Sedaris’ own morbid contemplations of death and her obsession with solitude, which turns the setting of her home in almost a Southern Gothic.

The New Yorker summed her show up very well, saying, “At Home with Amy Sedaris” (truTV) might be best described as a deviled egg spiritually possessed by an imp of the perverse. It’s a homemaker’s talk show elaborated as a Dadaist Carnival.” In season 3, we see Sedaris getting more psychological and going further inside the characters’ heads. There are lessons on how to survive in a foreign prison, trimming someone’s Jesus beard, and putting hot dogs at the end of a rake.

At Home With Amy Sedaris Trailer:

You can check out the season 3 trailer below: