Will There be an At Home With Amy Sedaris Season 4? 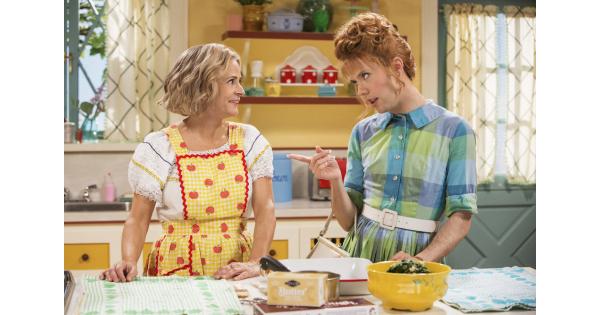 ‘At Home with Amy Sedaris’ is a surreal comedy-drama that first landed on truTV in October 2017. It is helmed by the titular Amy Sedaris, who enacts multiple comic versions of herself. The episodes are mainly inspired by her knack for creating entertaining content, engaging in crafts, and curating delicious recipes. The critically acclaimed show was also nominated under the Outstanding Variety Sketch Program at the 70th Primetime Emmy Awards. Owing to its popularity, within a short span, it has spanned three incredible seasons to date. And this makes us wonder if we will see its fourth iteration as well. Without further ado, let’s dive straight into the details of a potential season 4.

‘At Home with Amy Sedaris’ season 3 premiered on May 20, 2020, on truTV. It ended with its 10th episode on July 29, 2020. The latest outing witnessed almost similar ratings when compared to its previous editions. Therefore, in terms of numbers, it is highly unlikely that truTV will cancel a show that is doing so well. The hilarious, inventive, unbalanced, and twisted series has managed to keep fans entertained, without fail, in each of its seasons.

Moreover, since the show comprises self-contained episodes, there is no dearth of content to extend it for multiple installments. All one needs is more creativity and weird ideas for the episodes to continue. Based on audience response alone, we are highly positive that the comedy will be renewed for its fourth outing. Once that happens, we can expect ‘At Home with Amy Sedaris’ season 4 to premiere sometime in May 2021.

At Home With Amy Sedaris Season 4 Cast: Who Can be in it?

Amy Sedaris, the acclaimed actress, comedian, and writer, who is best known for her role in ‘Strangers with Candy’, serves as the central protagonist/host in the show. She stars as herself, Patty Hogg, Ronnie Vino, and Nutmeg. Since Amy is pivotal for the story to continue, she will definitely make a comeback in season 4 as well. Joining Amy in other recurring roles are Heather Lawless as Ruth, Ana Fabrega as Esther, Cole Escola as Chassie Tucker, David Pasquesi as Tony, Paul Dinello as Hercules and Barry Teaberry, and Moujan Zolfaghari as Puja. In the upcoming edition, we expect most of the above-mentioned stars to reprise their original characters as well.

At Home With Amy Sedaris Season 4 Plot: What Can it be About?

‘At Home with Amy Sedaris’ revolves around Amy, who displays her knack for diverse but necessary homemaking skills. For instance, in season 3, we follow her giving ridiculous tips, related to babies, Valentine’s Day, outdoor entertaining, Easter celebrations, first dates, travel, signature dishes, and inspiration, among others. Season 4 will stick to the same format and chronicle Amy’s various pursuits as she takes up different tasks — one at a time.