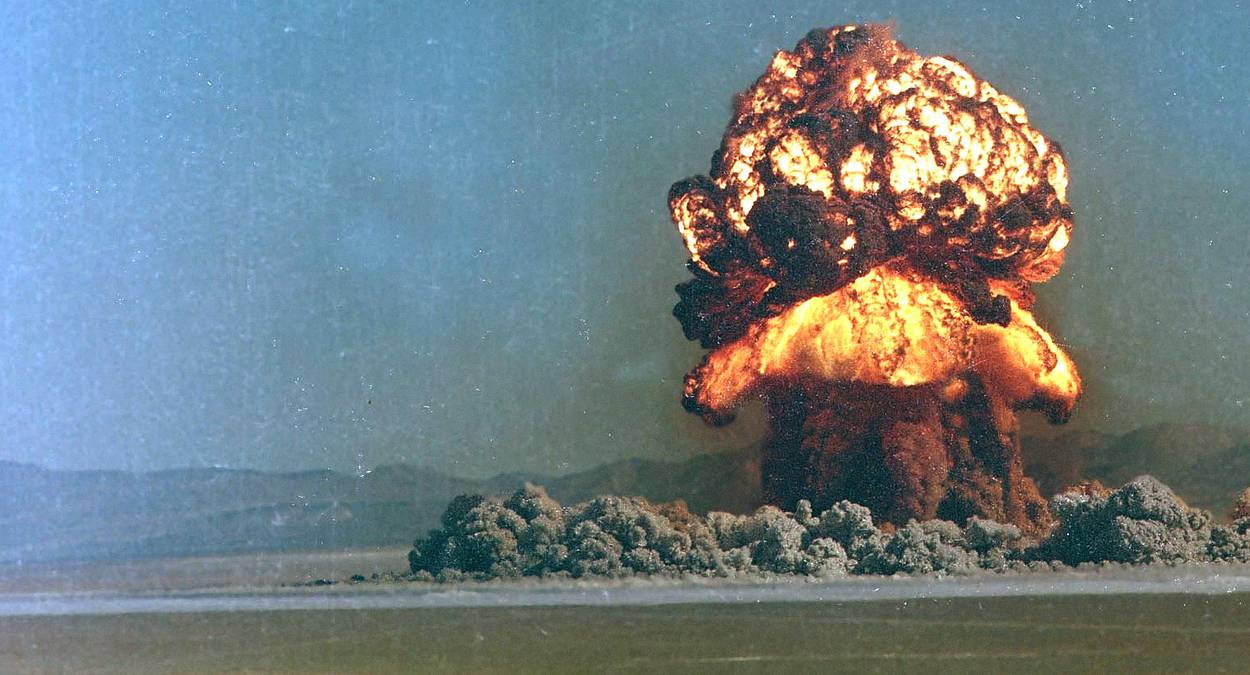 The fact that the atomic age has changed human civilization completely and that very few other achievements by humans in the 20th century can match up to the invention of atomic fission is known to all. The event showed to us that generating huge amounts of energy by controlled nuclear fission is possible. And though the elements which are used in the fission are radioactive, if proper protection is taken, the loss of lives can be avoided.

However, everything changed soon after humans came up with the idea that while controlled reactions can generate energy, uncontrolled reactions have a huge potential for destruction. And thus, the atomic bomb was born. America is the country that has been after various sources of energy like no other. As soon as nuclear fission was discovered, the country made a vow to win the atomic race. Another factor which charged them on was the Cold War they got involved in with Russia. The new series by the Smithsonian Channel, ‘Atomic Age Declassified’, delves into America’s commitment to winning the nuclear arms race.  John Cavanagh and David Royle are the executive producers of the series. Ed Fields and Tim Dilworth are the producers and Art Binkowski and Peter Coan are the series’ editors.

Atomic Age Declassified Cast: Who is in it?

‘Atomic Age Declassified’ sheds light on some of the most important figures in 20th century America who had a major part to play in America’s nuclear arms race. They are the major characters in the series. In the very first episode, people involved in the Manhattan Project are discussed. This includes Major General Leslie Groves, nuclear physicist Robert Oppenheimer, and their associates. Furthermore, the case of Ethel Rosenberg is discussed in the first episode. Scientists and astronomers behind Manned Orbiting Laboratory find their names being mentioned in the second episode. They helped America put up satellites in space to keep an eye on the entire world. The series also helps us in understanding why cameras became hugely important characters in the Atomic Age.

Atomic Age Declassified Plot: What is it about?

‘Atomic Age Declassified’ centers around the worldwide excitement during the middle of the 20th century regarding the numerous possibilities of nuclear energy. But the series does not focus on the many types of research which went behind the generation of nuclear energy. Instead, it covers the darker aspects of secrecy, fear, and paranoia which drove Americans to the forefront of the nuclear arms race. This is how the Smithsonian Channel describes the series: “The discovery of nuclear fission in 1938 had explosive ramifications around the globe during WWII and the decades that followed. From the moment it became clear that the splitting of atoms could create a huge new source of energy, America was committed to win the nuclear arms race at any cost. Recently declassified government files reveal just how far they were willing to go to fight the Cold War and protect their secrets. Examine the released documents and discover stories of space espionage, Hollywood propaganda, and apocalyptic battle plans.”

Episode 1 of this three-part miniseries is titled ‘Born With The Bomb’. The episode is dedicated to the most potentially dangerous research undertaken after the discovery of nuclear fission – the Manhattan Project, which led to the development of the two nuclear bombs, ‘Little Boy’, and ‘Fat Man’, which were eventually dropped on the Japanese cities of Hiroshima and Nagasaki respectively. It was a secret government project that began at Los Alamos.

The episode also sheds light on the famous case involving Julius and Ethel Rosenberg, who were accused of spying against their country and sending blueprints of nuclear weapons to the Soviet Union. Further, we come to know of a conspiracy against Robert Oppenheimer, the man who is considered the father of the atomic bomb. The secret documents which are declassified in the series also claim that there are instances of testing radiations on unsuspecting civilians and that America had prepared their plan of action if a World War III was going to happen, and according to their plan, America was ready to kill around 600 million people.

The second episode is known as ‘Spies In Space’. Here, we come to know about the Manned Orbiting Laboratory which America had used for over a century without the outer world having any knowledge of it. In this episode, we get to know the major impact this satellite had on how the events of the Cold War turned out. It is said that though the Apollo mission became famous for putting men on the moon, it was actually the Manned Orbiting Laboratory that helped America win the nuclear arms race by spying on its opponent. Last but not the least, in the third episode titled ‘Filming The Bomb’, we get to know of the immense advancements America made during the Cold War in the field of videography. The series claims that the government, in association with Hollywood, made a number of propaganda films during the Cold War for their own benefit.

Atomic Age Declassified Season 2 Release Date: When will it premiere?

‘Atomic Age Declassified’ Season 1 premiered on June 16, 2019. Many declassified files with government secrets from the Atomic Age are discussed in great detail in this three-part series. If you are interested in such theories and want to look critically at America’s role during the Atomic Age and the Cold Wa, you must check out the show if haven’t already.

As far as the next season goes, we don’t have an official announcement yet. Though considering the fact that the show was conceived as a miniseries, we believe that the show might not get renewed. If anything changes, we will update you about ‘Atomic Age Declassified’ Season 2 release date.

Unfortunately, the network has not released a trailer for ‘Atomic Age Declassified. But you can head over to the show’s homepage to know more.