Attack on Titan Season 4 Episode 14: What to Expect? 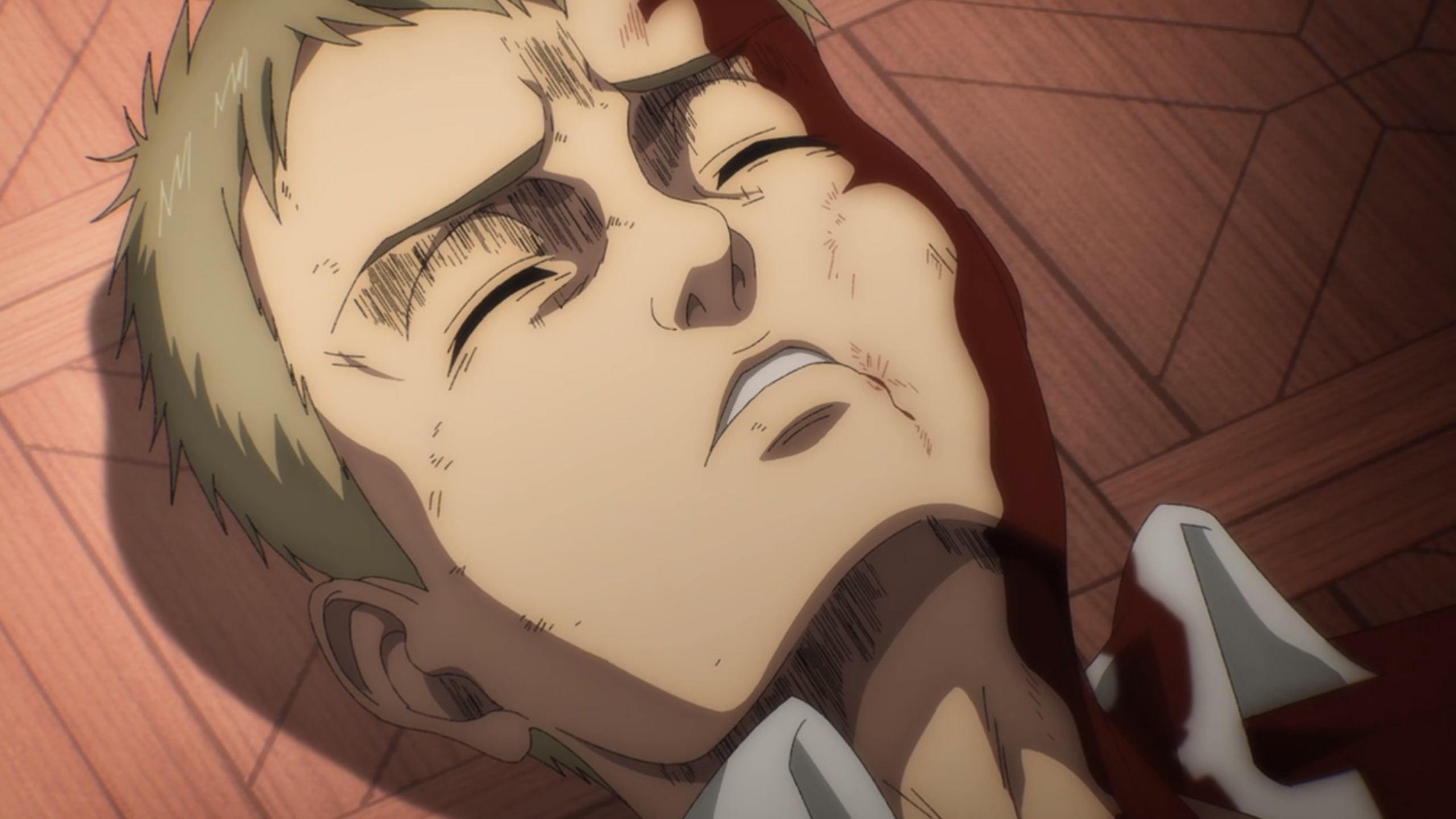 ‘Attack on Titan’ season 4 episode 13 is a poetically poignant iteration that highlights the grim aftermath of Eren’s attack on Marley and also Sasha’s death. Key characters like Gabi, Falco, Floch, Nicolo, and Zeke have conflicting ideologies and motivations that are constantly being challenged and re-evaluated. So, what can we expect next from this anime? Well, look no further because we answer this burning question for you.

‘Attack on Titan’ season 4 episode 14 was slated to release on March 15, 2021, at 12:10 am JST on NHK General TV. Unfortunately, the release of the episode (titled ‘Savagery’) has been delayed due to an earthquake in the Wakayama prefecture in Japan. Presently, there is no information about when the episode will release, but it seems likely that we will get to view it before March 21, 2021.

Where to Stream Attack on Titan Season 4 Episode 14 Online?

Season 4 episode 13 brings to our attention the first step of Zeke’s plan – distributing wine laced with his spinal fluid to the top-ranking officers of Paradis Island’s military. Effectively, in episode 14, we can expect to see Zeke finally enact his plan. If we go by the manga on which the anime is based, then it is likely that the soldiers with Levi in the forest will turn into mindless titans being controlled by Zeke. Consequently, not only will Levi have to fight Zeke, but he will also have to turn against his own comrades. In episode 14, we could also see how this plan affects the young Falco.

Apart from this, in episode 13, Eren approaches Mikasa and Armin and states that he wants to talk to them. It is likely that while Eren will not cooperate with the military, he will try to ensure that they stay out of his way, thereby reducing “unnecessary” annihilation. However, we also see that there is a cut on Eren’s hand. This makes us believe that if things don’t go his way, then Eren could just take on his titan form and continue with his plan nonetheless.

Zeke tells Levi that he used gas weapons combined with his spinal fluid to turn the people of Ragako into titans. Gabi, Falco, and Sasha’s family turn up at the establishment where Nicolo works. The Scouts also reach a few moments later. After an odd argument with Jean and Connie, Nicolo goes to an empty room, where Gabi and Falco approach him and reveal their Marleyan identities. On realizing that Gabi killed Sasha, Nicolo hits Falco with a wine bottle (after the latter pushes Gabi out of the way).

Nicolo then “presents” Sasha’s father with Gabi and asks him to avenge his daughter’s death. But Mr. Braus has no such inclinations and showcases compassion towards his daughter’s killer. Armin and Mikasa remove her from the room and tell her that they don’t want to harm or kill her. Gabi is unable to comprehend why the “devils” of Paradis Island have no ill-will towards her. Nicolo then states that Yelena had ordered him to serve the high-ranking officials of Paradis’ military with wine laced with Zeke’s spinal fluid.

Just then, Eren enters the premises, and his followers also hold the Scouts at gunpoint, asking for Zeke’s location. Hange tells Floch about the wine but then realizes that this faction has aligned itself with Zeke and is already aware of the plan. Back in the other room, Eren tells Armin and Mikasa that he simply wants to talk to them. He is also sporting a cut on his hand.