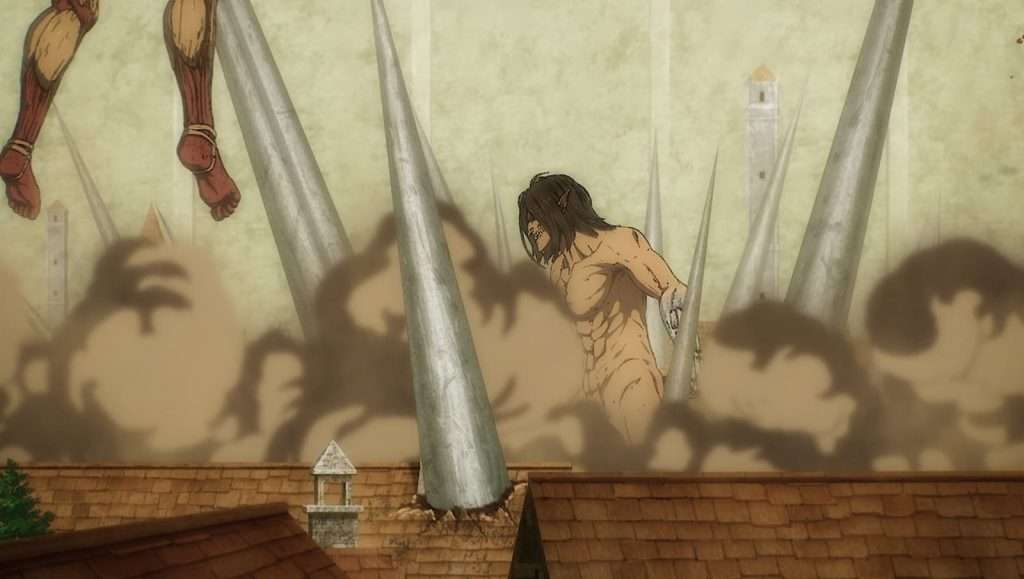 ‘Attack on Titan’s season 4 is split into two cours, and the first half of the season has kept everyone on the edge of their seats. So naturally, everyone wants to know where the show is headed. After all, the past few episodes have been nothing but enthralling, and with Eren and Zeke’s plan in motion, the future of both the Eldians and the Marleyans seems unsure. So, what can you expect from the next installment? Well, we’re here to answer that burning question.

Where to Stream Attack on Titan Season 4 Episode 18 Online?

‘Attack on Titan’ season 4 episode 18 will be available on Hulu at the date and time mentioned above. Apart from that, various platforms such as Funimation and Crunchyroll will also host the episode. Part 1 of season 4 is available on Amazon for purchase as well as for streaming on Adult Swim, and a few episodes are also available on SlingTV, so it may just be a matter of time before episodes from part 2 also make their way onto these websites.

There are some massive moments from episode 17 that still need to be addressed, and ‘Attack on Titan’ season 4 episode 18 — titled ‘Sneak Attack/Deception’ — will most likely shed answers on some of these issues. First and foremost, ever since Zeke detonated the thunder spear, Levi’s fate has hung in the balance. Although he was in a bad shape previously, Hange did not let Floch check Levi’s pulse, indicating that the Captain is still alive, even if he is in utter turmoil. Naturally, episode 18 could finally put this matter to bed.

While Levi has been the talk of the town, there is also the fact that Zeke survived the explosion. How? Who is the mysterious woman that saved his life, and what are the paths he claims to have seen? How does any of this tie into the larger picture? Well, these are all questions that episode 18 may end up shedding some light on.

Another protagonist from the series has suffered devastating blows in episode 17, and that is none other than Eren, who has been on the battlefield with Reiner’s Armored Titan, Pieck’s Cart Titan, and Galliard’s Jaw Titan. In fact, Reiner impales Eren with the very spikes that Eren created with his War Hammer Titan’s abilities, and it seems to be quite a serious injury (but not fatal). Episode 18 will most likely continue to show this battle between Reiner and Eren and how the latter will recover from it.

In fact, in response to the Marleyan ambush, many Eldians will also most likely take to the streets to defend their land. But will Armin and Mikasa come to Eren’s aid and rescue their childhood friend? Or will the two — who have been berated by a disillusioned Eren previously — finally take a stand against Eren and collaborate with the enemy forces? While there are many plot points that need to be tied up in the anime, you can check out a preview for episode 18 below.

Read More: Will Eren and Mikasa End Up Together in Attack on Titan?