Attack on Titan Season 4 Episode 7: What to Expect? 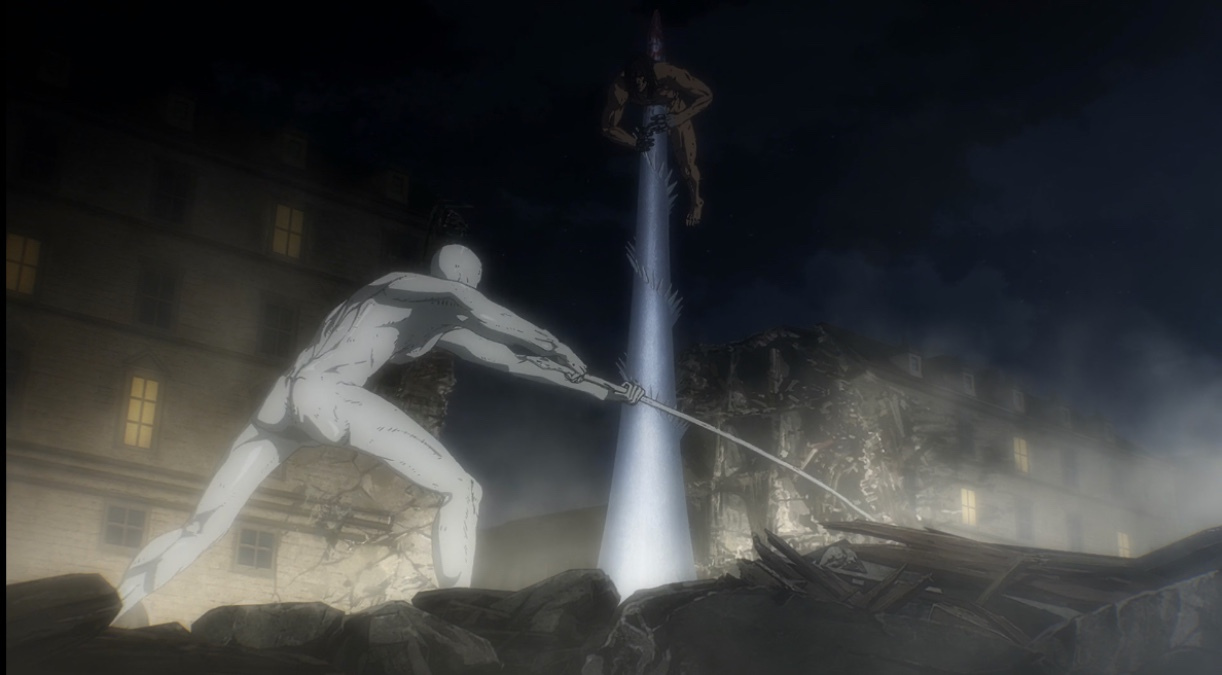 Season 4 of ‘Attack on Titan’ has really picked up its pace. In just 6 episodes, it has provided us with ample backstories and information, which really helps us understand the plight of characters like Reiner and Eren a lot more. In the latest episode, we even see the Attack Titan take on the mysterious War Hammer Titan. Episode 7 could tell us which side will prevail in the ongoing conflict, and if you want to know more about what you can expect, then we’ve got your back.

Where to Watch Attack on Titan Season 4 Episode 7 Online?

It is evident that the conflict will only get worse in episode 7. By the end of episode 6, the Jaw Titan tries to take on the Attack Titan, but Levi wittily cuts off his jaw muscle, leaving the Marleyan titan useless. From the preview, we know that the other Marleyan warriors such as the Cart Titan and the Beast Titan will join the fight, but they will also face strong attacks from Eren’s accomplices.

One big question that is not addressed throughout episode 6 is Falco’s whereabouts. We expect that the next episode will shed more light on this. In fact, it is likely that Reiner gets injured after Eren turns into a titan. Going off of the manga, it could be possible that he has trouble regenerating. But Gabi and Falco could play an important role in reviving him. We doubt it is the end of the road for the Vice Chief just yet.

It is revealed that Willy was willing to be used as bait, and in fact, felt that unless Eldian civilians and he were to die, people would not sympathize with Marley. In the present day, Eren continues to eat Willy, thinking that he is the War Hammer Titan. However, it is actually Willy’s youngest sister who has inherited the titan and the two of them fight each other. In the meanwhile, Magath prepares his forces.

The War Hammer Titan has a special ability in that she can use the titan hardening power to create weapons at her own will. So, she impales the Attack Titan on a spike. Porco and Pieck are rescued by the Panzer Unit. It seems as though Eren is fighting a losing battle. But just as the War Hammer Titan is about to kill him, Mikasa intervenes and launches many thunder spears in the enemy titan’s nape. The rest of Eren’s accomplices also join the fight.

Magath wants to ensure that the War Hammer Titan can eat the Attack Titan since he feels as though that is the only way to end the conflict permanently. On the battlefield, however, the War Hammer Titan is heavily ambushed but still doesn’t perish. But Eren makes some poignant observations and tells Mikasa that he has a plan. Gabi, fuelled by the deaths of Udo and Zofia, also wants to be a part of the battle.

Mikasa keeps on attacking the War Hammer Titan and Eren realizes that the enemy titan’s body forms from the feet and not the nape, as is the norm. He observes a white cord and realizes that the Tybur sibling’s body is underneath the stage. He snaps the cord and gets ready to eat the crystallized body. But just then, the Jaw Titan attacks him. Thanks to Levi, who has cut his jaw muscle, Eren is saved from the Jaw Titan. The soldiers from Paradis end up cornering the enemy titan.