Everything We Know About the Upcoming Avatar Game 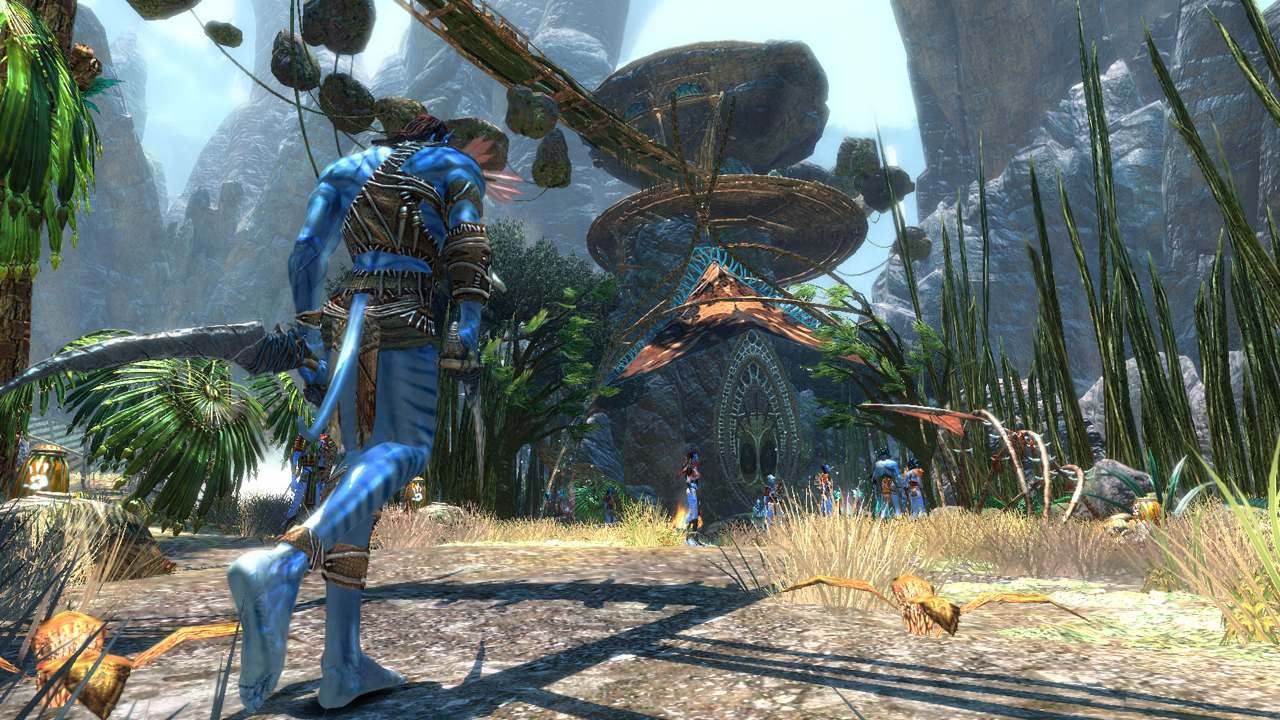 The original ‘Avatar’ released in 2009 was a bona fide cultural phenomenon whose ripples can be felt in the world of popular culture even today. Anytime someone mentions blue aliens or mysterious alien worlds, the conversation inevitably turns to ‘Avatar’, the lush planet of Pandora, and its native Na’vi inhabitants.

The film was an unexampled success of gargantuan proportions, raking in over $2.7 billion at the Box Office and holding the all time top spot until it was recently dethroned by Marvel’s ‘Avengers: Endgame’. The influence of ‘Avatar’ went beyond simple commercial appeal, as the movie pioneered and popularized the motion capture and 3D technology that is a staple of the big budget Sci-Fi blockbuster today.

The release of the original ‘Avatar’ movie coincided with the launch of a companion video game titled ‘James Cameron’s Avatar: The Game’ in December 2009. The game had the approval of James Cameron himself and was meant to serve as a supplementary experience that allowed fans of the franchise to rediscover the world of Pandora in an interactive manner.

With ‘Avatar’ finally set to get a sequel by 2021, it seems like Cameron is still enthusiastic about the idea of complementing his cinematic chef-d’oeuvre with a video game set in the world of Pandora. Back in the Game Developers Conference (GDC) 2017, French video game company Ubisoft revealed that an all new game based on James Cameron’s ‘Avatar’ is in the works, with the expected launch date to coincide closely with the upcoming movie. Read on to find out everything we know about the as yet untitled ‘Avatar’ game currently in development.

Developed by Ubisoft Montreal, the 2009’s ‘James Cameron’s Avatar: The Game’ was based in the same timeline as the movie, and the story served as a prequel to the events in ‘Avatar’. The game boasted impressive production values with cutting edge graphical fidelity and an all star cast of actors including Stephen Lang, Sigourney Weaver, Michelle Rodriguez and Giovanni Ribisi who all reprised their roles from the film.

In ‘James Cameron’s Avatar: The Game’ you play as Able Ryder, a signals specialist who arrives at Pandora in the year 2152, two years before Sam Worthington’s Jake Sully arrives on the planet in the film. However, Ryder has no time to settle in as pretty soon Pandora erupts in an all out war between the RDA Corporation and the indigenous Na’vi people. Put in a difficult position by the whimsy of circumstance, Ryder must now make a choice – should he side with his fellow hawkish humans or the alien Na’vi?

Despite not setting the world on fire, the game was fairly well received for its time, garnering mostly positive reviews and managing to turn a profit for publisher Ubisoft. However, it was also criticized for being a fairly generic Third Person Shooter game with a linear gameplay structure that failed to leverage the full awe-inspiring potential of the world of ‘Avatar’.

What Can We Expect From the New Avatar Game?

The upcoming film is reportedly set twelve years after the events of ‘Avatar’; Jake Sully has become a family man, adapting to the Na’vi lifestyle when the RDA Corporation make their inevitable return to take back Pandora.

This opens up the possibility of an ‘Avatar’ game set in between the events of ‘Avatar’ and ‘Avatar 2’. Ubisoft has become something of a master of Open World games over the past decade or so, with numerous ultra successful franchises like ‘Assassin’s Creed’, ‘Far Cry’, ‘Watch Dogs’ and ‘Tom Clancy’s The Division’. They certainly have the experience and technical talent to be able to pull off a massive Open World action exploration game set in the verdant planet of Pandora. With Ubisoft expanding to include RPG mechanics in the recent ‘Assassin’s Creed: Origins’ and ‘Assassin’s Creed Odyssey’, features like interactive dialogue, branching story paths and comprehensive progression trees are also a distinct possibility.

Another exciting possibility is the addition of Virtual Reality (VR) support. Increasingly, AAA publishers have warmed to the idea of VR in their blockbuster games, with notable examples including Bethesda’s ‘The Elder Scrolls V: Skyrim VR’ and ‘Fallout 4 VR’. The original ‘Avatar’ movie was famed for embracing the futuristic (at the time) 3D cinema technology; it would be apt if the new ‘Avatar’ game did the same for Virtual Reality in video games.

Developers: Who Is Behind the New Avatar Game?

The new ‘Avatar’ game is being developed by Malmo based Swedish video game developer Massive Entertainment in partnership with Lightbox Entertainment and Fox Interactive. The game will be published by Ubisoft.

Massive Entertainment is a first party Ubisoft Studio best known for creating the popular Online Action Role Playing Game (RPG) ‘Tom Clancy’s The Division’, and its sequel ‘Tom Clancy’s The Division 2’. They certainly have the pedigree to craft a phenomenal open world experience in the world of ‘Avatar’. Former EA/DICE veteran and producer for ‘Battlefield 1’, Patrick Bach has been hired to collaborate with Massive Entertainment and guide the project.

When Will the New Avatar Game Launch?

Although there is no concrete release date for the ‘Avatar’ game yet, we can certainly indulge in some informed speculation. Ubisoft have previously iterated their goal of releasing the game around about the time when ‘Avatar 2’ releases. Although initially slated for a December 2020 release date, the premier of the movie has now been tentatively pushed back to 17 December 2021. If the history of the franchise is any precedent, that is also when we can expect the game to launch.

Being a Ubisoft title, we can expect the ‘Avatar’ game to launch on PC, PlayStation 4 and Xbox One, with the distinct possibility of a cross generational release on the upcoming PlayStation 5 and Xbox console.

While we wait for the new ‘Avatar’ game to come out, you can watch the trailer for ‘James Cameron’s Avatar: The Game’ right here:

Read More: Everything We Know About Avatar Movie Sequels