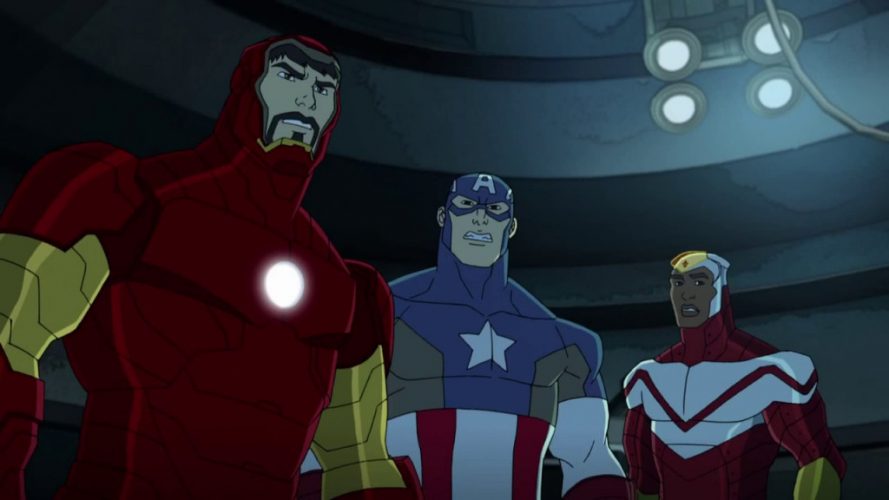 The Marvel Cinematic Universe is undoubtedly one of the mightiest media franchises of superhero movies in current times. Avengers Assemble is an American animated television series based on the superhero comics by Marvel. It was bought into the picture after the excellent run of Avengers: Earths Mightiest Heroes and to reap the benefits of The Avenger’s 2012 film’s success. It has been running for 5 seasons now with every season having different arcs. Avengers: Ultron revolution (season 3), Avengers: Secret Wars (Season 4). The fifth season is themed after Black Panther, the 2018 American superhero film – the eighteenth film of the MCU that blew everyone’s mind when it made box office history not only by earning a whopping amount of $1.346 billion worldwide but also for getting nominated for the prestigious Academy Awards in multiple categories including “Best Picture”. Seven months after the record-breaking movie, it does not come as a surprise when an animated version of the same superhero was launched on Disney XD.

Avengers Assemble Cast: Who’s in it?

The fifth season of the show features James Matthis III as Black Panther, Daisy Lightfoot as Shuri, Scott Porter as White Wolf, Roger Craig Smith as Captain America, Mick Wingert as Iron Man, Keston John as Killmonger, Trevor Devall as Kalue, David Kaye as Baron Zemo, Wynn Everett as Madame Masque,Matthew Mercer as Tiger shark, Ashleigh Hairston as Bask, and Mark Hamill as Arnim Zola. The cast will be set according to the theme that is set for the upcoming season. There might be new additions to it depending on who the central character would be.

Avengers Assemble Plot: What is it about?

The previous seasons have explored the Ultron Revolution and Secret war arcs. In the fifth season, the team heads to Wakanda to help Black Panther and Shuri as they take down the Shadow Council and need every superhero they can get on their side. We see how T’Challa fits in with the Avengers and his relationship with his kingdom. We also see him struggling to prioritize his responsibilities as a superhero, a king, a brother, and an Avenger. His relationship with Shuri is paternal. Shuri is without a doubt one of the most important characters of the Black Panther series. She is fiercely loyal, witty, sassy and a great sidekick to her brother and their witty banter is one of the highlights of the series. Her character is one of the most enjoyable in the season. That is not all for humour, the exchanges between Tony and T’challa are also something to look forward to, ”we’re practically family!”, Tony tells T’challa, to which T’challa shoots back with “What’s my favourite colour?” stumped Tony replies “I’m gonna go with…black?” How we have missed the jokes!

The fifth season of the show lets us know more about the reluctant King of Wakanda, who he is, his struggles and his relationships. This series takes place after the Avengers Secret wars, which leaves the team completely changed. The season has the Shadow Council as the main adversaries. Spider-Man is also seen in this season along with the Vulture. This season also has the last animated appearance of comic book legend Stan-Lee. Let this show tide you over till we see our favorite superheroes on the big screen again.

We can expect season 6 to introduce Kang the Conqueror, one of the most powerful villains in the Avenger’s universe who is a time traveller and has appeared in several alternate versions throughout the comics (his future self immortus as well as a young heroic character named Iron Lad). There could be a Second Civil War which is a crossover in which the superheroes will be once again seen in the opposite teams led by Iron Man and Captain Marvel when a new Inhuman named Ulysses who has the ability to see the future emerges. World War Hulk with Hulk as a central character which is also a crossover and depicts hulk’s exile and his imminent return to earth for revenge or New Avengers could also be explored.

Avengers Assemble Season 6 Release Date: When will it premiere?

Avengers Assemble season 5 premiered on September 18, 2018 on Disney XD after being announced on the Marvel Animation Panel at Comic-Con International in San Diego. The first couple of episodes covered the Shadow arc and once all the pieces of the puzzles were assembled, the gang got ready to fight and protect everyone from the incursion of the Shadow Council. The season has covered 23 adventurous episodes so far, the 23rd marking its end.

There have been no updates yet on when the next season will premiere but we are well aware that the series is much loved and has a huge fan base worldwide and hence, we can be sure that Avengers Assemble season 6 release date could fall sometime in September, 2019.

Get a sneak peek below of all the action adventure, camaraderie, and jokes you can expect in the show this trailer of Avengers Assemble season 5.