Where To Stream Avengers: Infinity War? 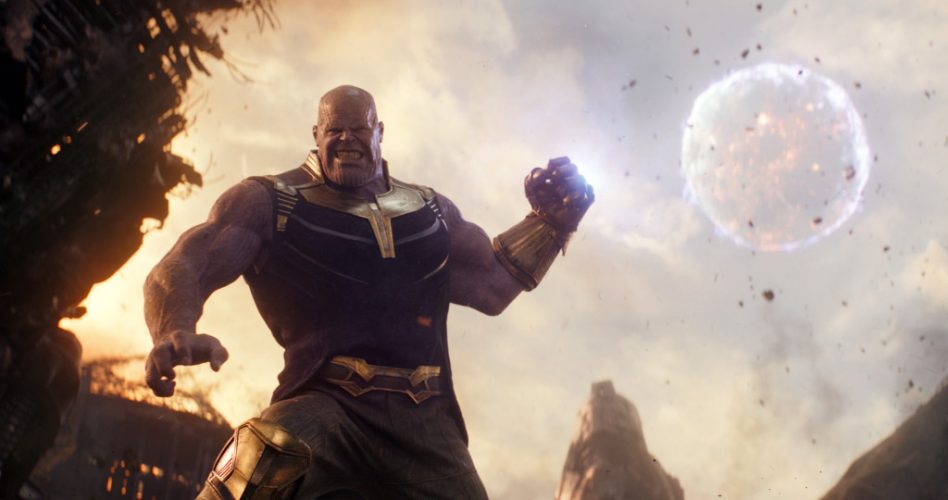 Many years of amazing Marvel movies culminated in the cultural phenomenon known as ‘Avengers: Infinity War’ in 2018. Helmed by Anthony and Joe Russo, under the masterful orchestration by Kevin Feige, it seemed as though all the moments in the MCU, ever since Iron Man was introduced, led to this moment — the confrontation with an invincible villain.

The films have been introducing the Infinity Stones and teasing us about their power for a long time now, but ‘Avengers: Infinity War’ is the first time where we see that all the stones are being wielded by the same individual, and the power is truly something to behold. Before you get confused, let us tell you that the Infinity Stones all have their unique powers, and the six stones are – Mind, Power, Reality, Soul, Space, and Time. Thanos, the big bad villain, is the one who harnesses the power of all of these. Naturally, it takes the might of the entire Avengers, aided by the Guardians of the Galaxy to try and stop him. This results in some fantastic fight sequences that are peppered throughout the film, and the movie itself ends on a note that will leave you wanting more as you eagerly anticipate the second part of the movie titled ‘Avengers: Endgame‘.

Since ‘Avengers: Infinity War’ went on to become one of the best MCU movies to date, there is very little possibility of viewers having missed this movie. However, the action and emotions in this film warrant several re-watches, and if you have not seen it, you are in for a wonderful time as the earth’s and the universe’s mightiest heroes get together to try and put a stop to Thanos. Before we tell you where you can watch ‘Avengers: Infinity War’, let us walk you through the story.

What is Avengers: Infinity War About?

‘Avengers: Infinity War’ begins with Thanos well on his way to assembling the Infinity Gauntlet. We see him obtain the Power Stone from Xandar (which we saw in ‘Guardians of the Galaxy‘) before he attacks Thor and his people aboard the spaceship they used to escape in ‘Thor: Ragnarok’. Trying to get the Stone from the Tesseract, Thanos and his lieutenants kill Loki, defeats Thor and Hulk and kills Heimdall too. Thanos sends Hulk to earth, and we see that his lieutenants are every bit as deadly as he is.

The battle soon shifts to earth, before Bruce Banner (no longer in his Hulk form) manages to warn Doctor Strange about Thanos’ plan to wipe out half of all life in the universe. They are joined by Iron Man and Spider-Man, but even together, they have a tough time containing two of Thanos’ lieutenants. We see the other two attacking Wanda Maximoff or Scarlet Witch and Vision, trying to get the Stone Vision possesses. However, this attempt is thwarted by Captain America, Black Widow, and Falcon. They plan to head to Wakanda where Black Panther lives, to use their tech to remove the stone from Vision. Meanwhile, Thor is saved by the Guardians of the Galaxy.

The Guardians try to stop Thanos from obtaining the Reality Stone from the Collector, while Thor gets a battle ax made, which is capable of killing Thanos. The villain’s struggle for power is not without sacrifices, as he has to kill his adoptive daughter Gamora, to get the Soul Stone. This brings us to two climactic battles in the movie, one which unfurls on Thanos’ home planet, Titan, and the other which takes place in Wakanda.

On Titan, Iron Man, Spider-Man and Doctor Strange team up with Starlord, Nebula, Drax, and Mantis. Together, they are able to subdue Thanos long enough to almost get the gauntlet out of his hand, but Starlord is overcome with emotions when he realizes that Thanos killed Gamora, and he attacks him, inadvertently helping Thanos break free from the group’s efforts to subdue him (We still haven’t forgiven Peter Quill for that!).

Anyway, Thanos manages to seriously injure Iron Man, prompting Doctor Strange to give up the Time Stone. With only one stone left to collect, he goes to Wakanda to take it from Vision. On Wakanda, a bloody battle ensues, with Thanos’ generals falling quickly. Armies clash, and there is a lot of action to be enjoyed here, not to mention Thor’s entry, that is befitting of the God of Thunder. However, Thanos manages to get the final stone and though Thor lands a devastating strike, he is too late. Thanos snaps his fingers, wiping out half the universe’s population and teleports to a different planet where we see him watch the sunrise.

After the snap, which ‘Spider-Man: Far From Home‘ calls the ‘blip’, Barnes, T’Challa, Groot, Maximoff, Wilson, Mantis, Drax, Quill, Strange, and Parker, as well as Maria Hill and Nick Fury, disintegrate, but not before Fury manages to send out a distress signal to Captain Marvel.

There is almost an eerie silence at the end of the movie, an anticipatory wait for ‘Avengers: Endgame’, but in the meanwhile, let us tell you where you can watch ‘Avengers: Infinity War’.

Is Avengers: Infinity War on Netflix?

Netflix is one of the premier content providers and they have a well-stocked library of Marvel movies. Thus, it comes as no surprise that one of the most popular Marvel films, ‘Avengers: Infinity War’ is present on Netflix. You would be wise to watch it as soon as possible because with Disney bringing out their own streaming service Disney+, that will host all Marvel content under one umbrella, the movie could be leaving Netflix soon. Watch ‘Avengers: Infinity War’, here.

Is Avengers: Infinity War on Hulu?

Hulu has a lot of Marvel content but most of it includes television shows. Unfortunately, ‘Avengers: Infinity War’ is not on the streaming platform, but if you are in the mood for Marvel movies, where it is touch and go for our superheroes, you can check out ‘Iron Man 2‘.

Amazon Prime has one of the most enviable libraries right after Netflix. However, they do not seem to have ‘Avengers: Infinity War’ in their library. But this is no cause to feel sad because you can rent or buy the film on Prime and then stream it. It costs $3.99 to rent and $19.99 to buy the HD version, and $2.99 to rent and $14.99 to buy the SD version. Unless you are set on keeping the movie in your library, we recommend you rent the HD version, because the visuals are worth it. You can watch ‘Avengers: Infinity War’, here.

Where Can I Stream Avengers: Infinity War Online?

You must be wondering about what to do if you do not have a Netflix or Amazon Prime subscription. Well, that is no cause for concern, because you can still watch ‘Avengers: Infinity War’ online. Head over to YouTube, Vudu, or FandangoNow, to rent or buy the movie, and then stream it. While YouTube has the same prices as Amazon Prime, that is $2.99 and $14.99 to rent or buy the SD version, and $3.99 and $19.99 for the HD version, Vudu has the same prices, except for the added option of an ultra HD version which can be bought for $24.99. FandangoNow has the same price listings as Vudu, so we leave it in your capable hands to decide which version is best for you. Our suggestion would be to rent the HD version.

Where Can I Watch Avengers: Infinity War Online For Free?

We cannot forget about the freeloaders, who might not want to spend money on re-watching ‘Avengers: Infinity War’, or who might want to watch it before making a financial commitment. Well, we recommend you head over to Netflix, and use their free trial period to watch the movie. Since it is a one week trial period, you should be done way before your time is up.

As usual, we urge all our readers to spend money on any art that they consume, especially if it is a cultural phenomenon like ‘Avengers: Infinity War’.